Words in the Wild 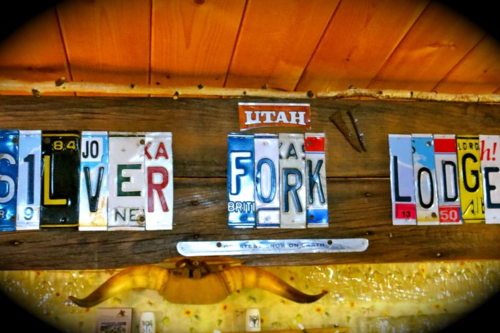 (At one of Margene's favorite places!)

Words to Hold Onto

Sometimes, I find words that particularly resonate with me. 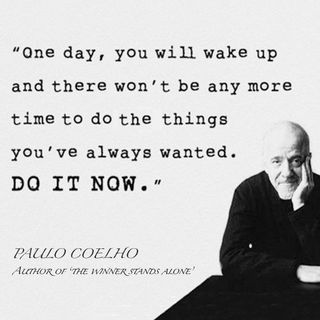 Words on a Building

Whenever I walk down 8th Street in downtown Holland, Michigan, I notice these words on one of the buildings . . .

to imagine the possibilities.

Words in the Wild . . . Clever Marketing

When Erin was in town last week, we made a couple of trips to one of our favorite local restaurants, Food Dance, for breakfast (arguably, Erin's favorite meal of the day).  Food Dance is known for creating a fabulous menu using fresh, local ingredients.

I appreciate their food and sustainable practices.

I also love their clever marketing!

How about this poster for their grilling classes? 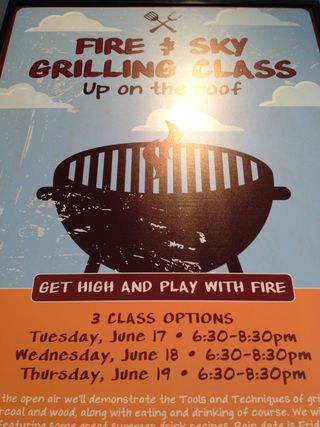 Or this banner in their parking lot?  (They are only a block away from the festival site in downtown Kalamazoo.  And we have a LOT of festivals here.) I bought a new pair of running shoes* months ago, and found these words on the box . . . 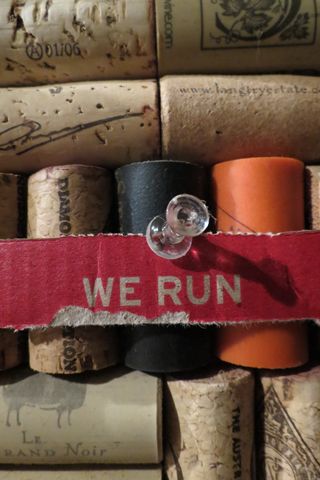 I cut the words out and tacked them on our corkboard.

Because they are true.

In our house, We Run.

Until last August, when I decided to Just Do It.  I started running with the Couch-to-5K app on my phone.  And I just kept going.

I don't love it, really.  But I don't mind it as much as I thought I would. 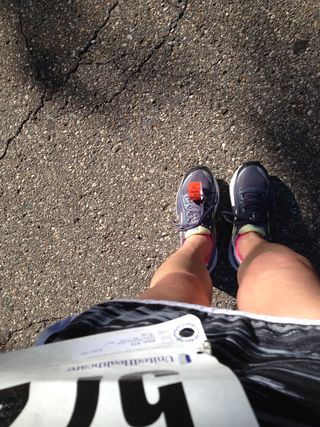 Although we don't run together! 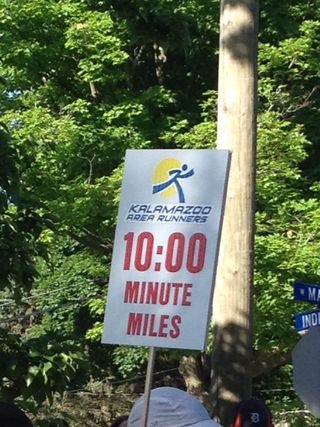 Because one of us has a much slower pace than the other! 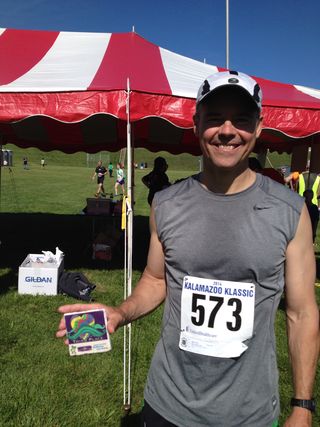 while the other one still has a mile to go!

(But that's pretty much the best part for me . . . because I have my own cheering squad at the finish!)

We had a fun time running the Kalamazoo Klassic 5K last Saturday -- with much to celebrate at the end.  One of us . . . got a personal best time . . . 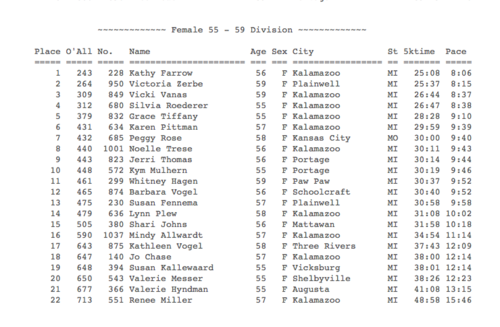 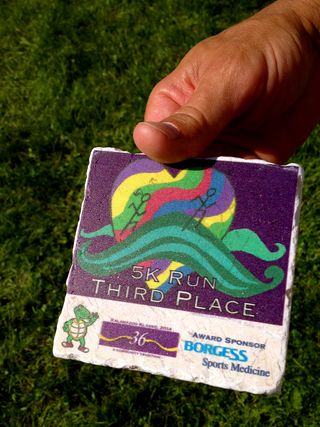 * Those shoes have since been replaced.  Because they made my knees hurt.

I put these words up in my garden this year.   As a gentle reminder. 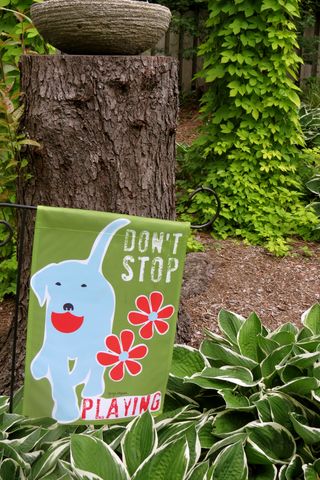 And, in case I forget, I have these two real-life reminders to inspire me! 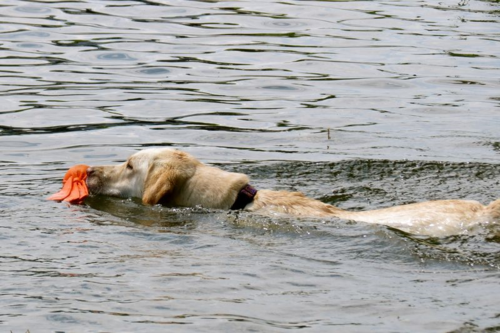 (And if you haven't seen this video yet, check it out!  Such dog joy!  With some amazing cat joy, too.) 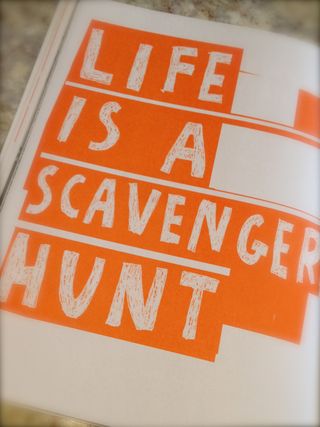 Words on the Sill

An important reminder . . . right on the window sill in my laundry room. 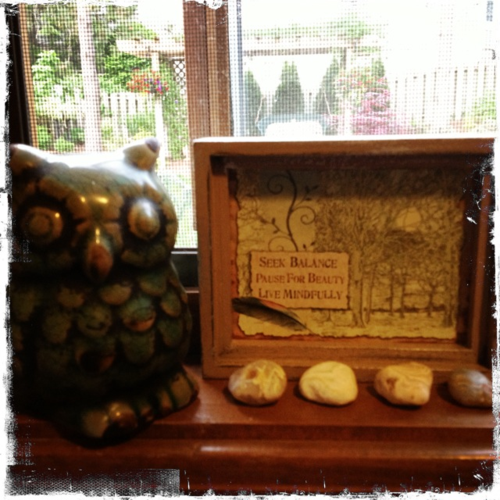 Words on a Reminder Card

I was really happy to receive this post card reminder in my mailbox last week: 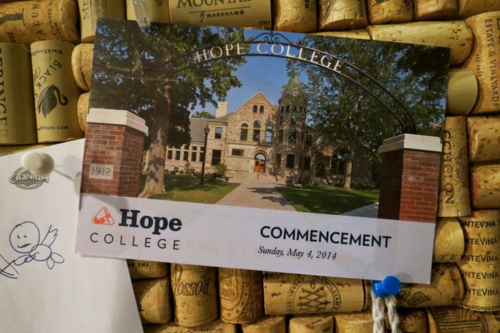 Words in the Window

Seen in a shop window in downtown Holland . . .