FOUR Tuesdays ago . . . I sat there, watching my computer bring me election updates, stunned.

And, really . . . four Tuesdays later, I'm still pretty much there.  (Although I am sleeping through the night now, so that's a plus.)

After giving the whole thing quite a bit of thought (and a lot of angst), I've decided that, really, the only way to deal with post-election madness and the upcoming (gulp) DJT presidency is to take ACTION.

On Tuesdays, I'm going to put together some sort of ACTION-related blog post.  Sometimes, I'll pass on direct actions you might choose to take; sometimes, I'll share information; and sometimes I may even bring you something to laugh about.  My aim is to provide information we can use . . . to stay informed, prepare ourselves, raise our voices, and make a difference.  Because one thing is for sure . . . I can't just sit here.  I need to do something!

So.  Where to start?  (Because there is just So Much.)

This morning, as I was driving to the gym, I heard this story on NPR.  (I can't find the NPR story I heard, so the link from ABC news will have to do.)  An off-duty police officer, who also happens to be a Muslim woman, was subjected to verbal threats by an angry man in her Brooklyn neighborhood.  (The man has since been charged with menacing as a hate crime.)

This type of news story is becoming increasingly more common.  It certainly seems that hate crimes are on the rise since the election (actually, since the campaign madness).*

It gets me thinking. . . What can I DO if I encounter someone being harassed?  How would I take action?  How could I help?  I want to be prepared. 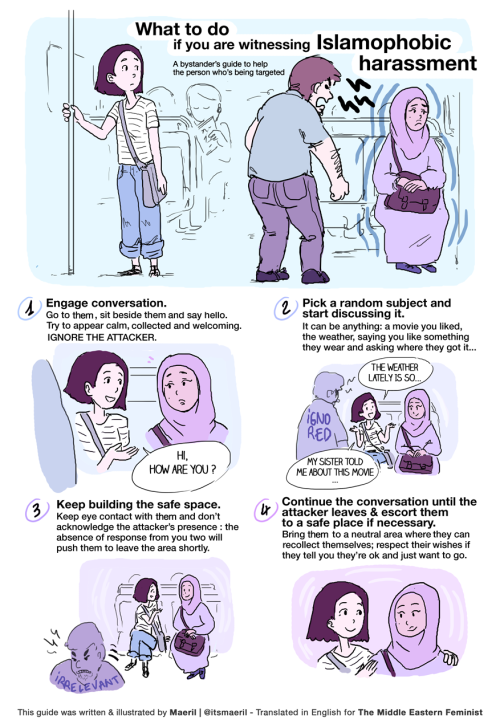 This short video by Films for Action also provides practical advice for what to do if you are a witness to harassment.

While I'm hoping I don't encounter this kind of situation, at least I'm feeling more prepared and ready to act.

“Never doubt that a small group of thoughtful, committed, citizens can change the world. Indeed, it is the only thing that ever has.”
---Margaret Mead

*  Here's an interesting article about hate crimes reporting and the difficulty in obtaining meaningful, consistent data.  While it certainly does seem that hate crimes are on the rise, it is difficult to state with clarity how much.

Looking for the Good

It's November . . . a month that we typically associate with thanks and gratitude and abundance.

But, y'know?  Sometimes it's challenging to keep gratitude foremost in our minds.  Sometimes it's just too much.  And sometimes, well . . . let's just say it's been a bit of a rough year around here.

So I'm working hard to find the good.

Yesterday, it was just a small thing. 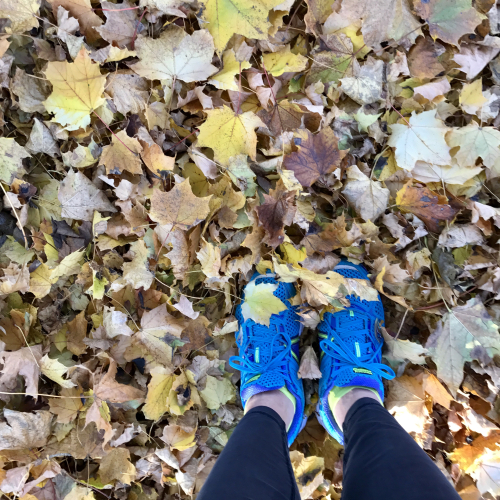 Yesterday, I realized how grateful I am that most of the trees in my yard are conifers, or are deciduous trees that drop their leaves right in my garden beds where I use them as mulch.  (I am also a firm believer in mowing fallen leaves into your lawn as fertilizer -- a Master Gardener Smart Gardening practice.)

So, yeah.  Yesterday, I was grateful that this huge pile of crunchy, fallen leaves . . . isn't mine to deal with!

Posted at 08:14 AM in Counting My Blessings, Little Bits of Good, NaBloPoMo | Permalink | Comments (10)

"Do your little bit of good where you are; it's those little
bits of good put together that overwhelm the world." 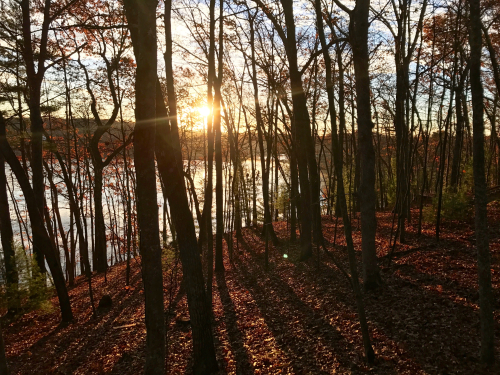 Okay.  I'll admit that as I lay in bed, not sleeping, on election night . . . I only felt disappointment, disbelief, and deep, deep despair.

Then I got angry.

To DO SOMETHING, for crying out loud.

Because I really do care that all people feel safe and secure and protected.  I think that even the very language we use should reflect respect for one another.  I believe in protecting our environment -- and that we should be doing a whole lot more to address climate change.  (Which is real.)  I believe that a rising tide raises all boats.  I believe in hope -- not fear.

I started doing some real soul searching . . . How can I move forward?  What can I do that might actually make things better for someone (or some concept) threatened by this horrifying new political reality?  Are there ways I might be able to make a difference?

I started by making a list of some of my biggest concerns.  And then, I started brainstorming about ways I could address them.

Here's what I've come up with so far:

This is just a start; I'm still brainstorming and thinking.  I want to make sure I'm doing my part to protect threatened people and causes that I care about.

I'm ready to DO SOMETHING -- and these little bits of good will add up.