For about two-and-a-half weeks, we've had this weird spring weather pattern here in my corner of the universe. It's been really cold, but . . . not like a normal spring cold snap. Those usually come and go in any northern spring -- a threatened overnight frost following several teasingly summer-like days is normal and expected around here.

But, nope. This cold snap . . . was not "snappy" at all. Frigid air and biting winds swooped in for a long visit. Too long. It was a real drag! And for some reason, it really dragged me down. I don't usually let the weather stop me from getting out in the garden (too much), but these past couple of weeks, it kinda did. 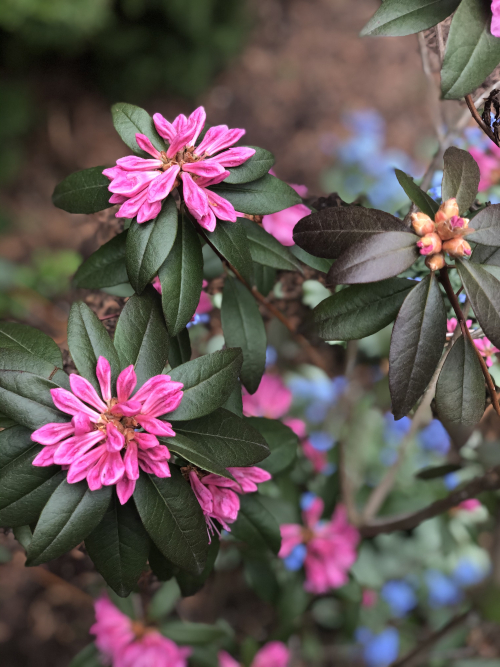 It was like a freeze frame in the garden! And apparently for me, too. It was like Mother Nature hit PAUSE. And there we were.

Trees that were blooming when the cold moved in (my redbuds and my viburnum, for example) just held onto their blooms the whole time. Normally, those blooms don't last very long - because warm sunshine moves things along quickly in the spring. So it was nice to have those blooming trees stuck in a time warp. And buds . . . just stayed tight buds. (Good thing. Because that protected the tender blooms from the freeze.) The only thing that took a real hit was my azalea (pictured above). It looked just like it did in the photo - with the blooms just opening up - when the cold front moved in. Nearly three weeks later, it looks the same. Only with frost damage. It won't be blooming this year.

Well. I guess I took a hit, too -- in terms of my emotional and mental health. The freeze frame in my garden . . . extended to me, too. (Languishing, I tell you. It's a real thing.) I would've been okay with a typical cold snap. This one just hung around too long. 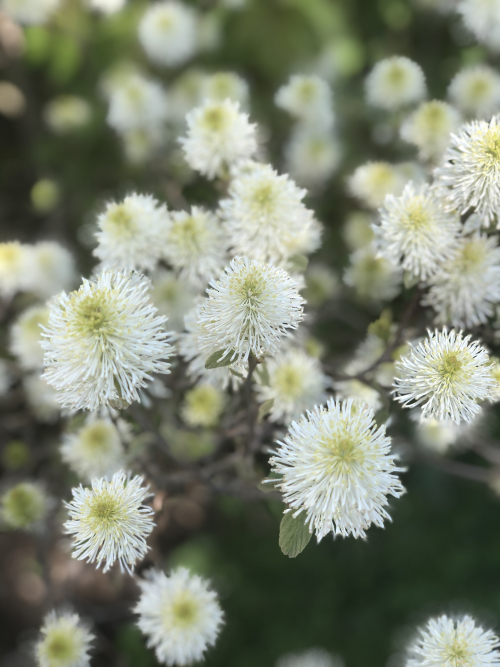 But yesterday, the temperatures climbed into the upper 60s. And the sun was shining! Today it's supposed to hit 70. I can feel myself . . . thawing out. My garden can feel it, too.

I have some alliums just waiting to pop. 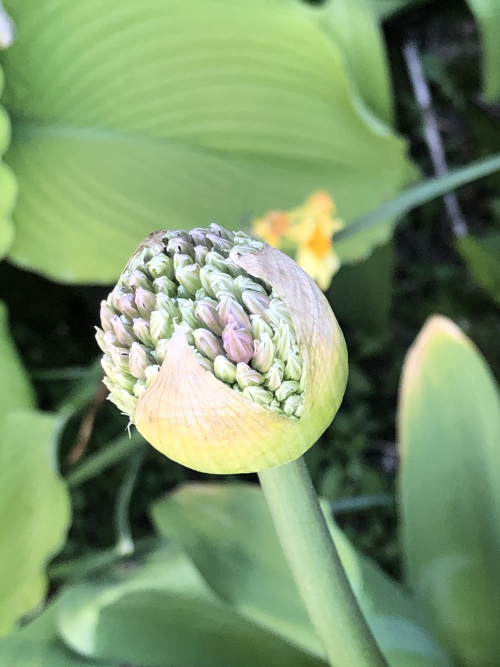 There are beds to clean. Weeds to pull. Containers to plan. Ponds to get running.

I hope you all enjoy a great weekend -- filled with things that will help you flourish.

It's always interesting to me how much weather and temperature affect my mood. I'm glad things are thawing out for you (and you can maybe return to wearing flip-flops)!

It's amazing what a dose of sunshine can do for a body! (This weather tho... it just sucks! My lilacs that were so full of promise got destroyed. Sigh. But, on a bright note... this cold has been holding the iris in a "freeze frame" I have blooms still blooming from a week ago!)

I'm so glad spring is moving forward for you! Our nights have still been on the chilly side but it looks like that's finally changing and I'm ready to plant my containers!

Gah! I'll have to run down and check my alliums -- one of the things I can't see in the back garden from my bedroom window! I love them at the "waiting to pop" stage! I think we're finally moving on with spring, too -- 70 is my favorite temperature. ;)

Wishing you a great weekend too. Hopefully the warm weather is there to stay.

I think all of us will feel better with a good dose of vitamin D -- I know that this past week, even though it's still be cooler than average, I've felt better because the sun has been out. Thankfully we've not had any real frost issues here, and I see lots of blooming going on. My roses are about ready to pop! I hope your time in the garden this weekend is restorative and enjoyable.

Yes - garden go time is a wonderful thing. I actually spent a good part of my sunny day reading in the hammock. Just perfect.

I grew up in the upper Midwest and don't remember ever feeling particularly affected by those dreary winters. But then I hit my mid-forties and started to develop slight symptoms of SAD even while I was living in the mid-Atlantic. Now life has thrown me in the South and dreary days never last very long. I could easily withstand this Covid year, the erratic spring we are also having and a whole bunch of other things. Kym, maybe you might consider renting a condo in a southern climate in the winter months or even just in February (dreariest month of the year in my opinion). Your garden doesn't need you much then and it might give you the oomph to ride through the up and down springs we've been having. It just occurred to me there might be a problem bringing Jennie and Josie (?) along but if you found a house instead...? Chloe

Oh. Jojo! Not too far off. Could have gotten around it if I had remembered "J-pups".

I so enjoy your garden posts. The USDA hardiness map tells me you are in zone 6; we are in the northern part of zone 4, so not everything I admire in your garden would thrive here, but there is a lot of overlap. Seeing all your garden beds and lovely landscaping is such a pleasure.