Last fall, and then through much of the winter, I struggled quite a lot with what I thought might be depression creeping in. I wasn't sleeping very well. I wasn't excited about much of anything. I felt like I was slogging through my days. But I still had some hope. And I could still find things I enjoyed doing every day. I kept scrabbling along . . .

And then things started to brighten. The vaccine news was good. Joe Biden and Kamala Harris arrived on the scene. Spring was coming. I started to sleep again, and much of the sloggy feeling was ebbing away.

Most days now, I'm feeling hopeful and ready to move forward with purpose.
Some days, though? Well. Not so much.

Turns out (as I'm sure many of you have undoubtedly already heard) there's a word for this now. . .
Languishing.

Yep. Languishing is the name for the blah I still feel sometimes. Because even though I generally feel pretty good, there are times that I still feel a lack of concentration and focus. When I feel a bit aimless. When stagnation and emptiness creep into my day. When I've lost my mojo for things I normally like to do. As Adam Grant said in his article about languishing for the New York Times, it's like "looking at your life through a foggy windshield." Languishing is the absence of well-being. There are no real symptoms of mental illness, but . . . it's not the picture of mental health either. 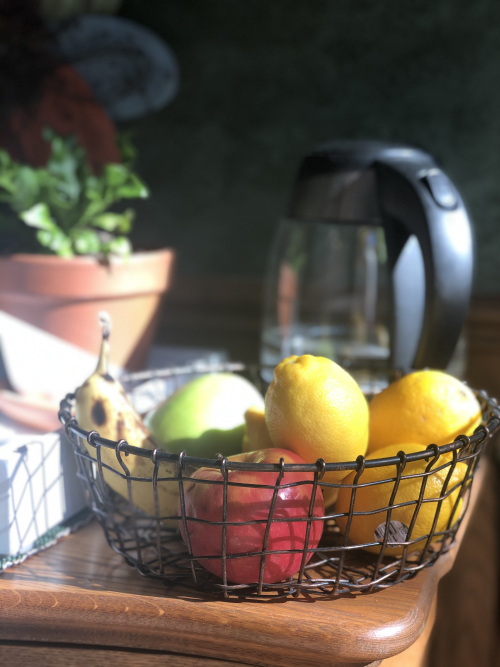 And what's the flip side of languishing? That would be . . . flourishing. Flourishing is operating at peak physical, emotional, and mental fitness. It's mental health at its finest. It's feeling fulfillment, purpose, and happiness. If you're flourishing . . . you can't be languishing.

I feel like there have been days this spring where I have been flourishing. And there have been days, too, where I've definitely been languishing. This week, for example . . . for some reason . . . has been a languishing week for me. I don't exactly know why. (But I'm blaming the crap weather pattern we've been stuck in for the last 3 weeks. Too much cold wind. Too much freezing cold temperatures. Altogether too-much sweater-wearing for May.)

It occurs to me that it doesn't really take much to tip me from languishing to flourishing these days. Sometimes I even move from one to the other in the same day. But mostly, whatever "phase" I'm in tends to last for a few days at a time. So I decided to research this flourishing thing; to find out how we can move ourselves out of the languishing category and into the flourishing category.

Apparently, the best thing to do when you find yourself languishing is to find "flow" -- or absorption in a meaningful challenge where your sense of time, place, and self melt away. This "flow" state could be from . . . anything. Doing the New York Times crossword puzzle every day. Binge-ing Ted Lasso (again). Weeding. Painting. Reading. The challenge with this, though? Well. It's hard to get into a "flow" state when you're low on mojo. And it's hard to stay there if you can't focus.

What to do? Here's what the researchers suggest doing, for a start.

It's been a rough go. A long year. An emotionally taxing time. We can expect to move in and out of languishing for a while yet, I'm afraid. Sometimes (like it did for me this week), it sneaks up on you when you think you're setting up permanent residence in the flourishing camp. Sometimes it hangs around for a while.

So I thought I'd just check in. How are YOU doing? And if you find yourself languishing, what helps you move forward? What helps you hold things together?

It's hard for me to get into flow sometimes--I flip around from 'do I want to read?" or "do I want to paint?" or do I want to work (not usually). But if I can, it really does work.

I think it's really valuable to recognize that you (we) can move from languishing to flourishing back and forth many times. Earlier this week i was definitely languishing. Today I am flourishing.. I got up early enough to ride the Peloton before work. The weather is perfect. (sorry) I had a good meeting with my boss about some staffing changes I am proposing. And it's the last day of the work week. I know that the feeling of languishing could hit again at any time but I'm feeling more prepared for it each time it happens, and I credit recognizing it and naming it for that.

There is some comfort to know that this languishing thing is very much a shared experience. I have been through clinical depression before, and one feature that makes it worse is that it's so isolating. At least now when I'm feeling a little low, I know that many others can relate. Fortunately, I have been able to flourish a little bit -- reading, crafting, taking long walks outside. So I'm doing okay. I'm sure my "happy pills" are also helping a bit!

I tend to think of mental health as a continuum, ranging from severe depression to completely thriving. Languishing often feels dangerously close to depression, but by recognizing and naming it, we can hopefully move the needle back towards thriving. To keep moving forward I get out and move (taking a walk often does wonders for me), remove interruptions as you said, and give myself permission to feel good and take some joy in the small everyday wonders. And always, meditation.

Thank you for your sharing of this common but difficult topic. I think my sadness and anxiety recently are situational. Before we traveled to Mexico, to see Zach, I was languishing big time. Hard to focus, easily sad, blue and wanting to sleep. Now that we had a great trip, Im just crying as a natural response to leaving my son so far away. All of my sweet pals have told me I can even expect a few more teary days this week. And that was so reassuring.
I work on managing Depression and I get frightened when I sense an event coming. I am quick to call My doctor. Working with a great young therapist. Extra sleep is going to help. and the weather......If it gets cold again, I know that will depress me. I am so ready for the warmth to come back, .
I also thought long an hard about going back to volunteer. I think I will take a small step there and see how it feels.....

I agree with Bonny's thoughts on the Mental Health Spectrum but I did not know about Languishing... I just thought I was battling depression. So that feels a bit better. But you are so right... that languishing can just arrive like a sudden storm... woosh... and the good mood is gone! I agree talking about it is incredibly helpful and I am giving myself permission to take time to do what I need when I need to do that. (Thus the week I pretty much ignored the house work list and sat at my spinning wheel!) It does help! Thank you so much for the link to that article!

Overall I believe I am doing well. There are some days when it is difficult to get motivated to do much of anything, but I just take it easy on those days and cut myself some slack. Fresh air and moving (walking) help. I think having hobbies (knitting, stitching, etc.) also helps.

Wow, it's like you were on our walk with us yesterday! My friend was talking about this very same article and her languishing experience over the past few weeks. In fact, she opened our retreat 'check in' with the very word on Monday. I have to say I admire those who can dip into languishing and dovetail into flourishing *in the same day*. While I don't languish often, when I do, it's very--very--hard to get out. And I'd say the two things that help me more than anything are 1) naming it...usually in a tearful conversation with my outrageously supportive husband and 2) I guess this would be the flow you wrote about--and for me, that's finding flow in exercise. Endorphins are my drug of choice. But when languishing, it takes a Serious. Push. to go after them! Thanks for such an open and honest post. xo