Stepping Away from the Edge
Home Archives Profile Subscribe
The Big Hang Up
Gardening. So Much More Than Pretty Flowers.

Blasting You With Poetry: Week 5

Welcome to another (which also happens to be the last) Thursday in April, filled with poetry! 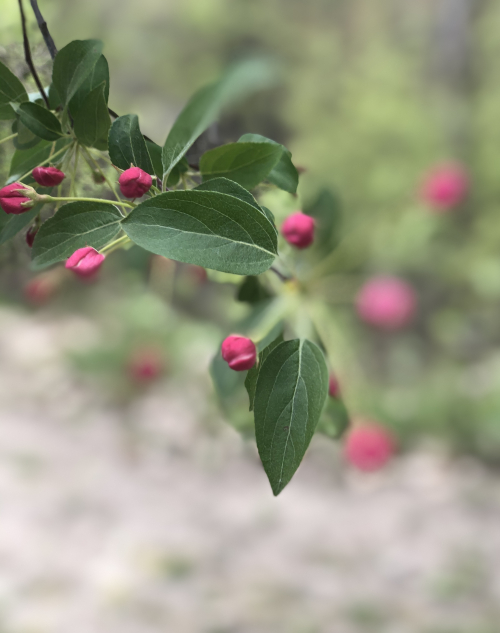 "You will never be alone with a poet in your pocket."
--- John Adams

Today is Poem in Your Pocket day . . . first celebrated in 2002 and now celebrated each April on the last Thursday of the month. John Adams was on to something . . . carrying a poet in your "pocket" - someone whose words you know and can depend on -  is a great idea. I'd go further, though, and say that carrying a few poems "in your pocket" might be even better!

For me, having a poem in my pocket .  .  . just means that I have a few short and meaningful poems that I love, and that are universal and easy to "get." They're poems I can share. Poems that won't turn other people off. Poems that might actually get someone to smile. To feel better about their day. Or, maybe, to feel better about poetry, in general.

In previous years on Poem in Your Pocket day, I have chosen a poem and printed out a few pocket-sized copies. I carried them around with me and then I just . . . left them behind, randomly, as I went about my day. I've left poems in gym lockers and on grocery shelves, in doctor's waiting rooms and tucked into library books I was returning. That kind of thing. This year, well. I'm not planning on going anywhere today (what else is new). So I'll share the poem I'm carrying "in my pocket" with you.

Instructions on Not Giving Up
Ada Limón

More than the fuchsia funnels breaking out
of the crabapple tree, more than the neighbor’s
almost obscene display of cherry limbs shoving
their cotton candy-colored blossoms to the slate
sky of Spring rains, it’s the greening of the trees
that really gets to me. When all the shock of white
and taffy, the world’s baubles and trinkets, leave
the pavement strewn with the confetti of aftermath,
the leaves come. Patient, plodding, a green skin
growing over whatever winter did to us, a return
to the strange idea of continuous living despite
the mess of us, the hurt, the empty. Fine then,
I’ll take it, the tree seems to say, a new slick leaf
unfurling like a fist to an open palm, I’ll take it all.

Today's poem was originally published in The Carrying: Poems by Ada Limón, 2018, Milkweed Editions. For more information about the poet, check out her entry here, at the Poetry Foundation.

I hope you'll stop by and "blast yourself" with the poems we're carrying in our pockets today . . . on Bonny's, Kat's, and Sarah's blogs. And . . . thanks so much for joining us this month as we've shared our love of poetry.

I love this poem (and it is absolutely going in my pocket!!) This month has just been so much fun! Thank you so much for including me!

This is so perfect for right now and is such a great metaphor for our times. I remember looking to the trees and flowers around this time last year, when things were looking so bleak and hopeless, and remembering that nature always remembers that life goes on.

I love your idea of leaving poems in random places, and I think that's something I will do myself -- once we start going places again. Perhaps I'll print out short poems along with a QR code to the website about Poem in Your Pocket Day!

I, too, love the idea of leaving copies of poems in random places. I've been thinking of putting something in the library books I am borrowing...maybe it will be that. The poem you shared today is beautiful Kym. Thank you!

today's poem sums up spring pretty well.... even though I LOVE winter and all it brings, April and May bring such hope and life to my world.....
Love that you scatter poems as you go.......

I've been having the same thoughts over the last week about the "greening of the trees". But no surprise, Ada Limón says it so much better than I ever could. That's part of what I love about a good poem. The poet can take a universal feeling that we have all had and recognize and say it so beautifully and descriptively. Thank you for sharing and it's been a real joy celebrating National Poetry Month with you!

That one feels so fun to read--literally the explosions of words in the mouth! As poetry tends to be...so much packed into so few words. Delight, this one.

The green of brand new maple leaves is my favorite green in the whole world. This poem brings that image to mind for me and I love it.

I have literally sat at the dining room table every morning this month, watching the "greening of the trees..." Thank you for sharing this poem; it shall find a home with in my journal along with my sketches and photos of the trees.