Thoughts on Hope: A Story About Showing Up 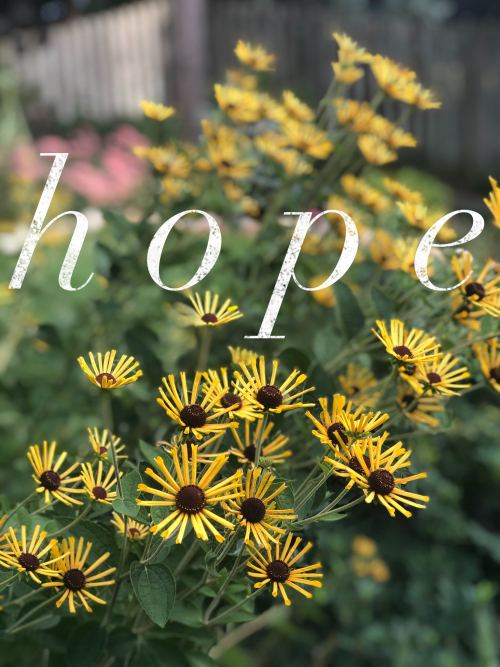 As you know, I'm desperately seeking hope.
I'm looking everywhere.
(And actually finding it more often than I thought I would.)

I've also been doing some thinking about a phrase that seems to pop up everywhere these days . . . 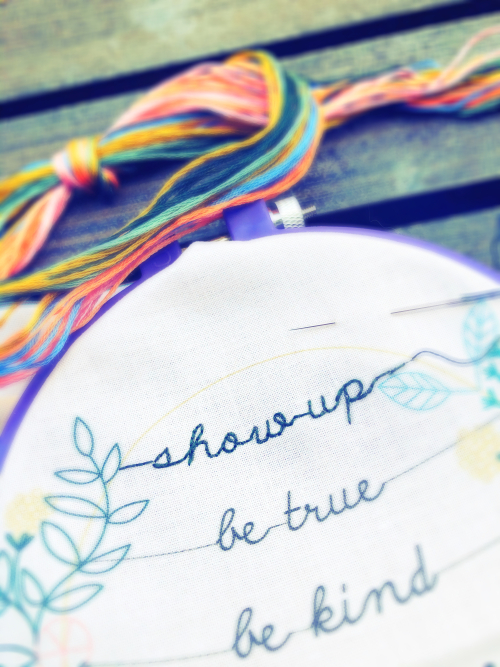 I really like the phrase, myself. It means "to be conspicuous or clearly visible," according to the dictionary on my phone. For me, it means . . . being there. Even if you would rather not be there, and especially if you don't have to be there at all. It involves a choice on behalf of the shower-upper. It's about taking your light out from under your bushel basket and letting it shine. It means speaking up. It means supporting someone. Or an issue; a cause.

Today I want to share a story with you about a guy who lives somewhere near me. I don't know his name or anything about him (well, that's not entirely true; I know something very important about him - and you will, too, after you read my story), but I see him all the time. He's just some guy, older than Tom and I I'd guess. Maybe . . . late 60s? Early 70s? He's tall and he has gray hair and he runs in our neighborhood. Every day. I'd probably not really notice him, really, because we have lots of runners in our neighborhood and he would just kind of fade into the mass of them.

But. He stands out.
Because he shows up.

The first time I noticed him was in the winter of 2017. Trump had recently been sworn in (y'know . . . to uphold and defend the constitution) (but I digress). The first Women's March had just happened. The forest rangers were resisting. Remember those days? Anyway. It was a winter morning and I was driving to my kickboxing class at the gym, and I noticed this guy running. And he had big, homemade sign safety pinned to his back: "Dump Trump," it said. Bright yellow sign, brown words. They showed up clearly on his brown running jacket. I honked my horn and waved.

And then . . . I continued to see him running in my neighborhood almost every time I drove to the gym in the morning. His "Dump Trump" sign pinned to his running clothes. Tom would see him, too. We started watching for him. Every day.

By spring, he had gotten rid of the pinned-on sign -- and ran in a brown t-shirt screen printed with "Dump Trump" right on the back. Bright yellow. Clearly visible from a distance. Every day.

Now, he has an entire "Dump Trump" running wardrobe. For all seasons, for all weather. Jackets, t-shirts, tank tops. Brown and bright yellow. (A model of consistent branding.) Every day. 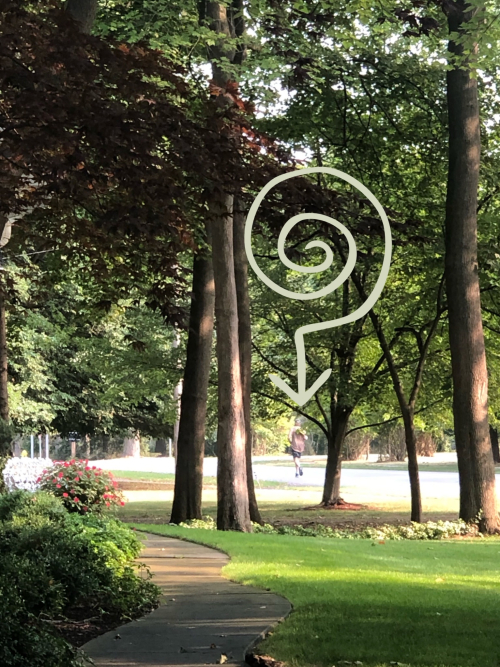 I've long wanted to introduce myself to him. Let him know how much seeing him running means to me; how brave I think he is . . . to run with his heart on his sleeve (you know what I mean) like that; how much HOPE he gives me whenever I see him. But it's hard -- because I usually see him when I'm driving and it's hard to stop then.  Besides, I'm in awe of him, and that makes me feel shy about it.

Last month, I was out walking with JoJo and I saw him running past. I quick grabbed my phone to try to at least get a photo, but by the time I got the phone out and the camera ready and  JoJo settled . . . he was too far ahead for me to talk to him or (as you can see) get a decent photo.

I've decided that . . . showing up . . . is much more than just being "conspicuous" or "clearly visible." (Although there certainly is that.)
We show up because we hope.
Our showing up gives other people hope.
When we show up, we shore others up.

And because Fridays can still be for poetry (every day can be for poetry, actually), here's a poem for you by Jane Hirshfield, another one of my favorite poets. I've probably shared this particular poem here before at some point, but it seems to be especially appropriate when we're talking about showing up.

My Life Was the Size of My Life
Jane Hirshfield

My life was the size of my life.
Its rooms were room-sized,
its soul was the size of a soul.
In its backgrounders, mitochondria hummed,
above it sun, clouds, snow,
the transit of stars and planets.
It rode elevators, bullet trains,
various airplanes, a donkey.
It wore socks, shirts, its own ears and nose.
It ate, it slept, it opened
and closed its hands, its windows.
Others, I know, had lives larger.
Others, I know, had lives shorter.
The depth of lives, too, is different.
There were times my life and I made jokes together.
There were times we made bread.
Once I grew moody and distant.
I told my life I would like some time,
I would like to try seeing others.
In a week, my empty suitcase and I returned.
I was hungry, then, and my life,
my life, too, was hungry, we could not keep
our hands off         our clothes on
our tongues from

My best wishes to all of you . . . for a weekend filled with peace and solace, time to rest -- and things that bring you joy. (And maybe some poetry, too.)

Don't forget to look for hope.
Show up.

Today's poem was published in The Beauty by Jane Hirshfield, 2015, Alfred A. Knopf.  Information about the poet can be found here.

I love the poem, but Mr. Dump Trump has brought tears to my eyes. He is the personification of showing up, from the safety pinned homemade sign to his collection of running gear, showing up to run and maintain his health and also to spread a valuable message and hope. If you ever do get to talk to him, please express my thanks. And may his hopeful message be heeded and carried out.

I love, love your story of Runner Dump Trump! Not only does he show up, I think he is really brave! Inspiration!
Thanks for introducing Runner Dump Trump, keep us informed on how he is doing. Will he change his sign after Bidden wins the election? What would that new, updated sign look like, gotta know.

I really really think you owe it to yourself (and us!) to stop Mr. Dump Trump and tell him how much you admire his for showing up. Just do it. He'll be glad you did.

Oh I love him! And yes, you need to let him know how much we ALL appreciate his showing up!

whoa, new to me poem and wow, it did not end the way I expected. thank you!

the story of your Dump Trump reminds me of the first time I saw someone in a Biden/Harris t-shirt when I was out for a run. of course I've only seen the guy once, but the feeling of hope I felt I can still grab on to. also, it still makes me smile. when I passed him I yelled back "love your t-shirt" and he turned around and said "thanks!". hope doesn't need much, does it?!

Thanks for all of this. And I agree , you need to talk to the Diump Trump guy!

Mr. Dump Trump brings me hope, too. I'm sure that for as many people who have cheered him, there have been just as many people who have cursed him. It's not always easy to wear your views (literally!), so I really admire those who do it loud and proud. My husband thinks political views should be pretty private, but I proudly have my Biden Harris sign in front of our house.

I hope you are someday able to tell Mr. Dump Trump runner what an inspiration he is -- to you and to many.

I hope you are able to speak to Mr. Dump Trump soon and share our appreciation. Thanks also for the reminder to show up and speak up. You bring me hope.