For many months now, Fridays have been for poetry. But I'm feeling the itch to switch things up a bit.

So, starting today . . . Fridays are for hope.
(Which will still likely include poetry sometimes. It's just, well, I'm more than a bit desperate for some hope these days.)

I've decided to go looking for it.
(Hope, that is.)

And when I find it, I'm going to plant it right here.
(On Fridays.) 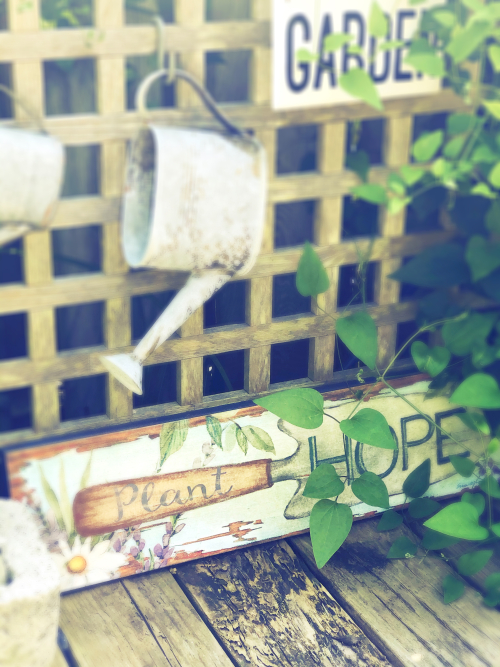 Let's start with a little story of hope.

On Turning Things Around

In the days before the pandemic, I used to go on regular bike trail rides with a small group of friends. We had all met at the gym, and we didn't know each other well - but we all liked being active, and we had bikes, and our schedules lined up. (That's about it for simularities, though. Let's just say . . . we cover the spectrum when it comes to politics and religious beliefs and feelings about climate change.) Anyway. There were 4 of us, and on the trails we would often "pair up" and ride and chat . . . switching the "pairs" now and again. Eventually, we had one-on-one chats with everyone on a ride. And, because we generally liked riding together, we just silently agreed not to discuss certain things. Or we sidestepped entire topics.  Our chats were pretty superficial; day-to-day stuff. It worked.

Anyway . . . once, I was riding along with the most quiet and thoughtful woman in our group. She never said much about herself, and she tended to play things pretty close to the vest. Mostly she just chatted about her daughters and their families and "gym stuff." I knew she had some health issues, but I didn't have any idea what they were.

As we rode that day, she told me she'd been diagnosed with MS many years ago, and she explained how it had changed her life. It had meant ending her career, a slowing down, a turning inward. The diagnosis turned her into what she calls a "thoughtful planner." She's always thinking ahead now -- coming up with options for how she'll live each day (depending on how she's feeling), what she'll do to maintain her ability to move and stay active, how she wants the rest of her life to look.

Her outlook is so positive, so focused on movement, so . . . forward thinking.

I asked her . . . Were you always so accepting and gracious and wise about your diagnosis?

And he told her to turn that statement around . . .
What will we become?

I almost fell off my bike right then. Because YES. That's it.
Hope.
In the face of a dark and uncertain future.

The message in my story today?
Sometimes when things look particularly bleak, we need to remember to . . .  turn it around. 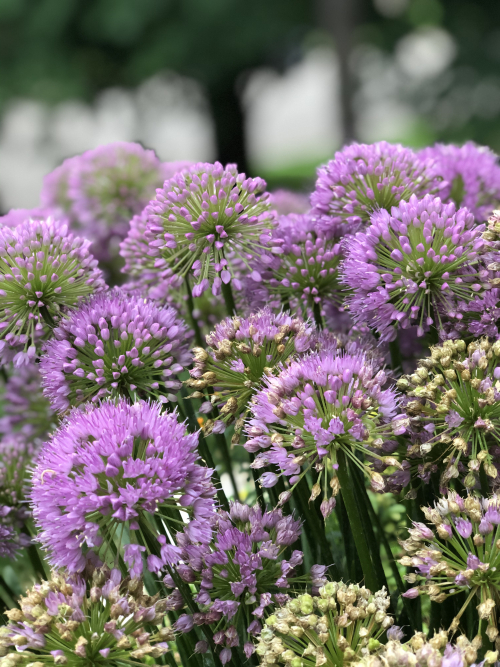 I've been thinking about the way, when you walk
down a crowded aisle, people pull in their legs
to let you by. Or how strangers still say "bless you"
when someone sneezes, a leftover
from the Bubonic plague. "Don't die," we are saying.
And sometimes, when you spill lemons
from your grocery bag, someone else will help you
pick them up. Mostly, we don't want to harm each other.
We want to be handed our cup of coffee hot,
and to say thank you to the person handing it. To smile
at them and for them to smile back. For the waitress
to call us honey when she sets down the bowl of clam chowder,
and for the driver in the red pick-up truck to let us pass.
We have so little of each other, now. So far
from tribe and fire. Only these brief moments of exchange.
What if they are the true dwelling of the holy, these
fleeting temples we make together when we say, "Here,
have my seat," "Go ahead - you first," "I like your hat."

My best wishes to all of you . . . for a weekend filled with peace and solace, time to rest -- and things that bring you joy. (And maybe some poetry, too.)

Don't forget to look for hope. (Maybe it's planted right there in your garden!)

Today's poem was published in Healing the Divide: Poems of Kindess & Connection, edited by James Crews, Green Writers Press, 2019.  Information about the poet can be found here.

Oh, man, this is the perfect thing for me to read today. Your friend's story, her brilliant husband, and that lovely poem. Thank you!! Happy Weekend, Kym!

The poem feels so right and your story of the woman (who I hope it doing well) is marvelous. They remind us to be present now and that now is full of so much light and life. Have a lovely weekend, Kym!

Thanks for your friend's story, her wise husband, her grace, and the poem. I want to tell more people "Don't die" and "I like your hat."

Allium Millennium !? I just ordered some after my visit to WFF. What a beautiful story and poem. Amazing how rephrasing a question or statement can change its meaning in an important way. I think the phrase in the poem that resonates with me the most is “we have so little of each other now. So far from tribe and fire.” My contacts are so virtual these days with in person meetings so carefully planned and limited. There are so many others I pass doing the same they need the everyday kindness and affirmation to stay hopeful. Thanks Kym!

I love that poem, your friend's story, her husband's wisdom, and your search for hope. I'm searching right along with you!

I have tears... thank you so much for sharing this little slice of hope. Have a good weekend! XO

This post is just what I needed to read at the end of a long week. I think that poem should be required reading right now -- imagine how much better off we'd be if everyone remembered to tell people not to die?

Have a wonderful and restful weekend, Kym.

Perfect post for now. I will look forward to your Fridays.

Oh, that story. YES. It's such a perfect way to describe the changes and challenges Dale and I have faced since his accident. We have become . . . more vulnerable with each other and that has ultimately made us closer. We have become more US.

For those of us with long term/progressive diseases, your friend's attitude is one to cling to.

Life after diagnosis is NEVER the same as it was before, but it doesn't have to mean it is worse. It's just -----------different.

Thank you for posting that story.

I love the idea of looking for and planting hope. I was just thinking about the words to a hymn I heard today, "Strength for today and bright hope for tomorrow." So onward into this week.

We surely need hope. WE WERE MADE FOR THESE TIMES is a very short 3 minutes podcast on: the DISTRACTION PODCAST >
Wise words from Clarissa Estes Pinkola!