Stepping Away from the Edge
Home Archives Profile Subscribe
Fade Away
Friday is for Poetry, Of Course 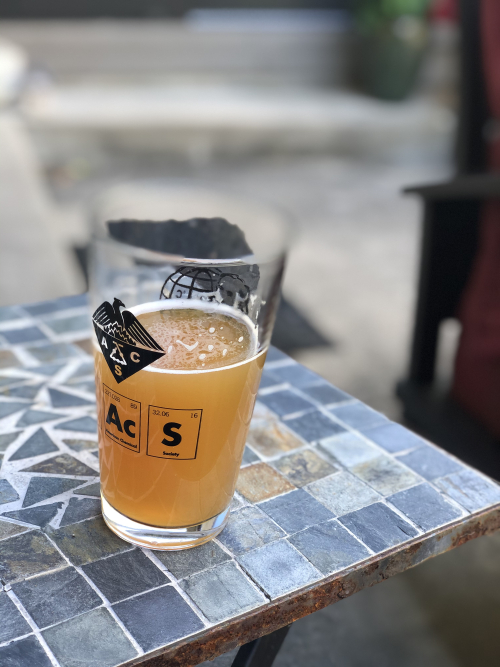 and I asked a hypothetical question, just for discussion:

Let's say . . . it's January 1, 2020. And a prediction-genie appears to give us a view of our lives in 2020 by telling us things that WOULD happen - for sure - in the year ahead. What would surprise you most, given our lives on January 1?

Here's what we came up with:

Really. Who'd have thought ANY of this would happen!

How about YOU? What's in your life now (or . . . not in your life) . . .  that you would never have believed if a prediction-genie visited you on January 1?

And, yeah. I know there are way more than three things in that list, but these days? Who cares. Be sure to stop in at Carole's for more Three on Thursday posts.

Hahaha - this is a good one Kym. I'm still exciyted to see Tom's ponytail! (Fletcher's brother has had one for years and I wish Fletch would let his get long enough for one). And, I'm with you on the make up. Or lack thereof. I guess my biggest surprise is working from home because we had pushed for this at work and been shot down so many times! Now we all are and it is working out great!

I'm completely with you re: Tom Nook. He is a capitalist oligarch, and I willingly pay his exorbitant mortgages and infrastructure fees. It's probably a good thing that my Genie didn't visit because s/he might have said, "You may not see or hug Ryan during 2020" and I would have been crushed far too early in the year. :-(
(But I still can't wait to see Tom's ponytail!)

What a fun spin on all of the things you have given up. Once you get all your stuff done then you won't have to work for Tom Nook anymore, you will be an independent islander! Let's swap codes so we can play together! Dale is VERY excited about Tom's ponytail. And probably jealous, too!

WHO?? I seriously don't know who Tom Nook is, but a quick Google and now I understand. How close are we to seeing this ponytail?

For a good portion of my career in psychiatric nursing I was the Infection Control Nurse for our facility and I dealt with AIDS, TB, SARS1 and other outbreaks. So, I did have the corona virus on my mind back on Jan. 1st and I drove my friends & family crazy with my worries about it going global. It did go global and I'm not surprised. What does surprise me is how resistant people are to follow the CDC Guidelines; I am even more surprised that people would follow the advice of pundits and people in government with no scientific background rather than the scientists. I'm surprised how people are willing to believe an outrageous hoax rather than science. I'm surprised that people get angry when the guidelines change as we learn more about this new virus. I'm most surprised about how people are fighting to put money and objects first no matter how it affects the health and well being of other people. I am so glad that I am retired!

So much fun Kym! Same as Bonny...that I wouldn't be going to CO, that I wouldn't wear a necklace or a bracelet for months on end (why bother...certainly not for work) that the stupid grocery store adventure would be such a freaking adventure! And I had to look up Tom Nook too! xo

Genie says: You will be run over by a horse at the barn you love. You will break your tailbone, and then a horrible death virus will ruin your life and others if you gather outside your home. Genie says: You will not see your beloved kiddos for months.
Genie says: Knitting and blogging will help you thought it al
oh
and Genie says: Baseball won't start until July is nearly over.

What ? I would not have believed any of it.

Genie said: Grocery store shelves would almost bare for certain items. I wouldn’t wear jewelry for three months. Worse of all, I may not see my CO daughter, granddaughter and son in-law until a vaccine is available to a deadly virus! My husband wishes he had enough hair to grow a pony tail!

Turns out not wearing makeup is pretty darn wonderful! Who knew? Same thing for not wearing a bra. Tshirts and camisoles for me now (most of the time).

Nodding my head along with several of these. For me, it would probably be:
Genie says: "You will willingly go for a run as often as your knees can handle it." I'm not quite ready to say I love running, but I've gotten closer to actually enjoying it (though I enjoy it more when it's not beastly hot!).

Fun post, Kym! I'll bet you're not even surprised that I had to google Tom Nook ;-) ... and I'm glad I wasn't the only one. Can't wait to see Tom's pony tail ... and looking forward to ALL of us getting to make travel plans.