Whenever I get to feeling all in-between, I tend to gravitate toward small things that don't require much commitment or focus.  And lately?  It's been all about my mood, which I'll describe as . . .

First, I'll show you the sweet.
(Soundtrack if you want it.)
(It's a live performance of one of my favorites.  Just sayin.) 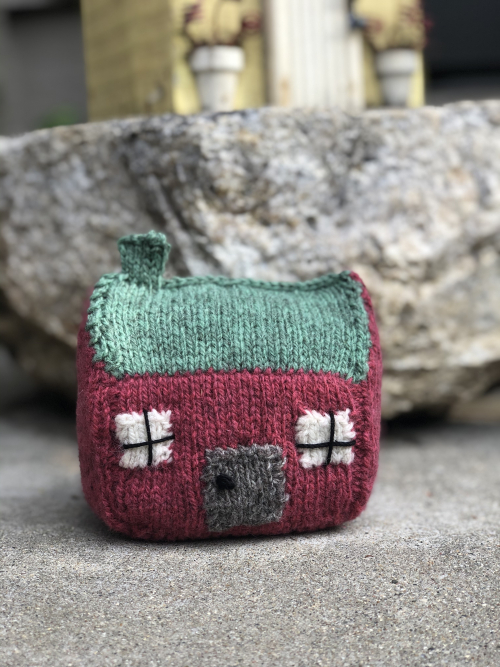 Such a cozy room,
the windows are illuminated by the sunshine through them,
fiery gems for you, only for you . . . 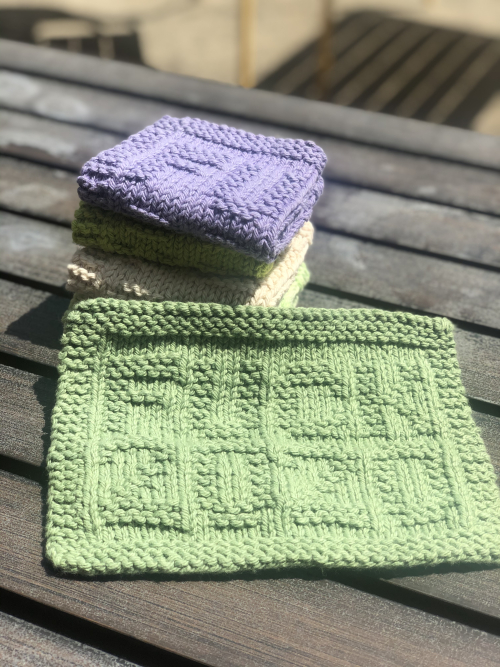 So.  There you have it!  Sweet and sour knitting . . . for the in-between times.

Be sure to head over to Kat's today for more Unraveled Wednesday posts.

Perfect soundtracks for your sweet and sour projects! I love your little house, but don't know that I can deal with futzy right now. I can, however, think of at least four friends that need and would appreciate a F**k 2020 dishcloth. Brilliant!

Best. Thing. Ever. :-) I've been in a funk too...trying to master the tubular cast-on...not sitting still long enough to do it. Using words seen on dishcloths. XOXOXO

I bought a knitted house kit too, but told myself I had to finish one of my other projects before starting it - good motivation!

Great, great post! I have been irritable too lately, feeling like I am just hanging-flapping in the air,(and not in a good way). I find it odd that somedays I am OK with all this and take it as a gift,(the stay at home thing, not the sickness), and other days -not sure Ill make it through the day without tears. It's crazy my sweet/sour moods, if not for my age I would be checking to see if I am pregnant ;-|
Will be knitting those washcloths...

That little house is so stinking cute. And I'm totally with you on your sentiments about 2020, even more so than I would have been a week ago!! Great post, you made me laugh.

Both projects are GREAT!!!

I certainly LOL! Good one. Love the little house and its soundtrack!

I am loving your music and your projects! And yeah... totally fuck 2020 and then some!

I love the project and soundtrack pairings! Your little house is so sweet, but I'm sure the washcloths are good for getting out the corona-rage. I'd knit some myself if I wasn't concerned that I'd get scolded by my 10-year-old for using a bad word.

I saw those on Rav--while looking for a dishcloth pattern for my youngest daughter, funny enough :) My oldest was looking over my shoulder, spotted it before I did, and scrolled over it before her sister saw it. I'm still chuckling :) So glad to see your little house! I've been hoping you'd post that soon! Sweet, indeed.

2020 had such a nice ring to it. I couldn't wait until I could start writing it on my checks. Not any more. Loved the first video. Adorable house. Working on a hat. Eventually.

YES! those washcloths made me LOL ... and I really enjoyed it ... thank you!!