Stepping Away from the Edge
Home Archives Profile Subscribe
Counterbalance
Workin' on Her Fitness: Part 1 In What Will Be a Yearlong Series

Usually, I have the January Blahs because . . . winter is never-ending and there is so much snow and the sun doesn't shine.

This year, I have the January Blahs because . . . even though it is WAY warmer than usual, winter is still never-ending - even when there is hardly any snow - and the sun still doesn't shine. 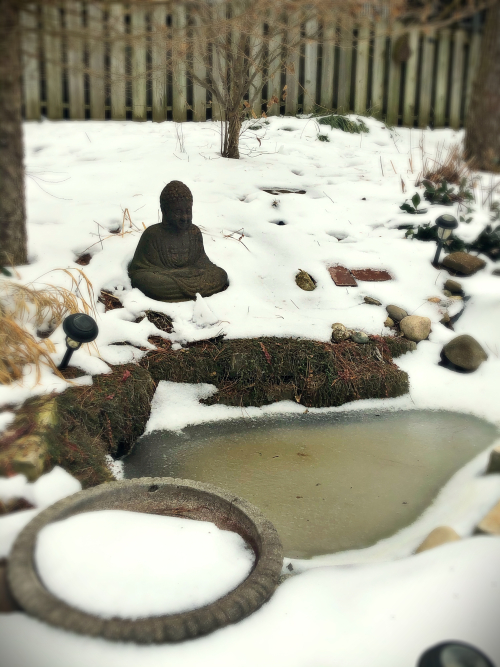 January is simply a bleak and dreary time!

It is warm(ish).  At least for typical Michigan standards.  We've had some snow, but not nearly as much as usual.  And what snow we have had has been really wet and heavy.  We've had a ton of precipitation:  rain, freezing rain, "wintry-mix," more rain. Just not much snow.  The snow we do have on the ground right now . . . is frozen and crunchy and hard to walk on. 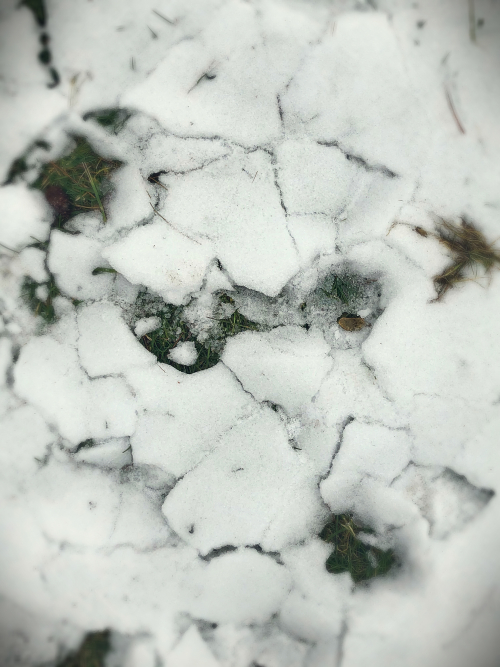 No matter how you slice it, January is just a drag.

So I decided it would be best if I stop whining; if I try to turn it around a little bit.  Maybe . . . think of things that I could find to be grateful about this January.  It was hard!!!  But I came up with three things: 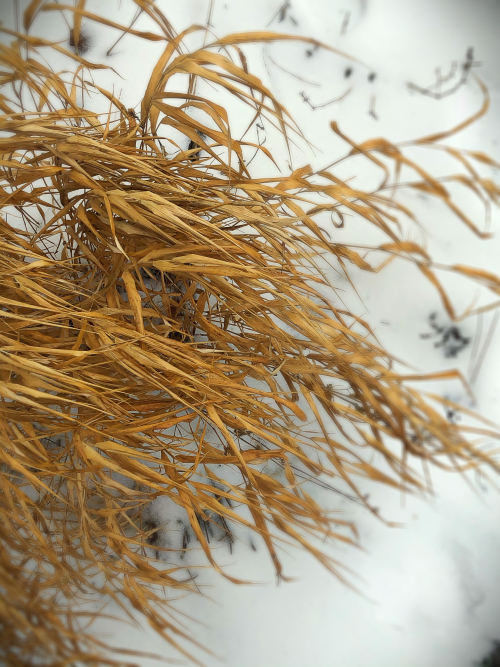 There you go.  Three things to be grateful about . . . on this crappy January day.

Be sure to check out other Three on Thursday posts today over at Carole's!  (And . . . Carole?  She talks just like those "smaht pahk" guys in the commercial!  Just sayin.)

Same! Though I would welcome a snow day... preferably on a WORK day. ;)

And your post reminds me... that my blogging has changed over the years, but I recall many many days when I wasn't in the mood or I was in a funk and how often just the act of writing a post would turn it right around.

It's been a gray one here for sure! Though the sun is shining today but it's freezing. No winning this January. Good news...February is coming! And yes...the stupid hard snow with ice under and all around it...a girl has got to be careful walking those pooches!

I agree with Vicki - a snow day (on a work day) would be welcome. This winter has been weird, though everyone is saying (has been saying) we get our worst snows in February & March (so...still time/hope for a snow day). I'm not sure what's up with me, but for once January has not seemed like or felt like a slog! It has moved fast and though we have had our share of very grey days (the majority of them), it has not bothered me. Maybe I'm numb? I'm not going to complain though.

We've had a fairly mild January here and currently have no snow - which is just fine with me. I still have the January blahs, though. It's the longest month of the year, that's for sure!

We've been in much the same position here in SW PA. I think the largest snow we've had so far all season has been 3 inches. We've had a dusting here and there, but mainly the precipitation has been rain. I am really not complaining because I am a very nervous driver in winter weather, but I really would like to see the sun again! This time of year is always a drag for those of prone to seasonal affective disorder (and it really doesn't help that right now my husband is in south Florida on a work trip and keeps sending me photos with sunshine and blue skies!).

I've been known to say this before and I'll probably say it again, but I get SADs in winter (Season Affective Disorder?) I don't like winter sports and being inside starts to drive me crazy even with all the possible projects I have around me. Snow looks nice but I don't want to get in it. And here (OK) we just get the gray days with only snow so rarely it makes all the fools come out to drive in it. This is the 'hang in there' time of year. :)

No snow in these parts either but that's not unusual tho' cold. Glad you whined a bit; does the soul good to "get it out!" Looking forward to seeing some of the art work from the NON-cancelled classes!
Cheers~

We've had very little snow in the valley, but a good (not great) year in the mountains. We've had quite a bit more sun than you, but it's been dreary, rainy, gray, even foggy, for a week. I am most grateful for our no inversion January! I am also very grateful the month is almost over! I think, MAYBE, there are snowdrops coming up in my front garden! YAY!!

No snow on the ground here, but we are well on our way to another record year of rainfall here in Pittsburgh. The soggy morass that is my back yard is not kind to man nor Pug.

Thank goodness February is right around the corner and even though it is not *much* better than January, at least it is shorter!

I've been whining about January blahs for a while and will admit that I'm kind of dreading February (the longest short month of winter). But since you've put such a good spin on it, I will just say that I'm glad January is almost over, I did see a few hours of sun here today, and that "smaht pahk" commercial may be able to make me laugh all the way through February.

My mom was whining about the winter landscape last week and I told her I liked it. I like to see the true shape of things. truly, I think I see more clearly - literally and figuratively - this time of year. I will say, though, that I am really worried about that extra day in February before we get to March ;-)

I'm tired of the gray-ness too, and we don't have snow to make it all purdy.

This year January has felt like it is 49 days long! Hoping the sun makes an appearance for both of us

Pretty much the same here. Lots of rain and grey days. Not much snow.

We have had no sun in over a week and FIREMAN is openly crabby about it. Oh well> We have gorgeous snow. I'd rather snow than dreary rain. I Like snow until March.
3 things:
No one got hurt when a horse bucked in practice today at the barn

My heated vest is being 50% refunded because it has threads coming lose and I let Amazon know!

I get to put my head on the pillow in a few minutes IM pooped from the barn.