As I explained last week, I'm letting my Christmas Memories journal inspire my blog posts during this busy time of year. 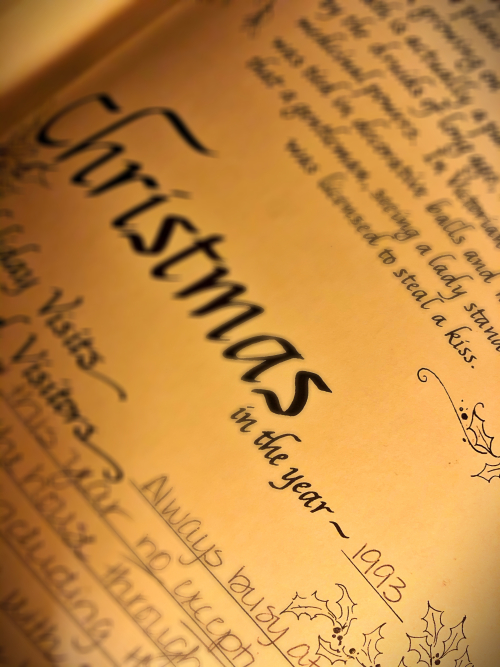 In 1993, Erin was 4 1/2 and Brian was a couple months short of 2.  They were happy kids, bouncing off the walls with excitement about Santa and magic and all the Christmas-y things.  According to my Christmas journal, all Brian could talk about that season was "tack and tains."  (He couldn't say his Rs properly yet.  He had asked Santa to bring "track and trains.")  (Santa did.  Big hit.)  And Erin?  Well, she had recently given herself a haircut with my gift-wrapping scissors while hiding under the kitchen table. 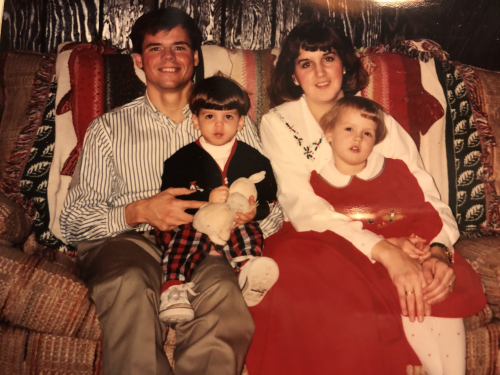 (We are at my parents' house, sitting against the "fish throw" -- a gift that year from my parents for Tom . . . that still hangs over the back of our couch up at our cabin!)

On Christmas Eve, we packed everything in our minivan - kids, gifts, food, and Jake -- and drove through heavy snow to my parents' house for the evening.  We decided not to bring Jake's crate, though . . . even though we'd all be heading to church for awhile (where Erin would be a shepherd in the nativity pageant and Tom would sing in the choir and Brian would clap and yell "yayyyyyyy" every time he saw one or the other of them).  (It's all there in the Christmas journal.)  We decided that it was just too much hassle to deal with Jake's giant crate that night.  He was so good.  And we'd only be gone for an hour or so.  And we could just shut him in my mom's guest room . . . which would be kind of like a big ole crate anyway, right?

And that's what we did. 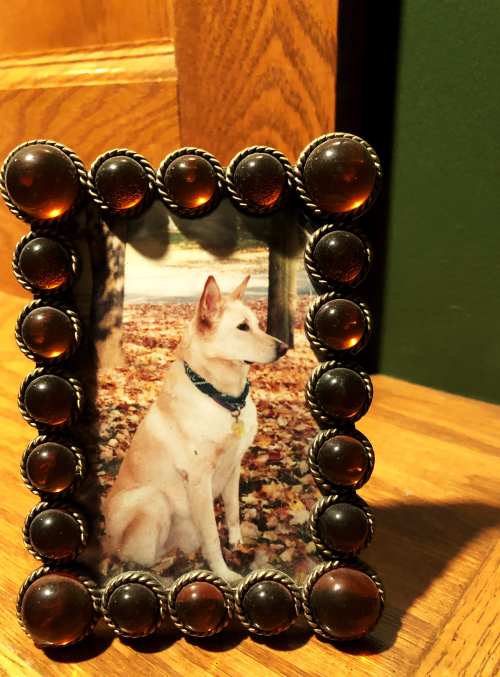 When we returned from church -- tired, ready to pack it all back up and head home so Santa could visit -- Jake was still in the guest bedroom.  My mom went to let him out so he could greet us all.

I'll never forget the look on her face when she opened that bedroom door.

Because, well.
It turns out that a guest bedroom is NOT like a crate at all.
Apparently, Jake had tried to get out through the bedroom door -- and ended up tearing up the carpet (and all the padding) throughout the room.  It was a total Christmas Puppy Disaster!

So.
1993 went down in history as the year we got my mom new guest bedroom carpet for Christmas.

(This year, Brian and Lauren will be bringing their brand new puppy with them for Christmas at our house.  I'm thinking hard about which bedroom to stick her in.  You know . . . just in case. . . )

I'll be back to wish you a happy holiday at some point later this week, but I'm be taking a holiday blog break other than that.  Enjoy your holidays!

Oh puppies! We will be spending Christmas Eve overnight at my daughter’s home. Usually my husband and I tip toe down early for our coffee before the morning wrapping paper storm. The girls always know we are there and join us to check out Santa’s gifts. No opening until Mom and Dad are awakened. This year we will have an extra responsibility, Samantha, the golden doodle, will need a quick walk. No longer crated for the night I’m wondering where Miss S sleeps, I’ve caught her nestled in the guest bedroom/ my daughter’s office this summer. Could be interesting! Love your journal!

Never underestimate the power of a puppy! Jake sounds like a great dog (and I love that frame!)

Love all the "J" names and you seem to pick great dogs. Expensive during puppydom, maybe, but great!

OMG - I can only imagine! I do love that Brian yelled yay" every time he saw Erin or Tom. And that is a great frame! Have a wonderful holiday!

Oh boy. I am laughing now, but I bet there was little laughing then! Merry Christmas to you and your family!

You know, I had that exact same haircut in 1993. Hannah was 15 months old that Christmas. Oh, those memories. I bet replacing that carpet wasn't in your budget - ugh!

They are sooooo cute! And I also had that haircut but I think it was just a bit earlier. ;-) Here's to a well behaved dog visitor!

I wish we could still wear dresses like that. Jake just wanted to go to church, since he was usually an angel!

Puppies teach us so much! We are often harder to train than any puppy I've met (at least I am harder to train). But, nothing beats that loyal puppy love. Happy Christmas, Kym!!

Merry Christmas to you all!!!

Jake was a lucky puppy to end up with such a great family. and for Brian and Lauren's puppy, hummmm... is there a room you're wanting to redo in 2020? ;-)

Oh boy . What a puppy story. I sort of saw it coming. we locked our dog in a bathroom once, and she was so upset she chewed the door frame to bits. Poor Misha! Well you look so bright and full of family fun ahead of you in that 1993 photo.