The Things We Do for Love

Like. . . I've watched a team who wears hand-knitted skunk hats as part of their team uniform.  And Tom told me about a unicorn team he played against once (bike helmets with affixed unicorn horns).  And, of course, there are the pants.  (Yep.  That's a link to the video of the Norwegian curling team putting on their curling pants . . . without using their hands.)  (Well worth a watch.)  (Just sayin.)

So when I saw a pattern for a knit curling hat on Ravelry, I (correctly) figured Tom would want one.  And that he would wear it while curling. 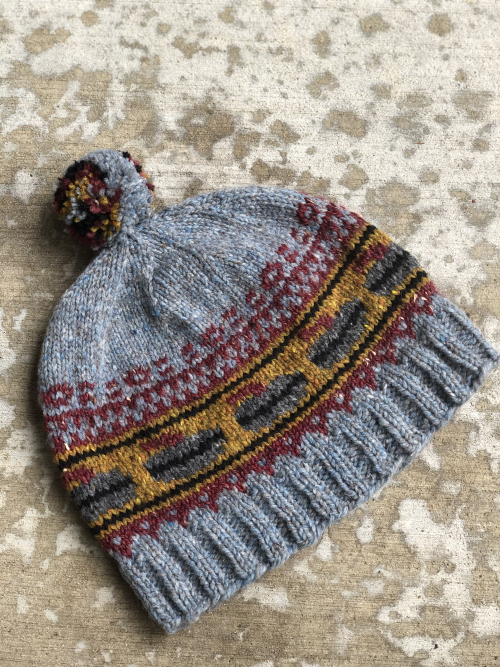 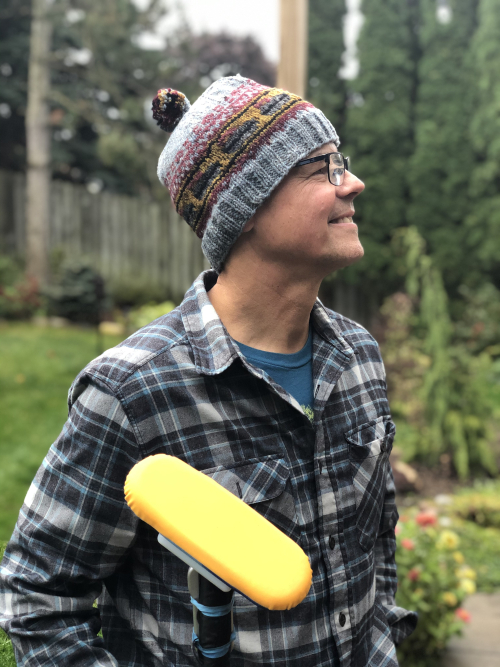 PS . . . Tom's team curls in plain old black pants.  And I know they put them on without any fancy dance moves.  They don't wear special team-themed hats or helmets either.  But they will be dressing as the "Brews Brothers" in an upcoming tournament -- the "Beer Spiel".  (Maybe I'll get a photo for you. . . )

That hat is just too funny! (and of course he loves it!) But those Norwegians in their....umm, pants! LOL

This will sound crazy but, I never heard about the sport curling until my daughter moved to Minnesota a few years ago! She loves it and it is really big there! I know, it's a sport in the Olympics , I have no idea where I have been, not a big sport fan I guess. I'll be checking out the 'curler'hat on Ravelry, thanks!

I love the hat (he may need the mittens too!!???!!). That video is the best - what a hoot! I do hope you take pics at the Beer Spiel - I bet the Brews Brothers will come up with something awesome.

The hat is perfect! And thank you for sharing the video of the team putting on their pants. I'll admit I'm a little scarred by that much junk jiggling so early in the morning, but it did give me a laugh!

That is one great hat and that video! I must admit I wondered why Tom was holding a mop, but it did finally sink in that it was his curling ice scrubber thing. We definitely need/want a Brews Brothers photo!

That hat looks warm, cozy and perfectly appropriate for curling! Careful or he'll be begging for a hat for each teammate!

Dale says he likes how the hat matches Tom's shirt. I love it, great job on that colorwork!

He looks SO HAPPY!!And your garden is such a pretty backdrop for photos....

He looks so pleased in his new hat!

The hat turned out beautifully, Kym! (my favorite part is the pom!) ... but curious what makes it a Curling Hat? (seems like it could also be a Golfing Hat?)

OMG, I can't wait for the Brews Brothers photo!!