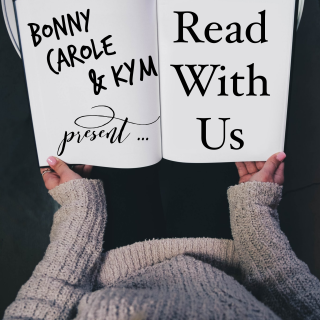 I'm a read-in-bed kind of person.  Most nights, before I go to sleep, I read a chapter of something.  (I have a nifty little book light for "traditional" books, and I love the "night reading" feature on my iPad for digital books.)  (So I don't bug Tom while I read, y'know?  Because he is generally not a read-in-bed kind of person.)  Right now, my before-sleep reading is Just Mercy, our Read With Us book selection for this quarter.  It’s a compelling read -- and I’m getting caught up in the stories author Bryan Stevenson is telling.

There’s still plenty of time to join us as we read Just Mercy this quarter.  This month, we’re providing some background information about the book.  Next month, we’ll begin posting some discussion questions so we can talk about the book together.  I hope you’ll join us!  It's easy.  There's nothing to sign up for or commit to.  All you need to do . . . is read with us!

Whenever I read a memoir*, I always find that I get more and more curious about the author as I read, and it’s been no different with this memoir, Just Mercy.  As I’m reading, I’m also doing quite a bit of Googling about the author, Bryan Stevenson. 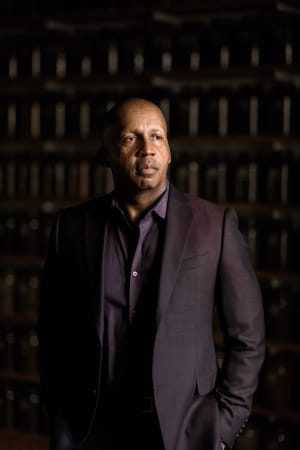 Here are some interesting things I’ve learned about him:

To read a more comprehensive summary of Bryan Stevenson’s accomplishments and accolades, click here.  To learn more about his philosophy and commitment to breaking down bias by teaching/talking about racial trauma, segregation, and listening to marginalized voices, you may want to read this excellent interview in the Pacific Standard.

I do hope you’ll join us over the next few weeks as we read Just Mercy.

*If you’re wondering what the difference is between an autobiography and a memoir, click here for a helpful description.

Read Bonny's post from last Tuesday with even more information about Just Mercy.  And watch for another post next Tuesday when Carole adds her perspective.

Thanks for this wonderful post! I' m about halfway through the book, but I know I'm going to enjoy and appreciate it even more with all the interesting information you've provided about Bryan Stephenson, his philosophy, and commitment. I'm seeing things in new ways (and that is a good thing).

I am also reading at bedtime and really hate that I have so little time to read because I am really getting drawn into the book! I'm looking forward to finding some more time to spend with it and will look into the HBO documentary (though perhaps I won't watch until after I finish reading).

Book arriving Friday for long plane rides in the upcoming weeks. Looking forward to this Kym and to exploring your links!

I'm about halfway through as well, I'm hoping to be done in the next day or so. Thanks for all of this awesome backstory information!

This backstory information is fascinating! I have just started the book and look forward to unpacking it over the next weeks with you all!

When the book was published I listened to every interview Bryan gave and was really drawn to the book. I don't know why I didn't follow through and read. But the library has a long hold and this book is about something that's important to me so I'm going to spend an audible credit and enjoy hours of leisure listening, if I can call it that, due to the subject matter of the memoir. What an incredible human being he is.