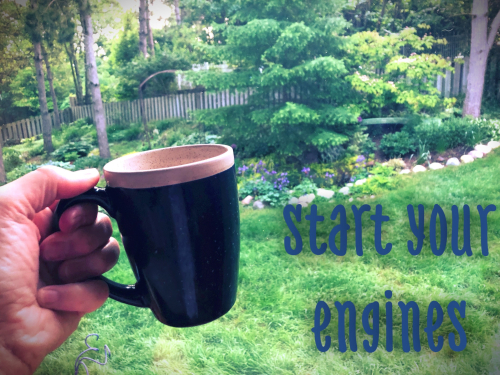 "Nature gives to every time and season unique beauty; from morning to night, as from cradle to grave, it's just a succession of changes so soft and comfortable that we hardly notice the progress."
--- Charles Dickens 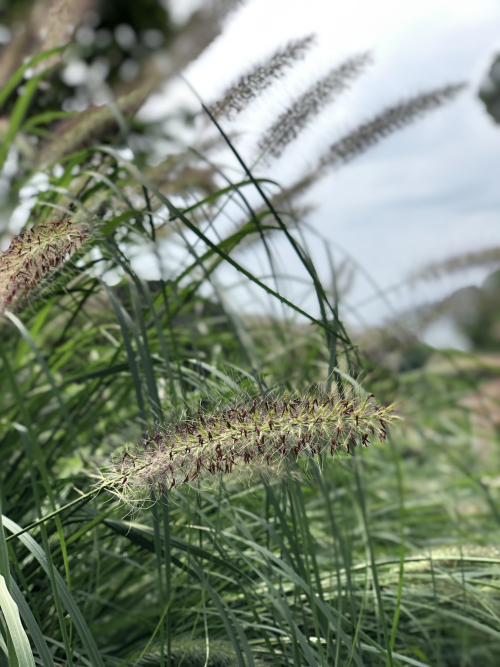 Today's word comes from a bike ride.  Here's the story.  Tom and I were out riding our bikes and talking about something he was working on.  And Tom used a word that made me stop my bike and say . . . WHUT?????  Because I had never heard or even encountered the word before.  Like, ever.

What was the word? 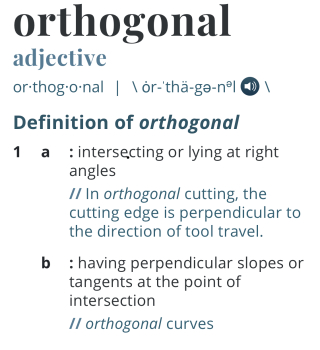 For Tom, this is a roll-off-the-tongue, everybody-knows-this-word kind of word.  But, then, he is a scientist.  And they do use some unusual terms . . . on the regular.

For me?  Never heard of it.

But when Tom explained, I understood -- on a very intuitive level.  He was using it to explain "orthogonal testing" -- or using two very different kinds of tests to prove a single result.  (Trust me, there are many, many, MANY more definitions of orthogonal than the one above.  It's a complicated word -- but all the definitions are related to perpendicularity.)  (Is THAT a word???)

Long story short . . . Tom says the best practical example he can think of (to help me understand the concept) when it comes to "orthogonal testing" is this:  If you want to know your exact location, measuring latitude and longitude (independent, perpendicular "tests") will be more accurate than measuring latitude (or longitude, for that matter) twice.

(How about you?  Ever heard this word before???) (And if you're also a scientist, don't answer that.)

Are you familiar with Lady Dye Yarns?  If you're not, prepare to find yourself heading down a bit of a rabbit hole . . . because her yarns are just lovely.  (And -- she sponsors very cool clubs and has some really awesome project bags, too.)  Diane Ivey - the "Di" behind Lady Dye Yarns - is a BIPOC crafter and business owner, and she's working hard to help make the crafting community more inclusive.  She has just announced a collaboration with Romi Hill to commemorate and celebrate the 100th anniversary of the 19th Amendment (giving women the right to vote).

You can read all about the 19th Amendment Celebration Collaboration between Diane and Romi here.  I've already signed up -- and I hope you'll consider joining me!  It's a great project -- and a terrific way to support a BIPOC dyer and a supportive ally doing some really cool things in the world.

And another thing . . . As Diane points out in her description of the 19th Amendment Celebration Collaboration, the contributions of African Amerian women in the women's suffrage movement have always been overlooked.  And those contributions were significant!  As we prepare to celebrate the 100th anniversary of women's right to vote in the US, let's make make sure to boost our knowledge -- and learn the stories we should have learned long ago.  Here's a great place to start.  As Diane says so poignantly in her description of the collaboration, "the support and participation in our political process by ALL women ACTIVELY participating is very important."

Click here to see a very cool project by UK artist Peter Crawley.
(It's some stitch-y goodness that you just need to see!)

Hope your week is off to a very good start!

So Tom wasn't talking about orthogonal vector space? It's an interesting term that I've run across in math and chemistry, but I think it's also used in fields other than science - like art! And Lady Dye Yarns and the 19th Amendment Celebration is very cool. Thanks for bringing it to our attention!

That stitching is quite amazing! Front and back sides! Also, I love the Romi-Lady Dye Yarns collaboration and have joined you in signing up!

Have a great week!

What a great word! (No, I had never heard it before.) The 19th Amendment Celebration is very cool. The stitched mountains are AMAZING!

Here's what I heard: ortho . . . blah blah blah. LOL. I most definitely don't have the brain of a scientist! Thanks for the link on Lady Dye and Romi's collaboration. I saw it on Instagram and planned to sign up, your link makes it super easy to just do it!

Sign-up complete! And no to the orthogonal but I DO like saying it! :-) Thanks for the all the info today Kym...you make our world a better place!

I've definitely heard the word orthogonal before, though I can't say I've ever used it or really fully known what it meant. I love learning new words!

Now to go learn some more about the 19th Amendment!

Thanks for the reminder about Lady Dye & Romi's collaboration... I read about it over the weekend but was unable to act. I've now acted!! <3

I signed up, too! Orthogonal sounds like a word my ortho might use while replacing a knee or is that my personal issue?:-)