And So It Begins

This afternoon marked the official "opening" of our annual . . . 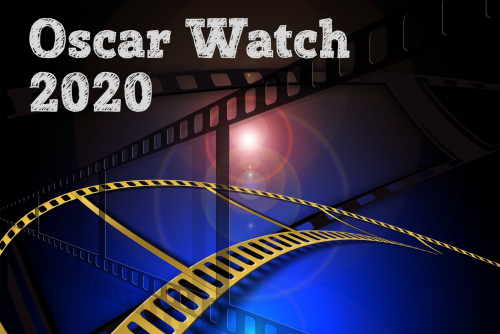 Although the Oscar winners won't be announced until February, Tom and I have already started following "the buzz."  We have our list.  And we're heading for the movie theater.  (Yes, beginning to follow the contenders this early in the process means . . . we see a lot of movies that never make it to the nominations.  But that just means . . . we see a lot of really decent movies!)  (It also means we don't miss the early-release movies and have to scramble to find them later.)

So. . .  today, we saw a matinee of Quentin Tarantino's latest, Once Upon a Time in Hollywood.  This was a great movie to kick off the season for us.*  First, we're Tarantino fans.  Second, it lives up to the hype.  It was very good and great fun -- and I'm not going to say another thing about it.  (If you're interested in seeing it, my advice is to avoid the spoilers.)

* Technically, we kicked off the season with Us several months ago.  But that was really too early to be considered our official kick-off.

I'm eager to see this one.

LOVE! I said tonight at happy hour we need to see the new Tarantino movie! Thank you for the push!

Good idea to start early, and avoid the rush and scramble. I wish I was that organized (in almost any aspect of my life)!

Oh good about the Tarantino movie. We were already considering it. How useful is your system considering that they seem to release most Oscar contenders toward the end of the year. Which doesn't seem fair though strategically wise. Still..to have a leg up on at least two movies is still a help, and lots of fun in the process!

I love you guys. And I truly appreciate your early involvement with this as it helps me immensely when we start heading to the movies.

The Tarantino movie sounds like the one to see early so it isn't spoiled with all the hype it will get. We rarely go to the movies, but I would like to make the time to go. Maybe I'll go alone!

I am the exact opposite -- I usually see all the Oscar contenders on Netflix AFTER the awards have happened! But I'll be paying attention to what you see and recommend, and maybe this year I'll see a few before the awards are given out!

We saw "Us" recently, and it was good if unsettling. The Tim may see the Tarantino movie, but I a so not a fan of his, I avoid his movies like he plague.

I can't wait to see what other movie adventures you have!

Oh cool. I think I'll be seeing that one soon!