Fridays in April: Reserved for Poetry

It's April . . . National Poetry Month.
And you know what that means.
Every year in April, I share some of my favorite poems and favorite poets on Fridays.

I also encourage you to give poetry a try.

I know many of us had rotten poetry teachers in school, which got us off on the wrong foot with poetry.  We didn't get it.  No one could explain it to us.  We felt like freaks if we DID happen to like it.  We were made to memorize poems we hated and thought were gross.  It was a "unit" in a literature course that only lasted 2 weeks, and we were happy to have behind us.

But my guess is your rotten poetry teachers never shared the right poems.  The ones that did resonate with us.  Poems like this one . . . 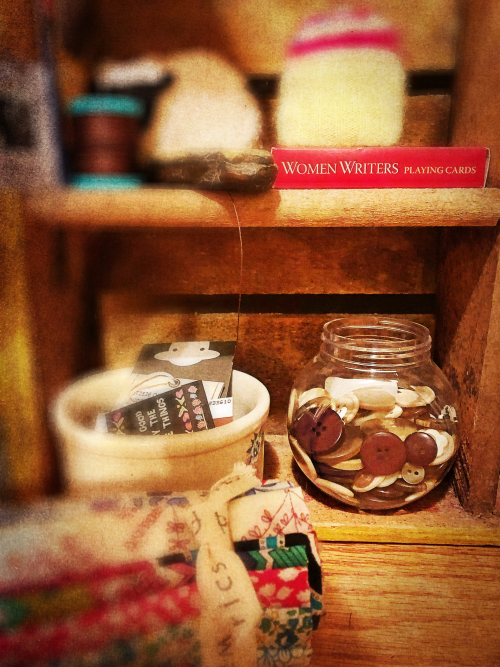 A Jar of Buttons
by Ted Kooser

This is a core sample
from the floor of the Sea of Mending,

a cylinder packed with shells
that over many years

and settled together
beneath waves of perseverance,

an ocean upon which
generations of women set forth,

under the sails of gingham curtains,
and, seated side by side

on decks sometimes salted by tears,
made small but important repairs.

Ted Kooser is a poet from the American Midwest best known for his accessible, conversational style of writing.  While his poetry is rooted in the Great Plains of the United States, his poems resonate universally - grounded as they are in humanity.  He served as Poet Laureate of the Library of Congress from 2004 - 2006, and is currently a Presidential Professor of Poetry at the University of Nebraska.  Ted Kooser also writes children's books.  You can find out more about him here.

The annual Poem-in-Your-Pocket day is Thursday, April 18 this year.  Think about sharing YOUR favorite poem with your friends that day.

The poem Jar of Buttons is from Delights & Shadows, published by Copper Canyon Press in 2004.  Poem copyright Ted Kooser.

I love my own jar of buttons and this poem. Thanks for sharing!

Poetry centered my morning today also! But, I love this poem about a jar of buttons!

Thanks for featuring Ted...he's a hometown boy and a personal favorite.

This is a poem easily understood on many levels. A perfect choice to introduce someone who thinks they may not like poetry. I have images of my grandmother's button jar (so-o many buttons!) and my mother's, as well. I'm immersed in a book of Wendell Berry's poetry. Some of his poems are so deep I need to read them several times and often come back to reread before I'm through the book, but he is another who speaks the language of nature and the nature of man.

Thanks for sharing that poem, it reminded me of the grandmother and her button jars.
Sometimes high school teachers just squashed our love for poetry. My HS homeroom teacher taught 11th grade English. I must have been in 9th or 10th grade and I read "Stopping by Woods on a Snowy Evening" that she had written on the board for her class. I liked it so much that I copied it down in my notebook. She asked me why I was copying it since it was for her 11th grade class , I told her that I thought it was "beautiful". She laughed and told me that I wasn't ready for her English class because I had no understanding of the poem at all. To this day it is one of my favorite poems, I still think it is beautiful, and I love the images and feelings it evokes.

Thank-you Kym! I'm hoping when I've more free time in life to take on some poetry. I've taken the names that you and Mary and Margene and others mention and have made a list. One day...

That's a beautiful and accessible poem. Thank you.

Wonderful! I guess I had a rare experience in that I didn't hate poetry when it came up at school and read quite a lot of it. I even wrote my junior-year term paper on the poetry of Robert Frost!

...and yet another reason to love Fridays! (at least in April ;-) I always love the poems you share, whether it's a familiar favorite or a new voice, it's always good for my soul. Thank you!

Great lead in to Poetry Month! Thanks for the reminder about Apr 18 and look forward to more Fridays!
Cheers~

Ted Kooser is a gem. Since he is local to me, I have heard him read in person three or four times. Such a treat. And poetry is one of the things I turn to when I need calm.

Thanks for introducing him. I'm not particularly drawn to poetry but I do like a good poem nonetheless. I will keep an eye out for him.

Te button poem brought me back to my grandmother’s sewing room. Thanks for tesweet memory!

Oops! I posted too fast. As a transplanted Nebraska girl I love NU and Ted Kooser!