Yesterday I had my 2nd (of two) shingles immunizations.  (Shingrix -- the new and highly effective vaccine against shingles.)  When I had my first one, my doctor didn't warn me of the side effects.  (In fact, he told me there really were none.)  (Which proved to be Not True.)  Anyway, I had some pretty dramatic - and surprising - side effects.  As in . . . I was out of commission for a full day after the shot.  (Think flu symptoms and you've pretty much got it.)

So, when it was time for my 2nd immunization, I planned a bit more.  I cleared my schedule and warned people that I might be feeling bad.  And I kept my fingers crossed that maybe for the second go-round, I wouldn't feel so bad.

But, no.
Here I am.
Feeling like total crap today.
(But I won't get shingles, which has got to be WAY worse than a couple of days of flu-like symptoms, y'know?) 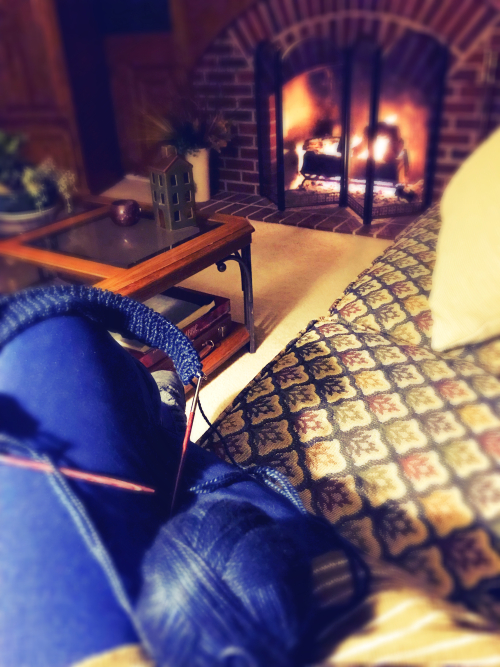 (And, on the plus side, I woke up today in a Michigan where weed is legal, gerrymandering is outlawed*, voting laws are loosened, and my Governor, Attorney General, Secretary of State, and U.S. Senator are all Democrats -- AND WOMEN!  If that doesn't help my flu-like symptoms, I don't know what could.)  (Well.  Actually I do.  But this is a good start.)

* This one is especially satisfying because Betsy DeVos and her family POURED money into the campaign for the opposition.  (Ha.)

Be sure to hop over to Kat's for more Unraveled stories.

I hope you begin to feel better as the day goes on! Here in Illinois we are ecstatic that we have a new democratic governor, hopefully he can begin to repair some of the damage of the past four years!

I follow MI politics like I still live there and yes, I was crazily happy at these FEMALE results!

Hope you are feeling MUCH better and soon! XO

Boo for the crappy side effects; you're about the fifth person I know who has had at least a day or two of moderate or more side effects each time. But awesome election results almost make up for those side effects! Hope you feel better soon.

Wonderful election news Kym!!! Having had shingles (decades ago when in high school), you are smart to have gotten the shots. Hope you can enjoy a bit of knitting/reading/napping and celebrating your State's results!!

I'm so sorry you had such bad side effects. Larry did too, on the first one. Fortunately his second didn't cause too much trouble. I didn't have a problem, just felt kind of tired for a day. I read that the percent of people who get sick is really high - something like 2/3rds. Crazy! But yes, much better to have the vaccination! I had a very mild case of shingles a couple of years ago, but fortunately had no pain at all. My next-door-neighbor had what his doctor said was the worst case he'd ever seen. That was something like 3 or 4 years ago, and he's still in constant pain from the nerve damage.

Oh I hope those symptoms pass quickly ... for sure those election results - and that LOVELY bit of BLUE knitting must help!!

Your state voted for some of the same issues as my state with the same results. Our Congressional race is still up in the air and could be for DAYS! My only side effect with the new singles shot was a VERY sore and painful arm and a slight rash in the area of the shot. MAN, it HURT! I'm waiting for my pharmacy to get more of the vaccine so I can get my second shot. This time I'll be rubbing the spot (more) to try and spread that serum around! Hope you feel better today and your reaction isn't as bad as last time! xox

Hope you are feeling better soon.

Voting wise ...... I got a mixed bag. Some of "my" candidates won. Some did not. My previous state proved once again why we got the hell OUT of Florida.

I'm sorry that you're suffering! I've got that on my docket for January. I know dose #2 is hard to come by around here. I'm glad things went well in your state. I live in MA so there's really never any question how it will go!

Oh dear! I just know my doctor will recommend the new shingles shot! Feel better! Congrats to the women in your state! We have our first African American woman representative. Former National teacher of the year, I would love to see her involved in Education and straighten Betsy out!

So sorry about your reaction to the Shingles shot! With my 2nd, I experienced a bit of soreness. And you're right, better this than the real stuff! Feel better fast...
Yay! for Michigan (my birthplace!) 'Bout time it woke up to its senses!
Cheers~

WOW! Michigan is looking better all the time! Except for winter, lol!

Unfortunately, here in TN it was business as usual. Elect Republicans by spreading lies about the Dems. Our new Senator is a tRump kisser, however, our new governor-elect has a slightly more open mind about some things, so I am reserving judgement on him for now.

So sorry about the side effects, hopefully they wear off soon. I have the same problem with any kind of immunization. Even cortisone shots make me feel flu-ish. Hang in there!

Way to go Michigan. Perhaps this is a sign that the US is turning itself around. :)

Sorry about how you’re feeling and hope it passes quickly and without too much more discomfort. Yay Michigan! As a Canadian I watched the election results with some dismay, but Michigan gives me hope. Keep it up!

It's a great day to be a michigander! Stay low and keep sipping.

I'm sorry to hear that you're suffering those side effects, that's lousy. But still better than shingles, as you noted. Hooray for legal weed! We voted it in here in MA two years ago and still don't have legal sales of recreational marijuana (drag your feet much, MA?) but it's coming soon. My local guy lost but we reelected Elizabeth Warren and I'm thrilled about that.

Sorry about the shingles reaction. But at least one less thing to worry about, eh? Chloe

My doc just recommended that vaccine but I won't be getting it at least for a while, I guess, as there's a nationwide shortage! We had some good, some bad in WI on election day...

My husband had a day like yours after his second shot. Luckily I was spared. Congrats on the election results. I live in a red part of a blue state, so election results were a mixed bag, just like my ballot ;-) Hope you're feeling better by now!