Take My Hand, We'll Make It I Swear

Knitting with linen . . . is not for the faint of heart. 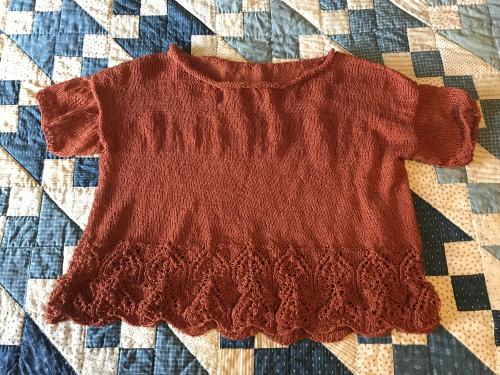 Because knitting with linen?  Well.  It looks like C.R.A.P. on the needles.

The gauge is off.
The stitches are wonky.
It twists.
It puckers.
It is incredibly . . . not nice to work with.

You need to have faith.  You need to keep that washed-and-dried gauge swatch nearby at all times during the knitting.  Because it all feels so very, very wrong.

We've got to hold on to what we've got
It doesn't make difference if we make it or not
We've got each other and that's a lot for love
We'll give it a shot. . . 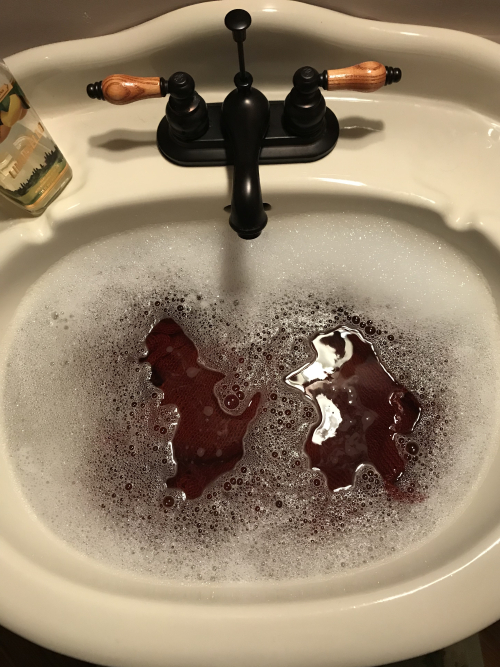 You knit on when you're knitting with linen.  Just hoping for magic to happen in the blocking (which often means the clothes dryer . . . instead of blocking pins).

And sometimes?  It all works out in the end! 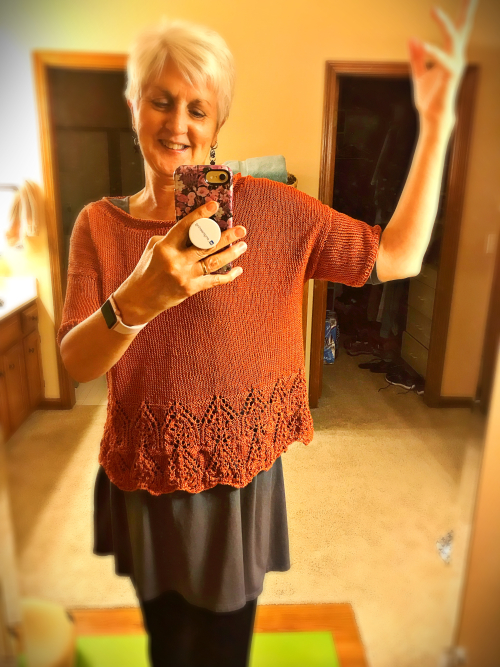 (Find Ravelry details here.  And once Tom gets back home, some better photos!)

And here's something very funny.  Jon Bon Jovi and I . . . used to have the same hair! 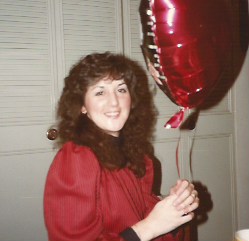 Be sure to head over to Kat's today . . . for more Unraveled posts.

Amazing transformation... I'm not sure I'd have kept the faith! It's a great top, Kym!!

Oh, Kym! It is perfect! (and perfect for this summer weather! Ha!)

I have not knit with linen but will keep this advice on hand, just in case.

Oh wow, that turned out GORGEOUS Kym. Love the color, love the design - the whole thing is just perfect.

The prayer worked. The sweater is amazing and you look beautiful in it!

80's hair! I always wished for some. Unfortunately, my hair did not agree. LOL

On Sunday I'll have a new blog. The blog address is http://littlestoneschoolhouse.blogspot.com
I hope you'll come join me there next week.

I really like your new top...it turned out great!

I don't think I would have been able to keep livin' on the prayer of linen working out, but you made it and it's gorgeous! I love your Tegna (and the idea of blocking in the dryer)!

How it blossomed into something to fashionable and wearable! Good work, Kym!

Beautiful! And you rock the hair much better than Jon! :-) (Well...he is cute though!)

That's just lovely!! Linen is one of my favorites!

That sweater had an amazing transformation! Great job!

Why don't my linen things turn out like that?

That turned out great! Way to have faith -- and I like how you "styled" it too.

Someone on Ravelry once told me that I should hold onto my failed Euroflax piece anyway just for the sheer pleasure of experiencing the sheen and drape that pure Linen has. Lucky for you, Kym , you can actually wear that sheen and drape. I hope you wear the heck out of it.

lol - LOVE that last bit about you and Bon Jovi (I, too, shared that 'do :-) and congrats on the great linen finish! What a perfect layering piece (with gray. and black!)

This is the second sweater you have knit that made me take a second look at a pattern. Love, love, love this sweater!

It came out great -- and since I bought some linen specifically to make this pattern, I'm grateful for the heads-up about the difficulties in store. Love the 80s hair. I know someone else who had hair like that in the 80s. (She might live at my house. In my body.) Btw, I adore your 21st century brightly white hair now. (Also not dissimilar to some hair attached to a person in my house.) #narcissistic