Here we are.  September . . . unfolding all around us. 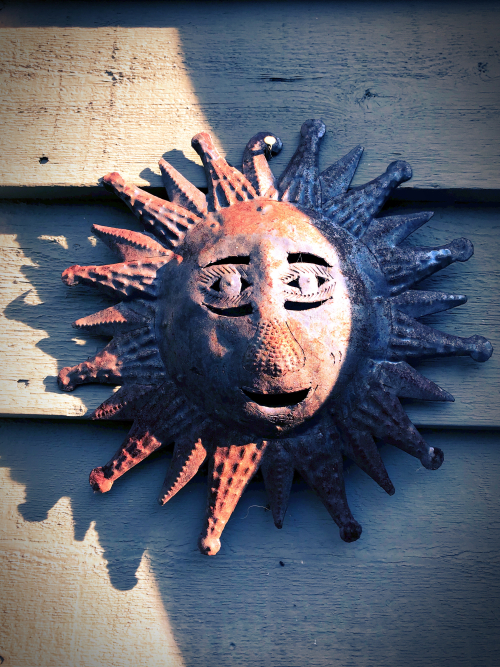 Last week, I wrote about my "September feeling" . . . and the fresh start effect that often accompanies a new season (and especially the back-to-school season).

Since then, I've spent some time looking back over the plans and intentions I set for myself at the beginning of the year.  Usually I set up intentions for the year based on my one-little-word (this year's word = focus), and this year I also made an "18 for 2018" list (along with many other listeners of Gretchen Rubin's Happier podcast).

I was pleasantly surprised when I went through this reflect/review exercise.  I can actually see that I'm making consistent progress toward most all of my goals and intentions.

Some of the plans I set out for myself were very concrete and easy to measure:  painting my dining room, for example, or re-configuring the path through the garden.  (Happy to report that both of those goals are in the books for 2018.)

Most of my intentions, though, were much more open-ended:  "follow your heart," for example, or "chew slowly."  Although I know that I've made good progress regarding both of those intentions, it's harder to measure such nebulous goals. (When I set these intentions, I start with broad statements, and then I whittle them down to just two or three word phrases for myself -- so they aren't quite as nebulous as they sound.  I do have some something to sink my teeth into behind those catch phrases.) 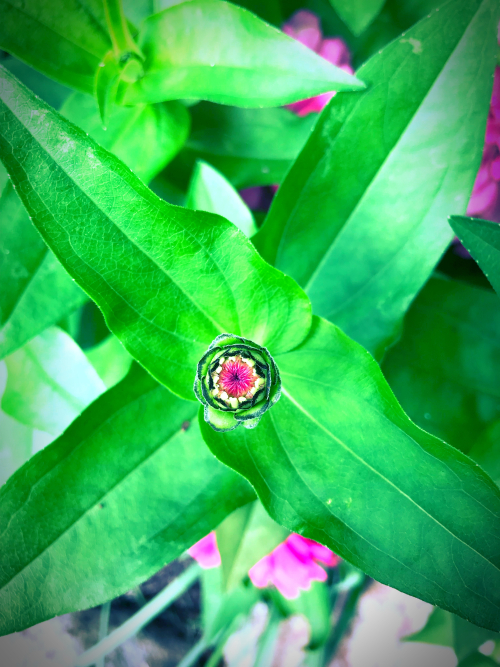 The best thing about my recent review, though, is the fact that I can see just where I want to/need to focus my efforts for the rest of 2018 -- when there are still a solid 4 months for me to work on my goals and intentions.  Now, I can put together a road map for where I want to be by the end of the year -- and, in some cases, I can even chart out where I want to go next . . .  as 2019 rolls around.

How about you?  Have you put together a road map for the rest of the year?  Anything special you're hoping to accomplish before January?

Dale and I did a shared list for 18 in 2018 and we've made some good progress but still have other things to do like paint the bedroom and get rid of the pool table. September is the time to reflect and re-energize, that's for sure!

This is an excellent reminder to do just that... take stock! I did set some goals and they could use an honest review! Thanks for this lovely reminder!

I'm still saying "yes!" ... and trying hard to say "no" to the right things. I'm also a bit in denial that there are less than four months left in the year!

I admire you for being so focused and organized. My goals are more like: I will survive the school year.

Any goals I had were too nebulous and have been dropped by the wayside. But with your article about planners a few days ago, I'm taking my September new start feeling and making a new start, complete with some goals and intentions for the next four months and into 2019!

Love this post, and am so impressed by your progress. I'm gong to work on some intentions.

Not being a fan of New Year Resolutions, I didn't consciously make any. But, I did determine to relax more and enjoy things...the process...the journey...each moment. So far I've been successful! Much more so than in prior years.

I really would like to lose some weight before the end of the year, but I need more than that nebulous phrase. I need to sit down and plot out exactly the steps I need to take.

I think I've said it before but I'm moving in the de-cluttering direction again this fall. It's been a couple of year since I did a serious toss. Also...considering some volunteerism again. Baby steps! xo

I made a list last year and a few days ago I read it and just LAUGHED! NOT ONE has been fully accomplished, well, maybe one has, BUT I can close in on a couple more before years end. And, big AND, I now know how best to approach a list for 2019. It might not be 19 goals and my focus for the list will change a bit, too. I'll make the idea my own, but I will do this again. Thanks, Kym!