So many minor news items crossed my desk this week that I decided to round 'em up and . . . wrap them all together for you.  Yep.  It's time for another Friday Fish Wrap! 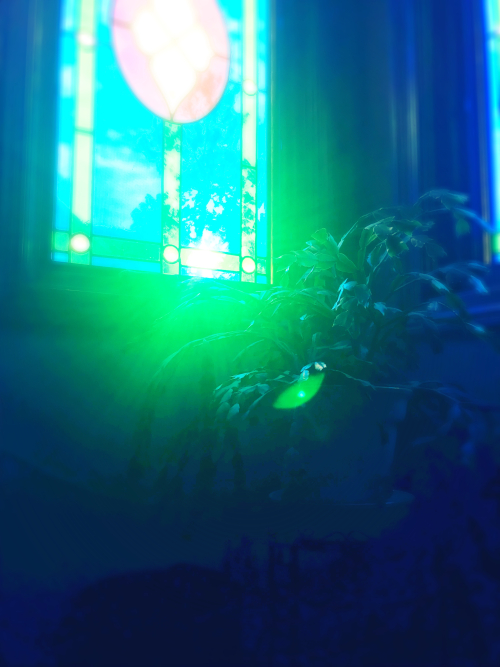 First, just a Public Service Announcement.  Don't forget to turn your clocks forward an hour on Saturday.  Generally, I don't like giving up an hour.  Ever.  But, somehow, I always seem to adjust to the spring-forward time change quicker and easier than I do the fall-back time change.  I'm not sure why that is, exactly, but it probably has something to do with my own personal bio-rhythms.  (Maybe?)

Anyway.  I dislike this time change.  But I will definitely appreciate that extra hour of daylight at the end of the day.  (I'm trying to focus my attention there.  And not on the fact that it will be darker and colder when I wake up in the morning.)

Last week, I mentioned that A Wrinkle in Time was my favorite book as a child.  I re-read it (again) this week, and found it to be as delightful as I remember it to be.

The movie-version opens today, and I've been reading some reviews to help me decide whether I want to see it (and risk bursting my childhood Wrinkle-in-Time-bubble) or not. 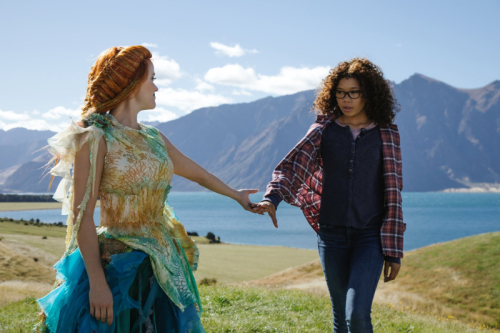 Reese Witherspoon and Storm Reid in “A Wrinkle in Time.” Credit Atsushi Nishijima/Disney

I'm leaning toward . . . going to see it, I think.  It sounds like the movie follows the book for the most part . . . with a few rather significant changes.   Change isn't always bad, though.  And some things about the story need to be updated for the audiences of 2018.  (The book was written in 1962, and while some things have stayed the same, many things have not.)

Besides, I think I want to embrace and support the first big-budget, blockbuster movie directed by an African-American woman (Ava DuVernay)!  I think I'll wait a bit, though.  Until some of the hub-bub settles and the crowds thin.

(Besides, this weekend we're off to see Black Panther.)

I've always intrigued by color . . . and the way we perceive color.  When I was a kid, I used to wonder if everyone else saw "blue" (for example) the same way I saw "blue."  I mean, it was apparent we all identified "blue" as "blue" when we saw it -- but I was curious about the perception.  Was "blue" the same "blue" for me . . . and for my sister?  Or my friends?

So it was kind of . . . interesting . . . that I married someone who is color blind.  Tom has trouble with reds and greens (which, as far as I can tell, he sees as what I would describe as colors along the grey-scale).  Now, Tom identifies "red" as "red" -- but it's definitely not the same "red" I see!  (Because, like . . . he has trouble picking out a male cardinal at our bird feeder.  And he needs to get pretty close up to tell that a poinsettia is "red.")

All that is a preamble to this story I found this week from The Atlantic about the color of tennis balls. Apparently not to everyone!  (This kind of links back to that viral thing about what-color-is-this-dress back in 2015.)  (We were all so innocent then, non?)  (Just sayin.)

Fun things I found this week that you don't want to miss:

Knitters, don't miss out on March Mayhem over at Mason Dixon Knitting!  The "superfancy bracket" is a true Thing of Beauty.  (Also an incredible rabbit hole of pattern-dreaming delight.)  (A most excellent diversion if you're procrastinating doing your taxes.)  (Ahem.)  Voting begins next Thursday, March 15.

Back in the days before I had kids, I used to think Mister Rogers was . . . silly.  I mean, really.  How could "modern-day" kids find any entertainment in a slow-talking, kindly gentleman in a cardigan?

And then I had kids.

And we welcomed the calm and loving presence of Mister Rogers into our home every afternoon.  Just when we needed him most.  When we were frazzled and tired and over-stimulated.  Mister Rogers became my hero!

So.  I will be heading to my post office later this month to pick up my own supply of Mister Rogers postage stamps! 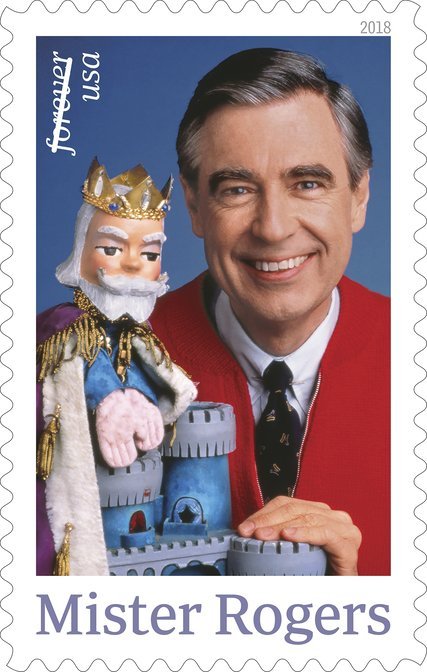 Yep.  Mister Rogers (along with - admit it, now - kind of creepy King Friday) is getting his own postage stamp!

Have a great weekend, y'all.

Mr Rogers! He was certainly the balm for my kiddos,too.

There are some interesting books on that longlist! Have a great weekend!

Cute/creepy stamp - LOL. Some interest titles on the longlist - thanks for that link. I see yellow tennis balls and the dress looks periwinkle blue and brown to me. Ha! Fun links and a fun wrap - thanks Kym. Hope you have a great weekend!

I absolutely loved Mr. Rogers and living in his neighborhood is one of the best things ever about living in Pittsburgh!

So much good stuff packed in here! Have an awesome weekend! XO

P.S. Thanks for the link to the Orange Prize. I love that I have read some of the titles there! And, I have added more to my read list!

Fun roundup again, Kym - thank you! I realized during month of letters that I need to up my stamp game ... that Mr Rogers stamp is awesome!

I've never seen so much in one of your FFW! This time change is easy for me as I love the extra hour in the evening and it doesn't take more than a couple of weeks (or so) for the morning light to return. I will be heading to see Wrinkle in Time (for sure!) and Black Panther was amazing!! We LOVED it. I see tennis balls as yellow/green (emphasis on green) and the dress as blue/black. It makes since that we all see color differently. We need to talk about the Longlist. Should we just go for it and read them all (if we can get them)? I'm tempted. I buy most of my stamps on-line. Have you seen the Bioluminescent Life group? I'll be getting Mr Rogers, too!

A Friday fun, fun, fun fish wrap. I too have often wondered whether people see colors in the main the same way. It sounds like Tom is somewhat colorblind and I am curious about how you know what he perceives. Maybe bluish and tarnish are really orangish and greenish. Thanks for all the fun ideas!

I've always wondered that about colors, too, and also food. Do mashed potatoes taste the same to everyone? How about roast chicken?! I mean, do they taste different and that explains why some people like certain foods and some don't? Or is that just personal preference and everything tastes the same? Gah, thinking about that stuff hurts my head. Love your post today, lots of fun stuff and hooray for Mr Rogers stamps!

Best smelling fish wrap...lots of fun things. For me, the tennis balls are lime green...and I didn't have kids but loved Mr. Rogers; always watched him as I was dressing for work. Definitely plan to see Wrinkle in Time and then re-read the book, or maybe the other way round...I have a librarian friend who didn't like the book - not.at.all! Wonder if she'll go see the movie...doubtful...
Cheers~

Sorry to be late but decided to write anyway because I think this is important. I’ve heard more than once that librarians loved Mr. Rogers because his s-l-o-w show helped children lengthen their attention span. He used only one camera. Modern shows like Sesame Street are fun and imaginative but thanks to the three camera system, no image remains on the screen more than three seconds. Maybe that might be a factor in so many ADHD kids?