THAT Time of Year

When I open my laptop and see this logo on my menu bar . . . 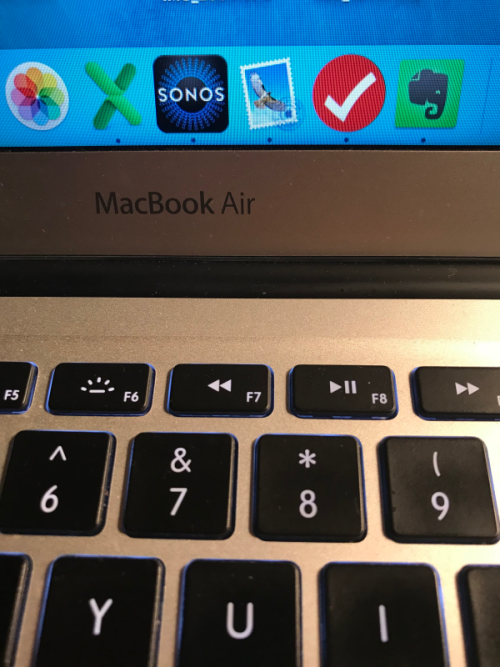 That little red check-mark Turbo Tax logo can mean only one thing . . .

(This year, that Turbo Tax logo is appearing on my menu bar in March.)
(Usually . . . it doesn't show up until April.)
(Because apparently I live for deadlines.)
(But that's fodder for another post.)

How about . . . three tax-filing tips from a (former-and-now-non-practicing-except-on-herself) CPA?

Just for the record, my taxes are finished already this year. (Pretty much.)
Which might be a new record for me.
(Is there a deduction for that????)
(But don't worry about my living-for-the-deadline thing.)  (Because I still need to file for my Dad.)

How about YOU?  Are you an early filer?  Or do you drag your feet (like me)?

Be sure to check out other Three on Thursday posts today over at Carole's.

I use H&R Block tax software, but mainly because that's what I started with years ago, can easily import last year's data an am too lazy to switch. I did Ryan's and Justin's, filed for my father, and did our federal. I only have to tally medical expenses (NJ allows a deduction for them), and I'll be done (but of course I'm dragging my feet on that last small item). So I'm not early, not late, just a procrastinator who resents every minute she has to spend wrestling her own money back from the government!

I drag my feet and I don't even do them myself!

We have started the process here...I think this is the easiest thing to procrastinate on in the world!

Ours are done! Not by either of us though. I'm going Saturday to sign off (and pay) and then they will all be e-filed. Even though Fletch is retired, we still use a CPA to get ours done. Neither of us knows the tax laws/rules well enough to do them ourselves. Colin used TurboTax last weekend and filed his. I hate the entire process!

I WOULD be an early filer if SMITH were not in charge. He's still dragging his feet, but maybe this week (he says). I hope so! LOL I guess we still have time. I'm hoping all things go together easily.

I used to drag it out but we did some things to simplify a few years ago. I am in charge of my dad’s taxes now too.

I got mine done a week ago. Until recently, I always did them myself, but my retirement income is from three sources, some taxable and some not, so, I gather everything up and have a professional do them ...less headache for me!

We have our info ready to go to the accountant, which is pretty amazing for us to be this prepared, this early. We stopped using Turbo Tax because the program caused some Major problems for us over 3 different years. It's taken us over a year of constant contact with the IRS to get it all straightened out & corrected.

I always try to get mine done as early as I can (though if we have to pay, I don't file until later).

I did my mom's a few weeks ago when I found out about MyFreeTaxes (http://myfreetaxes.com), which lets you electronically file BOTH federal and state returns for free, if your household makes less than $66,000. And it's not limited to just basic forms. You can use it even if you have income in multiple states, have investment income, work freelance, etc. It's offered by a United Way/H&R Block partnership. She had an unusual form she had to file this year that wouldn't let her use any of the other free ones (plus the others charge for e-filing the state return, and this one doesn't.)

But for us, we have business stuff to file, so we use an accountant. Just signed the return yesterday and got it back to him.

We've got ours (mouse in pocket...Doug has...) done and Dan's almost complete. I guess Turbo tax has changed this year and Doug had to pay and pay and pay for Dan's return as he's a duo state this year. I'll have to make sure that kid buys him a beer next time we cross paths! xo

Brings back memories of my dad ; he did taxes for small biz owners - they br'ot their year's records in brown grocery bags, etc...I have mine done by an accountant...have for 30+ years...always wait til first Mon in April to go...why rush!
Cheers~

I have misplaced one important document.
I have to contact Social Security to get it.
I have not handed paper over to my daughter with Turbo Tax.

Our accountant has all of our "stuff" ... he tells me he won't look at any 1040 returns until after March 15, which is a very bad disincentive for me ;-) and my mom is gathering up her stuff - thankfully, she's planning to use our accountant, too - so this year, I won't even have to LOOK at TurboTax!