Vicki and I  didn't just hang out at The Factory this past week on our big adventure.  We also visited a few area hot-spots and had some tourist time.  Here are three things we did: 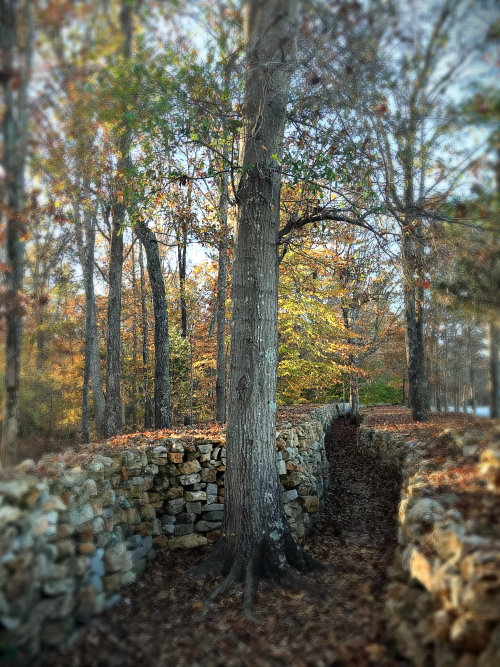 This wall (one mile long and 4-6 feet high) is the largest unmortared wall in the United States.  Tom Hendrix (who died earlier this year) built the wall to honor his grandmother, Te-lah-nay, who walked for 5 years back to Alabama from Oklahoma, where she had been displaced by the Indian Removal Act of 1830 (Trail of Tears). 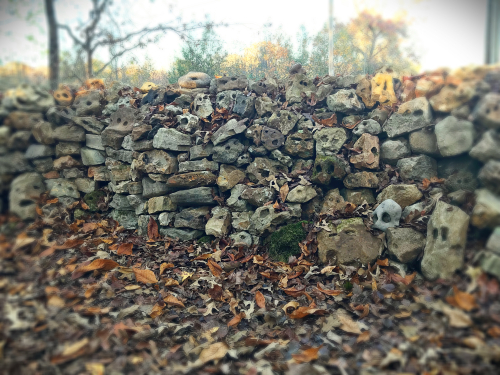 The wall is quite amazing.  Powerful.  Spiritual.  It feels like holy ground.  Visitors leave offerings along the way. 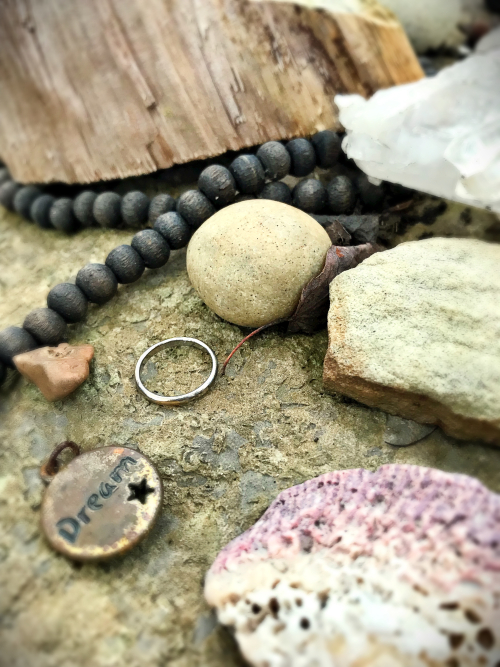 It's an amazing place -- and I'm so glad we took the time to drive out and wander the path. 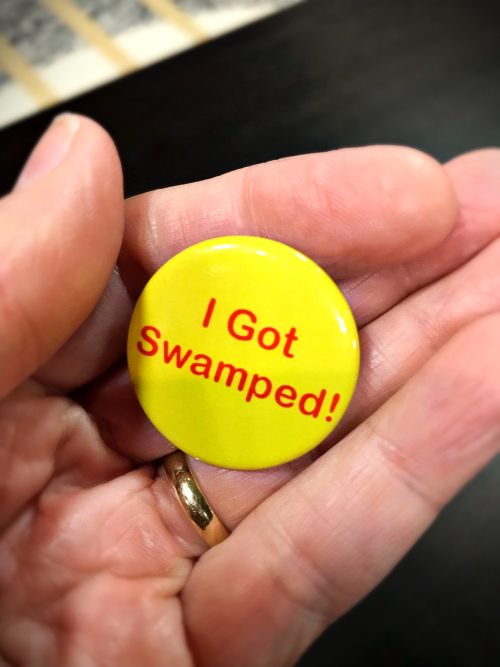 To set the tone, let's have a bit of a soundtrack (click here).  (This is some 1974 Lynyrd Syknyrd realness here; kinda fun.)
Did you catch that third stanza there???

Now Muscle Shoals has got the Swampers
And they've been known to pick a song or two
Lord they get me off so much
They pick me up when I'm feeling blue
Now how about you?

I had always wondered what the heck they were talking about.  Muscle Shoals? Swampers? Huh? 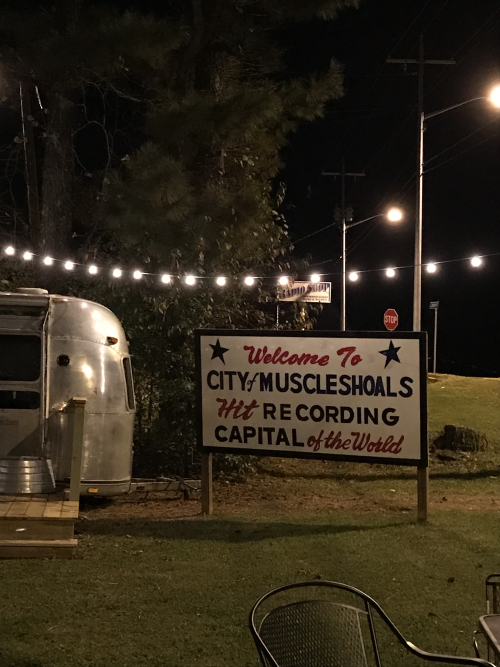 There were two major recording studios in Muscle Shoals (Fame and Muscle Shoals Sound Studio), and the Swampers were the studio musicians with a unique and awesome sound.  R&B, gospel, country, and rock stars from around the world came to Muscle Shoals to record with with Swampers. 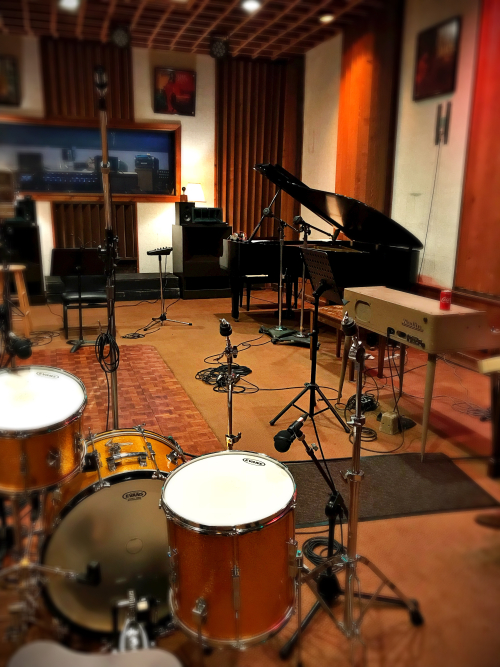 We toured the studios (Fame is still in operation; Muscle Shoals Sound Studio is now a museum) where so many (SO, SO many) hit songs we all know and love were recorded.  It was AWESOME.

(Want to learn more?  There is a great documentary out there called Muscle Shoals that tells all about the studios and the Swampers.  Fascinating.  Tom and I watched it as soon as I got home.)  (Here's a link to the trailer.)

When the workshop was finished, we drove to Nashville for a couple of days.  We spent Sunday afternoon at Cheekwood Estate, visiting the gardens -- which are beautiful in any season. 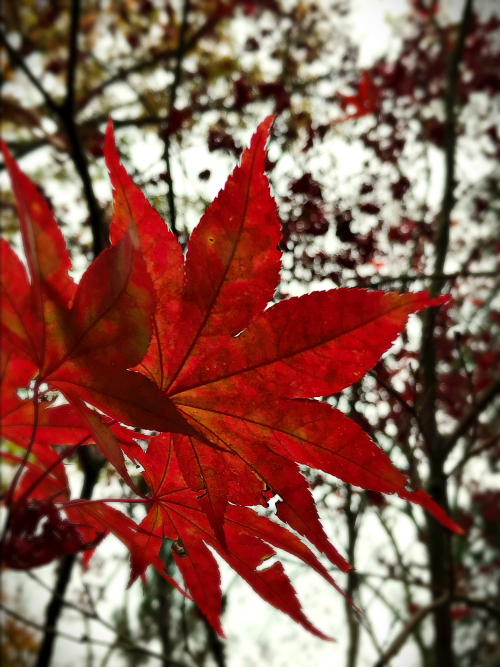 The gardens were in the midst of their holiday transformation when we were there -- with staff installing amazing light displays on the grounds.  So . . . half-price admission.  Bonus! 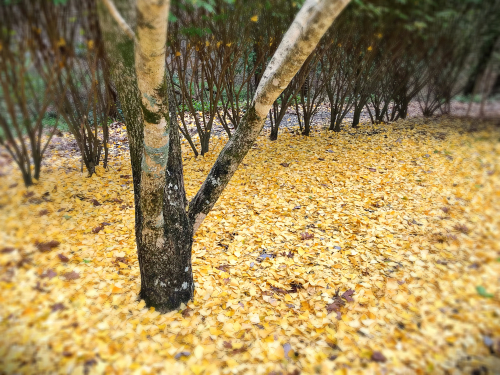 It was a lovely afternoon -- so nice to get out in the fresh air and walk around for a bit.  Time in a garden is always restorative.  We also visited two special exhibits in the estate, and they were wonderful.  (Unfortunately, the estate museum itself was closed for holiday decor, so we missed out on seeing that part of the grounds.  From what we glimpsed from the upper levels, it looks wonderful.)

It's always fun to play tourist in a new place!

Oh, I'm so glad you watched Muscle Shoals "the movie"!! And now you know the rest of the story! Haha.

I can't imagine how moving that wall must have been. (I have my necklace that honors the Trail of Tears and I love it.) The studio and the garden look like such interesting visits...my nephew lives there now...we really gotta go back and take in some more sights!

Three interesting and amazing things! The wall and garden are really beautiful and I would love to take a restorative walk in both places. And now I understand what what Lynyrd Skynyrd is singing about!

All such great places. The wall looks amazing and just seeing your pictures and reading what you wrote was so moving. Thanks for sharing.

I watched that Muscle Shoals video a while back & immediately added the museum to my Places To Go list.

I love that you went to these places. That wall is amazing, I think I'd like to see that some day and I know Dale would enjoy it as well. And Muscle Shoals, well, I've always heard about it but didn't know much about it until now. Queuing up that documentary, too.

Thank you for sharing these amazing sights with us.

Lovely photos and stories! I love it when I go someplace for one reason, and still have a chance to do some poking around not related to it.

Your photos of the wall show a little of that spiritually. It would be a powerful thing to see and to learn about. Muscles Shoals is a place I would love to go to hear the music I've followed for many years! Smith would have to come along, too! You guys really saw some really great things on your side trips.

So glad you wrote about this.

Oh I love that you limited this to just three things! that stone wall really speaks to me - the author of our women's bible study this year is from Kentucky and she talks about the "dry stone walls" there. It does seem magical and spiritual that all those rocks, laid one on top of another, can be a solid foundation.

What beautiful places! Thank you for sharing them with us!

What comes out of Alabama these days is tough to stomach...thank you for sharing the wall - powerful. I love the idea that your trip home was infused with great exhibits and restorative time...great complement (and compliment) to a wonderful adventure.
Cheers~

I loved following your trip vicariously--all so good. I always wanted to see Muscle Shoals--but I thought the Swampers refernce in the song was talking about people that lived around there :-) now I know what they mean for real.