Sundays are for Poetry 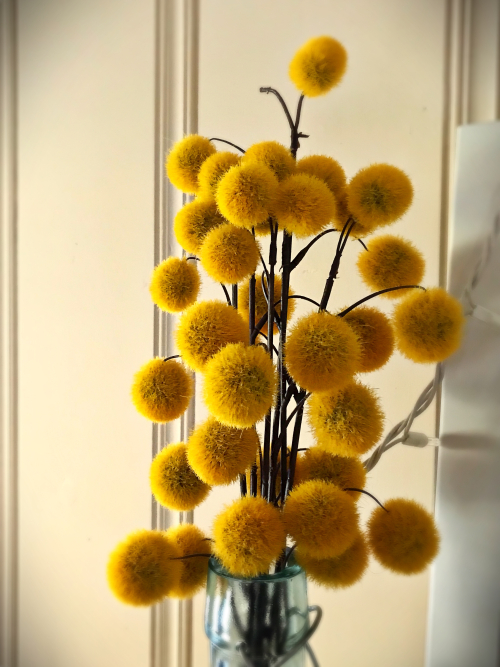 Could Have
by Wisława Szymborska

It could have happened.
It had to happen.
It happened earlier.  Later.
Nearer.  Farther off.
It happened, but not to you.

As a result, although, despite.
What would have happened if a hand, a foot,
within an inch, a hairsbreadth from
an unfortunate coincidence.

So you're here?  Still dizzy from another dodge, close shave, reprieve?
One hole in the net and you slipped through?
I couldn't be more shocked or speechless.
Listen,
how your heart pounds inside me.

Another amazing poem. Thank you

We need to pay attention to Szymborska's words. She speaks to who we are.

I love this one. Thanks for bringing me a poet I didn't know.

You always choose the best poems to share. This one takes me back to that moment when we almost lost Dale when the flag pole fell. Thank you for reminding me to be grateful.

That is quite a poem...one that invites many returns...and the flower is perfect (ly yellow ;-)).

It honestly makes my day to read this. Szymborska's A Tale Begun is probably my favorite poem of all time, but I am very happy to read more of her work. This one is stunning, and one I'll re-read often. (I wish could grow a yellow pom-pom tree as well as you have!)

Oh man, this is a really GOOD one. Thanks!

Wonderful, Kym! (and it blows my mind to think that this is a translation - wow, wow, wow!)