"I am not free while any woman is unfree, even when her shackles are very different from my own."
--- Audre Lorde

It's also the Day Without A Woman.

And, oh.  I have such mixed feelings about the Day Without A Woman.  I mean . . . if we could all - as in ALL of us identifying as women - actually step away for a day?  Well.  It would truly be something.  But that can't really happen, can it?  For lots of reasons, lots of women will choose not to participate in the Day Without A Woman -- either because they can't or they won't or they forgot or they don't know how.  And then, a day like this kind of loses its impact, y'know?

This morning I put on my Nevertheless-She-Persisted t-shirt . . . 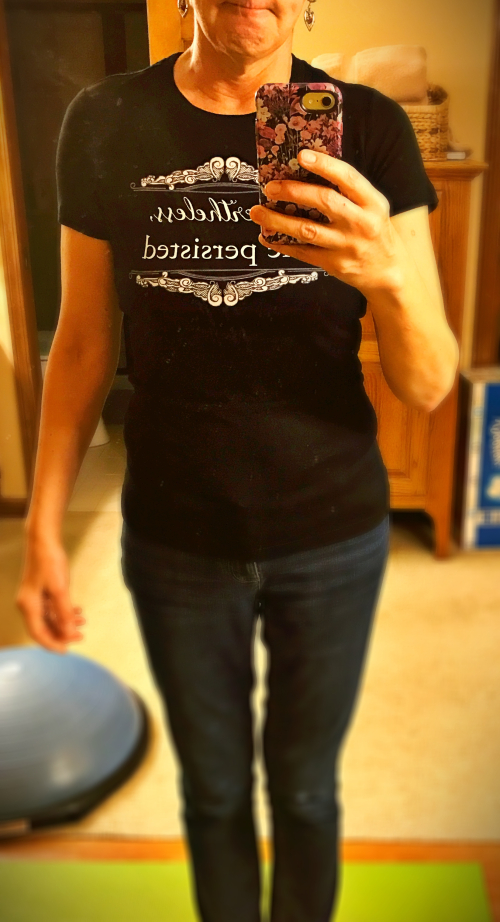 Layered on a red sweater and my red peace-sign earrings . . . 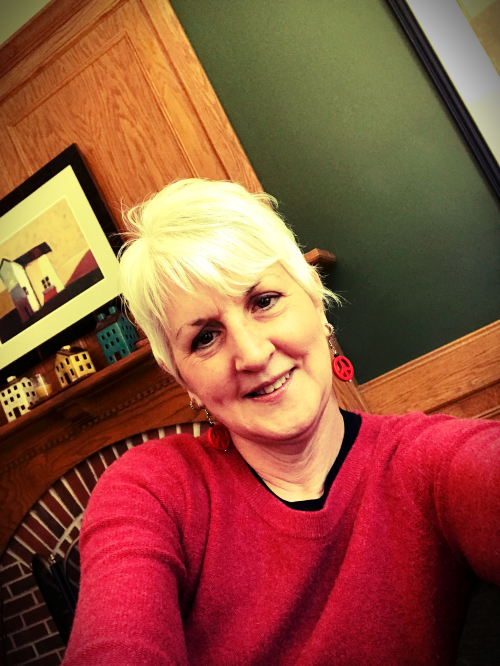 And then agonized over whether I should go out to breakfast with Tom or not.  (Because by going out to breakfast, I was spending money AND possibly contributing to other women having to work . . . and there I go, overthinking again.)  In the end, I went.  Justifying it because we went to a local restaurant serving local fare.  Also woman-owned.  And I was heartened to see . . . only one woman working in the entire place (where there are usually many)!

As for the rest of my day, I'll spend it NOT spending any money, supporting women - all women - no matter their choices, AND . . . thinking about my sisters all over the world.

I'll also be chewing on this for the rest of the day (from the New York Times Wednesday Briefing this morning):

"If you're going to change things, you have to be with the people who hold the levers."
--- Ruth Bader Ginsburg

I'm working but I have my red sweater on! We had to see our attorney today (woman!) and in the middle of our work she exclaimed - you're wearing a red sweater! Yay! Those elected official statistics are just crazy...for being so forward...we're really quite far behind. :-(

I wore red and I'm working. And going out with Dale tonight like we do every Wednesday. I thought about skipping it, like you did with breakfast, but I honestly think part of the way we move forward, as women, is to support each other in the decisions we make.

I dream of the day people of this country think a woman is a capable as a man. There is so much work to be done! Thank you for sharing your thoughts and leading the way.

I also had a morning full of overthinking, as I couldn't really take the day off with a big project to submit by tomorrow. So I put on my red shirt, worked, didn't spend any money today, and will support women again tomorrow with another donation to Planned Parenthood. Those are incredible statistics; I would have predicted where the US would stand, but never would have guessed Rwanda and Bolivia. Lots of work ahead ...

I have spent some of the day reading the awful comments on FB about this March. I just do not understand the mind-set of people who do that... If you don't believe in it - or don't want to march - or whatever - that is fine - it is your choice (remember choice). But the people who do want to do the march and do believe in it - deserve that choice also. And not get slammed for it. OK, vent over - ha!

Wore red with pride today and only spent money today in support of beautiful women who made jewelry at a local craft market. We need to support each other so I felt my purchases did that.

You are so right--we need more women lawmakers! Time to get busy.

Wonderful post, Kym. here's to making a better country for our daughters to inherit!

While certainly support everyone's right to protest I am not sure I fully understand A Day Without Women. I agree with you that unless it is something all women can afford to do or participate in - which it isn't - the point gets a bit lost. I worked that day and posted the following on FB. "While today was a day many women didn't go to work in protest (which I support their individual decisions), I proudly worked in Philly participating in a meeting about how to fund legal services for immigration services. It was a very informative and interesting meeting and opened my eyes to many of the misconceptions you hear people spout off about in the media and on social media. I've taken the stance that instead of just voicing my opinion I will make my actions speak for me. I work for an organization that provides free civil legal services to people - ensuring access to justice for all. The people we serve are the most vulnerable of people being attacked by our new president. I am glad that on a daily basis I can work to help provide continued funding for free access for justice for all."

I, like you, wore red. I did have some work to do - when you work from home, it is kind of unavoidable. However, I - like you - did some reading and also thought about how far we have come, but really - how much farther we have to go. I think that equality will finally happen when people do not have to set a goal for a percentage of women (or minorities, or whatever) - that having everyone involved and hearing all voices is just the way it is supposed to be. But, bravo to those countries (that many in this country would say are not as advanced as we are) for being brave leaders in the world we all want to live in.