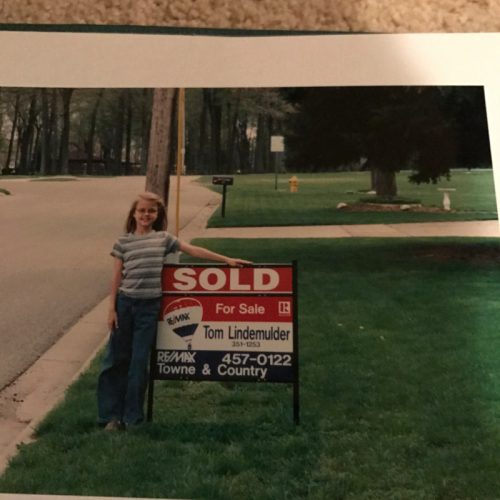 The move was particularly brutal.  It was a very hot summer -- and the old house didn't have air conditioning.  The family, along with a few stalwart friends, moved to their new house slowly . . . carload by carload; trailer-ful by trailer-ful.

It was hot.  And tedious.  And although the children were old enough to help in five minute bursts, they were still young enough to be very much underfoot.  And bored.  And loud about being bored.

(In other words, fun for the whole family!)

Anyway . . . one afternoon, when all the stuff had been moved out of the old house, and the father had gone back to his job, the tired mother dragged the children back to the old house to do some cleaning and to make sure the family hadn't left anything behind.

The mother had one task in particular:  Clean out the refrigerator.  Not the food -- because it had already been transported down the road to the new refrigerator.  She just needed to give the now-empty interior a good wipe-down.

When they arrived at the old house, the children were distraught.  Because it no longer looked like their old house.  It was . . .

It's creepy in here, said the children.

There's nothing to doooooooo, whined the children. 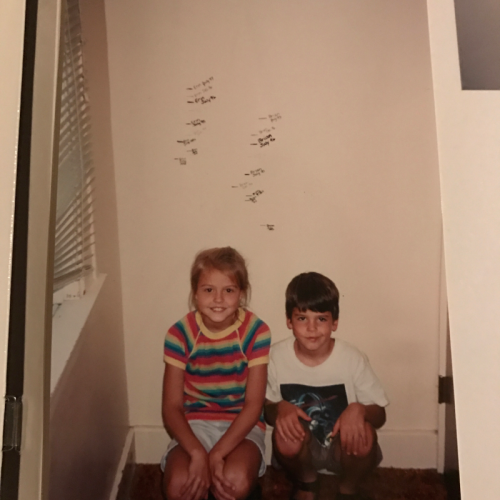 (The adorable children, posing in front of their "growth chart" on the wall in the back stairway on the very day of the fridge clean-up.)

The mother tried her best to ignore her whining children, and - despite her extreme exhaustion and general ill-temper - dove into her task.  After scrubbing the interior of the refrigerator to a Like-New-Shine, she moved on to the freezer compartment on top of the refrigerator.

The entire freezer FULL of ice cubes dumped out onto the floor, covering the mother's feet and causing her to jump back in amazement!!!

Until the entire freezer compartment was filled with ice cubes.

And the kids?  Well.  Now they had something to do!

Read more Think Write Thursday stories here -- and join the fun by signing up to receive the weekly prompts here.

Very sweet.
I think you can write a children's book based on this.

Hope you are well. xo

Love it! I can't even imagine All. That. in the heat. xo

You did a great job of presenting the children''s point of view.

Oh, man! Fantastic!! That poor mother - always stuck with the not so fun jobs! XO

Oh how lucky you were to be that mother! NOT. I hope the kids were entertained enough to get up every last cube!

This needs some of your drawings! Too funny!

What a great story!

I love it! An abandoned building tale in the truest sense, but without any scary creepiness. Of course, I think all mothers can imagine just how scary bored and whining children can be. You couldn't have planned that jackpot any better!

What a story - and with pictures and a surprise ending! (I hope the Mother got to go home and pour herself a glass of wine :-)

Fun Fun Fun! This is a great story and the "children's" photo is perfect. Thanks for sharing.

what a great story - thank you for telling it to us!