A Day Trip to County Wicklow, Part I: Avoca

On our last full day in Ireland, my sister and I wanted to visit County Wicklow, south of Dublin.  So we signed on for a RailTour. 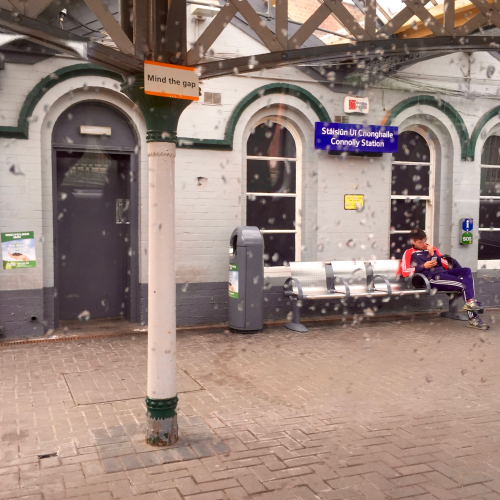 We had a wonderful day -- and we enjoyed the company of QUITE the cast of characters:  our taxi driver, John (who sang an old Irish tune along with an instrumental song on the radio, thought we were from Virginia - no matter that we explained where we were REALLY from, and warned us repeatedly about the dangers of traveling in crowds) (yeah) to our tour guide, Paddy (seriously) to Dave (just a guy on the train from County Wexford who was eager to talk about American politics with Real Americans).  All of the people we met in Dublin were wonderful.  Friendly, welcoming, helpful, and really interested in conversation.  It was so refreshing.

Our first stop was someplace I'd really looked forward to visiting . . . the Avoca Mill. 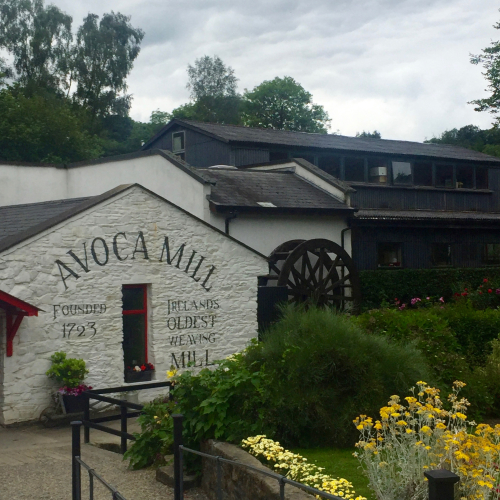 The Avoca weaving mill has been around since 1723.  The sheep farmers around Avoca Village became known for their woven blankets -- and especially for the bright vegetable dyes they used on the wool. 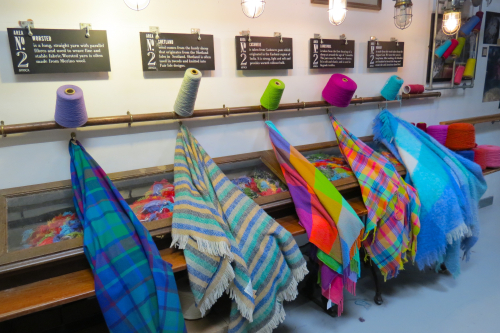 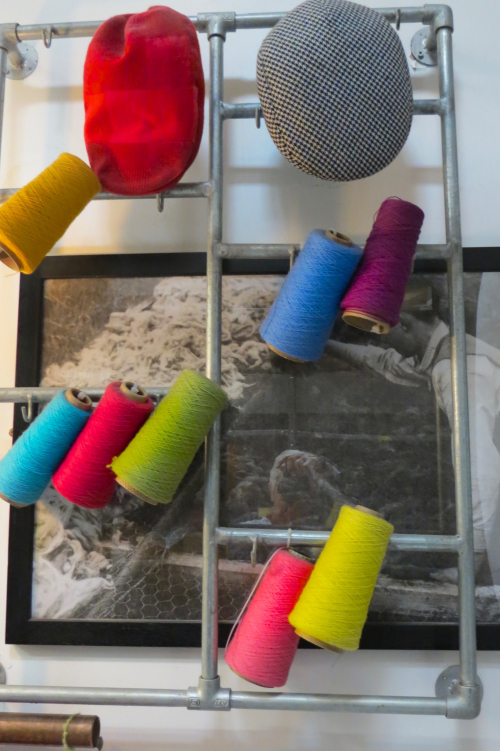 We had a tour of the mill, and got to see all aspects of the weaving process in action. 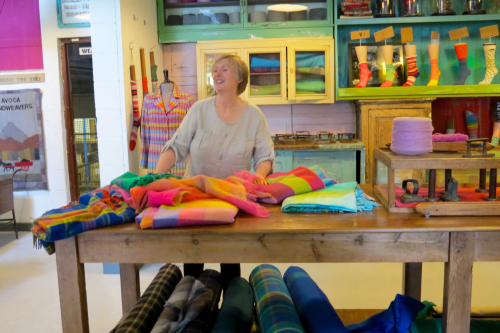 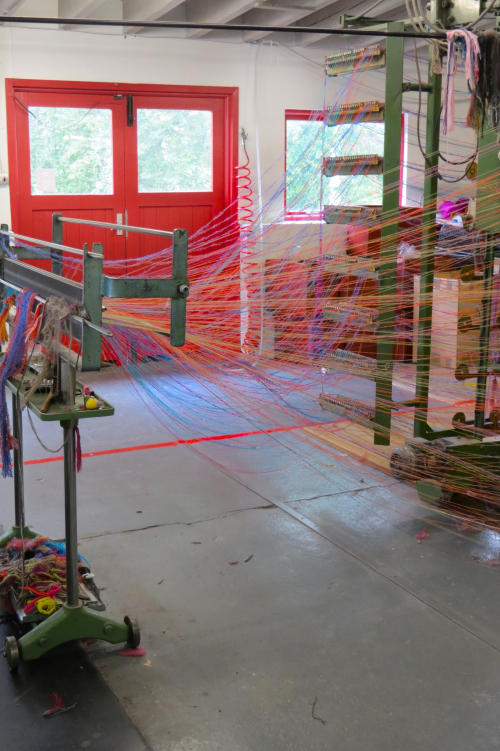 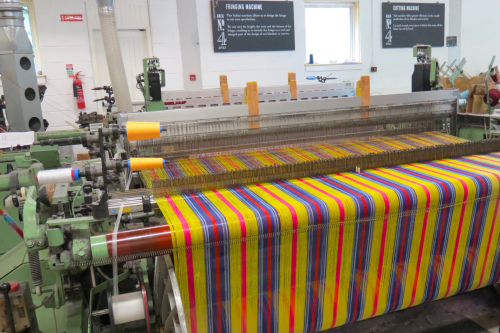 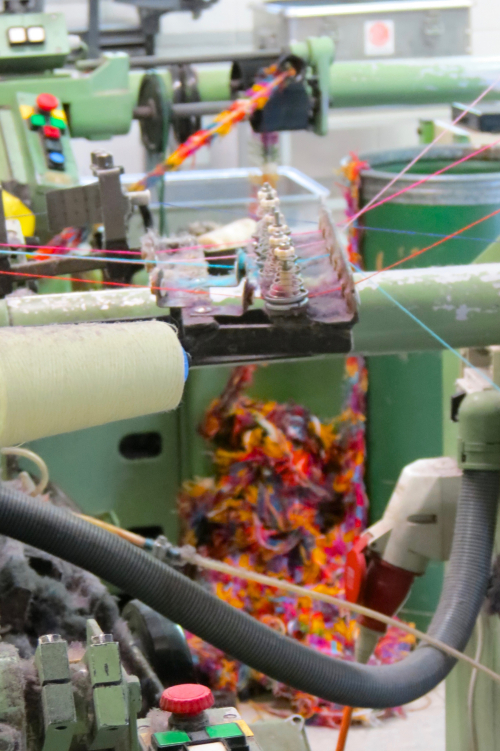 It was all quite fascinating -- and their weaving is just gorgeous.

We did a bit of shopping after the tour (I got myself one of their throws -- this one -- and it is just lovely), and ate lunch in the cafe.

Everything about Avoca was Just. Charming.  (Apparently, a television program - Ballykissangel - was filmed in the village of Avoca.  Another set of sisters on our tour were Big Fans -- and headed into the village instead of the mill.  Neither my sister or I had ever heard of the show before.  Apparently, it is a Big Deal in the UK and Australia, though.) 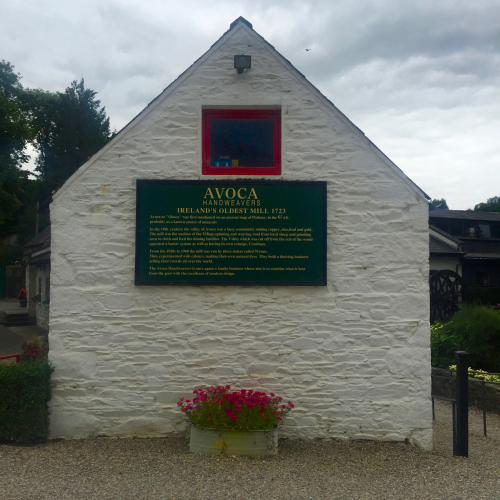 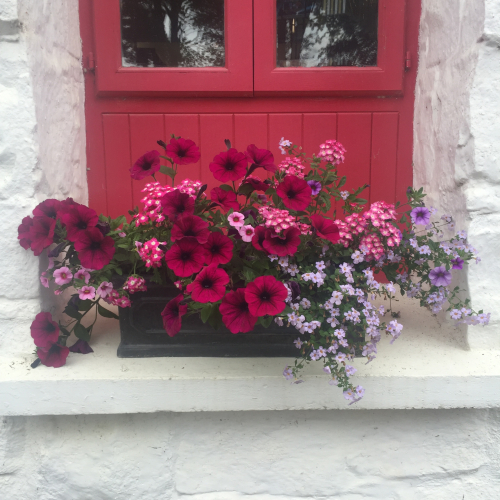 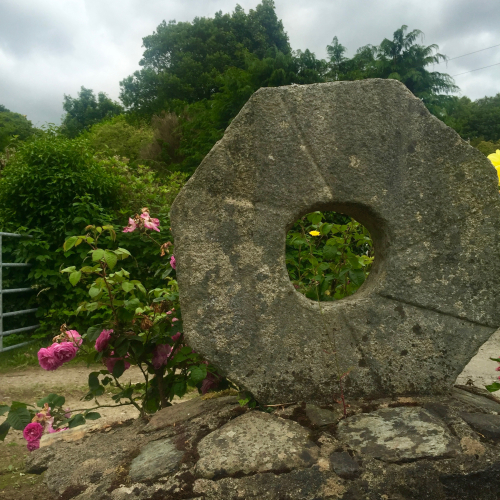 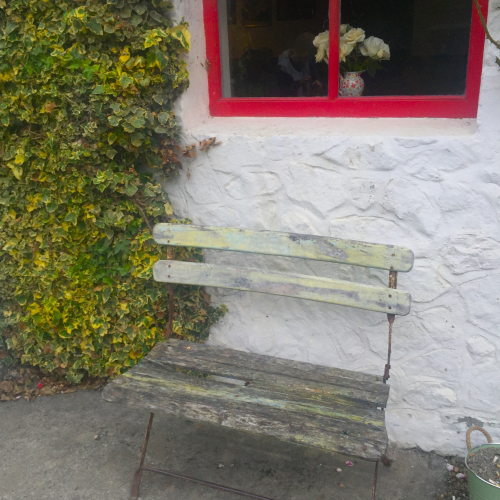 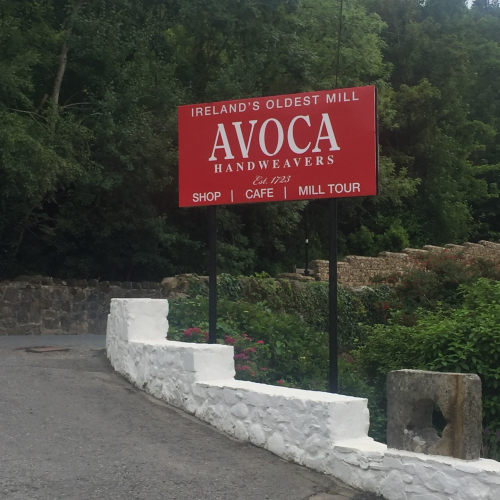 It was a perfect first-stop on our day-long trip to County Wicklow.

Your mill photos are gorgeous and the colors are so vibrant. What a perfect place for you to visit!

The scenery is lovely as usual, and the Avoca Mill! As soon as I saw your wonderful photos, I knew that a throw would be the perfect gift for my sil for Christmas. Of course, if I'm having it shipped from Ireland, a cashmere scarf for me might as well come along for the ride. Beautiful stuff!

Did you stop at the cafe? The day we were there, we had lunch and it was amazing. Then we headed to Glendalough, which was crazy beautiful (and where we treated ourselves to sweaters).

I love this so much! Wow, what incredible colors! Thank you for sharing - I did not know about the Avoca Mill at all!

I brought a throw back with me from Avoca Mills back in 2001! I recently pulled it out & put it on the foot of my bed. Love the colors of your throw! I'm hoping to return to Ireland in May.

I've never heard of Avaca Mills. I love the colors, the weavings, and the blankets. You picked a throw that is perfectly you (of course). The town looks simply charming!

I've never heard of it either! (And you're not helping with my "I know we're going warm this winter, finally. But are you sure we shouldn't just go back to Ireland thought process...) A question...what is Mind The Gap? (Photo #1)

Oh man, there is nothing like a mill tour! That one looks particularly colorful & fun. ;)

Maddy has encountered quite a few Kiwis interested in talking politics -- heck, I think the whole wide world is more interested in actual POLITICS than most of the U.S. -- and has considered telling people she's Canadian... at least until the election is over. (I can't imagine fielding endless questions about DT, in particular, and the whole state of affairs and how it's even come to this...)

I just checked out their website--they are quite reasonably priced and incredibly beautiful!

Sounds like a great day! And we loved Ballykissangel! :)

What a wonderful side trip! That mill is amazing - such colors, and the looms - I don't see how all those tiny threads become beautiful fabric (and like Kim said - extremely reasonable!) ... and of course the charming flower boxes and all that green. happy sigh...

These beautiful colors could perk up any day--breathtaking!