My sister and I make a pretty good travel team.

For example, she is Always Prompt.  I am not.  Together, we're a bit on the later side of "on time."

She is good at reading maps.  I tend to rely too much on my intuition.  (As in . . . I think we should go THIS way.)  Together, we still get lost -- but tend to find our way for the most part.

She is a thoughtful and cautious planner.  I tend to just wing it.  Together, we hit that middle ground of staying safe while having a bit of adventure.

But when it comes right down to it, I'm older.

So, while in Orkney, I suggested a tour of the Highland Park distillery.  (Strongly suggested.)  (Maybe even demanded.)  (Ahem.  Older sister.)  You see, she has never tried whisky.  I love whisky.  I hoped we might meet in the middle.

(In truth, I did not have to put on my bossy pants; she was totally game to go.) 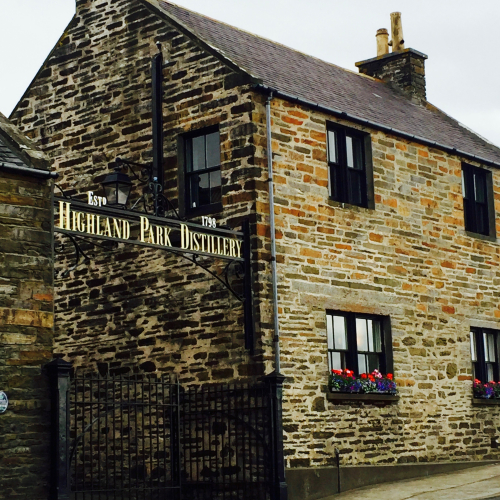 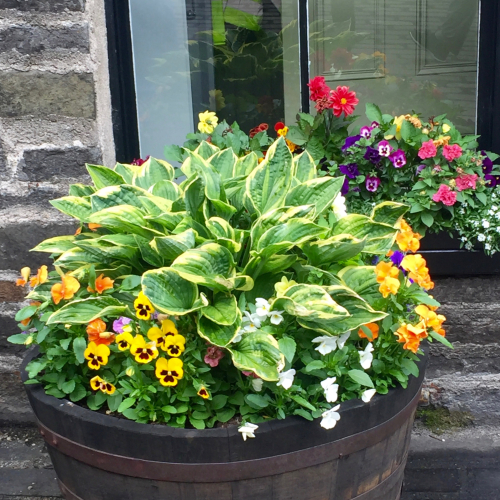 We learned a lot on our tour.  Things like . . . Highland Park is the northern-most whisky distillery in Scotland. 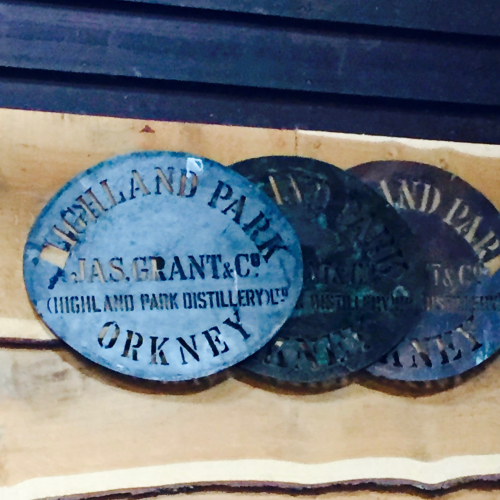 And . . . Highland Park is one of the few distilleries that still malts their own barley. 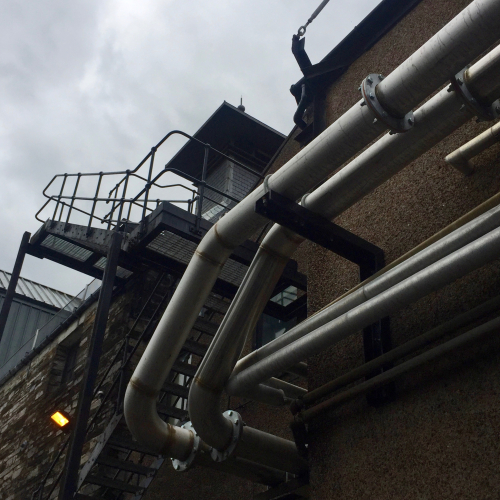 They also use locally cut peat.  And they shovel it by hand. 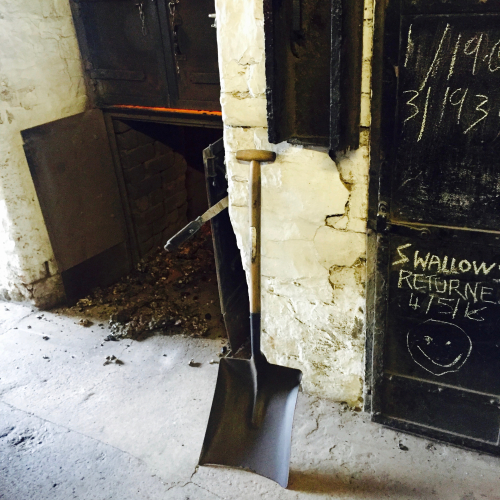 We learned a lot about barrels and flavors and timing and how long whisky really lasts. 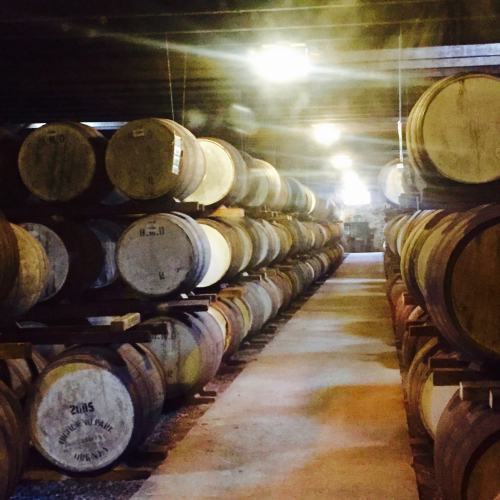 And, finally, we visited the Tasting Room. 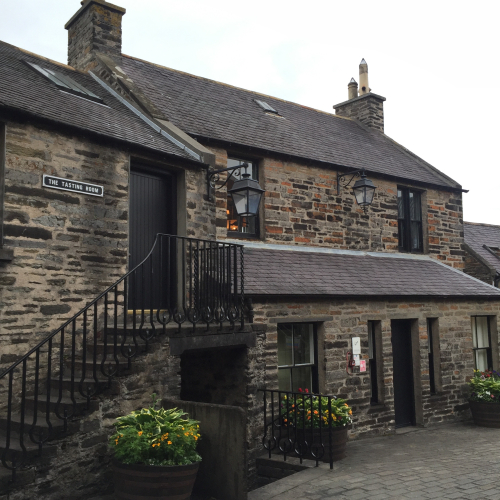 Here, we learned all about the various selections (we had samples of 15-, 18-, 21-, and 25- year old Highland Park whisky).  We also learned that to properly enhance and truly enjoy the full taste of whisky, you need to chew it. 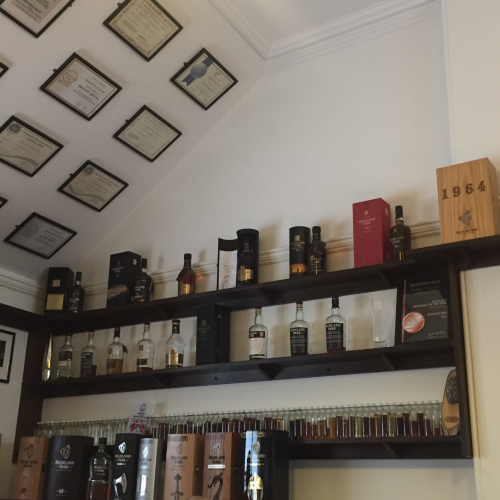 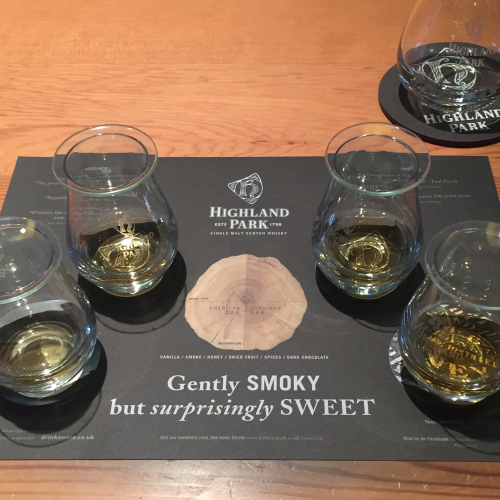 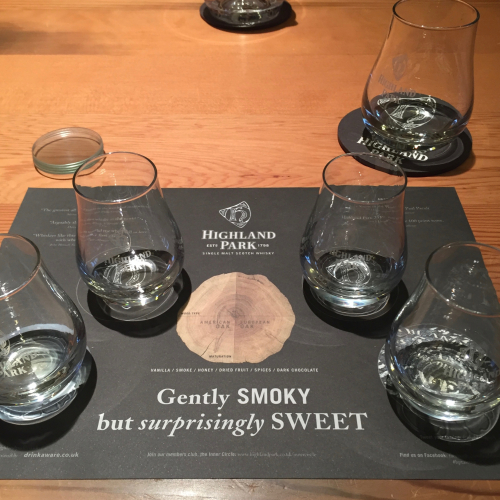 (My sister?  Not so much.  She was a very good sport about it though!)

(And I'm sure she'd want me to point out that she had no reservations about trying the whisky.  She even chewed it.  It just wasn't her cup of tea glass of red wine.) 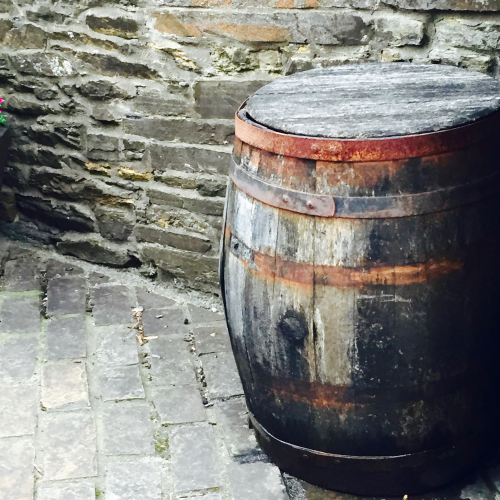 And then . . . it was time for us to leave the Orkney Islands.

I had been hoping to see a puffin or two while we were there, but did not.  We did, though, see a pod of porpoises swimming alongside the ship as we left the Islands.  So lovely to see!  (I didn't even try to photograph them.  It was such a treat to just watch and enjoy.) 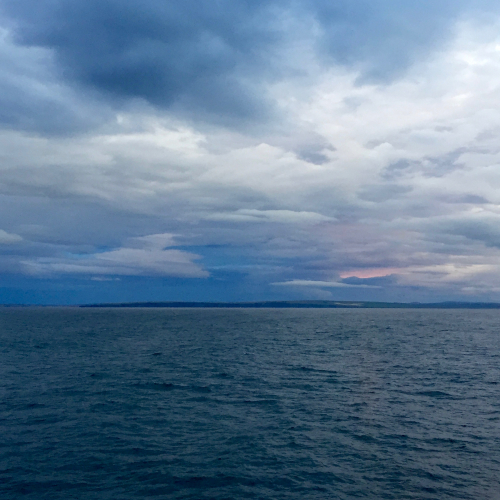 Have a great weekend!

I would totally like whisky, but I'm more a (LOVE) whiskey girl myself. You are the best travelogue reporter. Everything you show and write has a personal touch and brings me along on your adventures! Thank you. Enjoy your weekend and I hope your knee is feeling much better!

When I was in Scotland we went to the Glenfiddich distillery and I learned that I really like whisky- I did bring home a wee bit of the good stuff! Hope your knee is better!

Such a great adventure. Those buildings! I'm making my way through the scotch/whisky/whiskey world...some days are more enjoyable than others! Have a wonderful weekend!

With each one of your travelogue posts I've thought, "This is my favorite one", but really THIS is my favorite! I wondered where the 'e' went, and I will have to try that chewing thing. Could you taste any differences in the different aging periods? Ryan is trying to convince me that he might need some 40-year old whisky as a gift when he finishes at CSU, but the price is astronomical. I wonder how a grad. student is even managing to afford the 10-year old stuff, but there are some things a mother doesn't need to know :-)

I never knew that about the spelling of whisky vs whiskey - how interesting! I have to say that I truly enjoy bourbon but I'm not a fan of scotch.

Elder Son and I toured a distillery in Scotland, too -- it was either Glenfiddich or Glenlivet, memory fails me. I still do not like Scotch, tho :-(

that all sounds fascinating. I wish I liked whisky; it was my dad's favorite drink so I had lots of opportunities to try it :-) maybe I need to try chewing it!

Great post, and thanks for taking us along with you! I'm going to have to try chewing on some whisky since you recommended it-when it cools down in the fall. Hope you knee is feeling a bit better!

I'll take my whisky any way I can get it - chewed or not. Though I must say once I tried bourbon (sampled for the first time in Charleston, maybe that had something to do with it.) I left most whisky behind. Maybe if I tried some of that 25 year old stuff....:). You do write the best travel posts, Kym!

Tonight when I enjoy a wee taste, I will definitely chew! Thank you for sharing your travels--it looks like so much fun!

A visit to a distillery is a must of any trip to Scotland! My mouth is watering at this post! I just love the aged buildings and the rustic feel of the scenery, and those little pops of color are just stunning. Great photos!

It's not my favorite beverage, but I certainly learned to appreciate whisky when we were in Scotland -- we toured a small "illicit" distillery in Aultbea, Wester Ross. We could even have made our own! Or signed up for a 5-day "experience." Hm. That could be a fun in combo with a knitting retreat! ;)