Stepping Away from the Edge
Home Archives Profile Subscribe
LIVE . . . from Up North
Right Now - May 2016

Improving on a Good Thing

When we're up north, we like to sit around the campfire at the end of the day (if the mosquitos aren't too bad) with a beer or some wine.

Some nights, we treat ourselves to these, too. 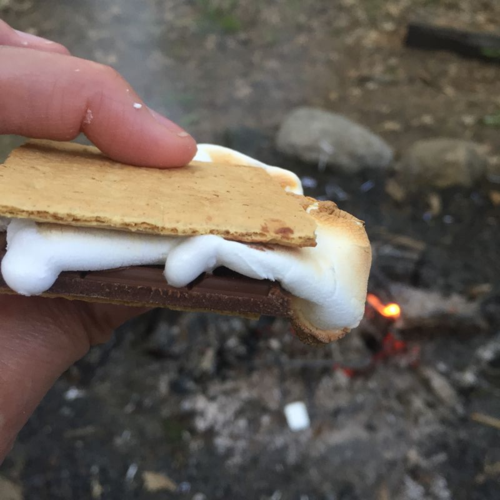 Over the years, Tom has become a Master at making S'mores.  He perfectly toasts two marshmallows until they're Just Right, and then slams them between two half-graham crackers sandwiched with half a Hershey chocolate bar. 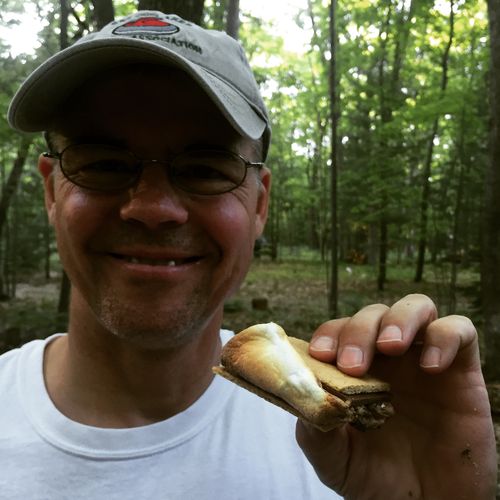 But this year, he found something at the local grocery store that made them Even Better! They're a little hard to get on the toasting stick* -- but they make the PERFECT marshmallow for S'mores.  (Quickly, too.) 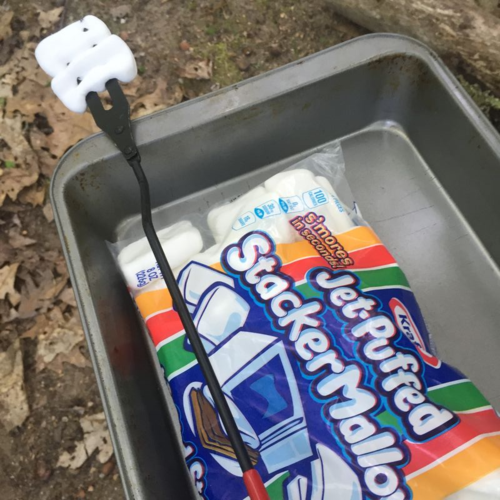 * I think these marshmallows are specifically designed so you can make microwave-S'mores.  But that just seems somehow wrong to me.

I did not think it was possible to improve on a campfire toasted s'more! Wow! Genius idea!

That s'more looks absolutely perfect! Looks like you're having fun!

Delicious! Purists might object, but my favorite s'mores are made with Reese's cups instead of Hershey bars. I have tried to cut them in half horizontally for better melting, but this gets dangerous after several beers.

Humm.....am I feeling curmudgeonly? Those flat marshmallows seem too neat. Maybe reading A Man Called Ove is getting to me.

Microwave s'mores!? That's an oxymoron! Looks like you're enjoying your time up north!

oh man, I LOVE your new wifi! I wasn't a fan of s'mores (too messy) but I LOVED a marshmallow toasted JUST right. I'm glad technology is marching on...for all the really important things ;-)

Microwave s'mores aren't bad if that is your only choice. The marshmallows harden quickly after being microwaved. Over a campfire is definitely better if you have one available but sometimes you just need a s'more fix and there is no fire available:-)

Who'd ever think of reinventing the marshmallow?! Uh... Kraft, I guess. They don't always get those reinventions right (IMHO), but this one sounds pretty good. I think I'll have an opportunity to test for myself sometime in July! ;)

I would really love to know how to do s'mores without a campfire or lighting up the grill. I guess you could maybe hold the marshmallow over the electric stove burner? ha! Not sure how that would work. But I'm craving s'mores! We are grilling out this Sunday - maybe I'll go get the fixings for them!!