Stepping Away from the Edge
Home Archives Profile Subscribe
Poetry Friday
Drop Everything!

Six weeks ago . . . when Tom agreed to be on a relay team for a run in early April . . . I'm sure he never truly anticipated snow.  Or below-freezing temperatures.

Oh, he knew it COULD happen.  (Because spring is a fickle beast.)  But, really?  What were the chances???? 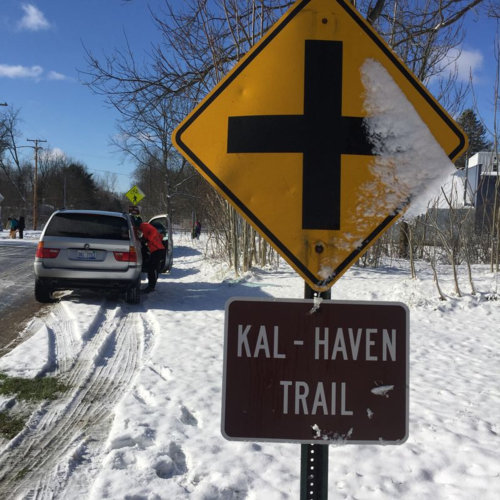 Yep.  There you have it!

And . . . totally committed to running this thing! 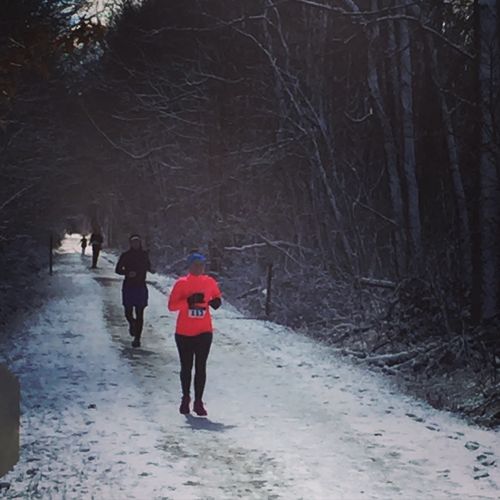 The Kal-Haven Trail Run is a 33.5 mile race along the Kal-Haven Trail - a rail trail that links Kalamazoo with South Haven.  Some people run the whole thing on their own, but most people choose to split the course up and run it as a relay.  Here's Tom, above, just about to overtake the woman in orange neon near the end of his 8-mile stretch.  Tom ran as part of a 6-person co-ed team -- with friends of ours from the gym.

I was f-f-f-freezing just watching and taking pictures.  (Good thing I had my Stopover sweater!  Never thought I'd still be wearing it . . . in APRIL.)

After the race . . . best part!  Mexican food (and margaritas!) in South Haven. 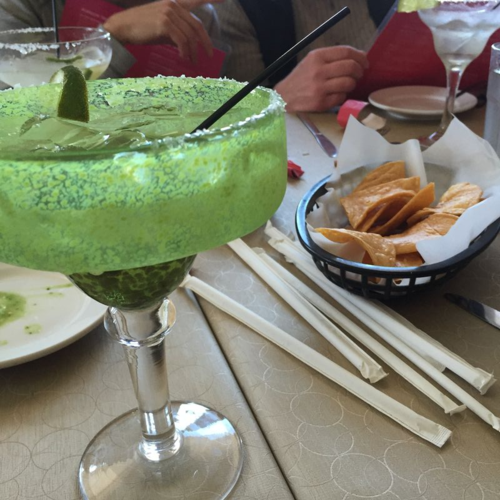 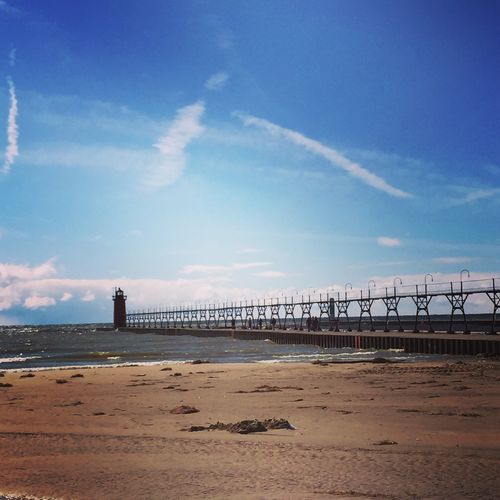 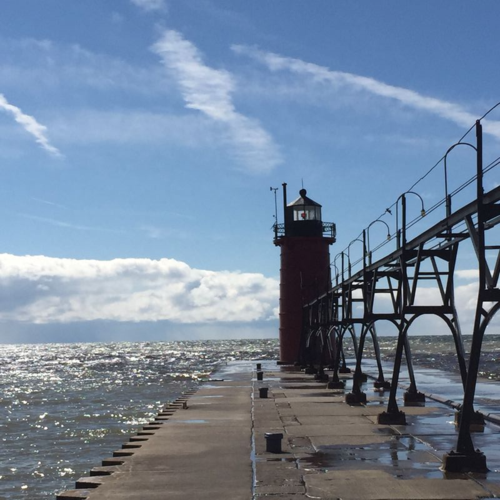 Great day to be on the trail... despite the weather!

It was such a cold weekend, but your photos are just fantastic! I can almost hear the roar of the water! Thank you for sharing!!

Seeing all that snow and ice in April makes me want to stomp my feet and yell, "Not Fair!" but I don't think that would accomplish much. Mexican food and margaritas are a much better way of dealing with this weather nonsense!

Looks like an excellent blustery weekend! That lake is so amazing!

At least you had some salsa to warm you up!

Fickle is the word, that's for sure. I'm SO ready for cocktails and snacks on the deck. Alas, it doesn't look like it will happen anytime soon. Yay for Tom! And yay for you for lending your support. I'm sure the Mexican food and margaritas was a HUGE sacrifice on your part.

I shiver just to look at your photos. Cold here, too -- it keeps snowing and melting and the dogs come in with snow on their backs.

You are both intrepid to spend that much time out in the cold. The pictures of the lake look worth the walk on the pier, but, wow! it looks SO cold! Yay for margaritas and good food!

It's freezing in southern New England today...temps in the high 50's but the wind chill is beyond biting! You and Tom are much braver souls than I...I'm cold just looking at your photos! Cheers to two intrepid souls!

thank you for bringing us along ... virtually! I didn't even have to put on a jacket :-) (of course the Mexican after party wasn't nearly as much fun though :-)