I've gone to the Chicago Flower & Garden Show every year for the last six years.  Usually, I sign up to go on a bus trip sponsored by one or another of the garden groups in town.  It's fun that way -- hanging out with other gardeners on a (relatively) comfortable charter bus, knitting all the way, not having to worry about Chicago traffic, and being transported right to the door of the flower show.

So I decided to just drive myself.  I invited a few of my gardening friends -- and off we went!

The drive to Chicago from Kalamazoo is easy (it's just the traffic that's Not Fun) -- but yesterday we had the added complication of super-duper high winds.  We knew it would be okay, though -- because as we headed west toward Chicago on I-94, this giant, brilliantly-intense, full double rainbow appeared just before us.  (I so wanted to stop and take a picture -- but it was pouring rain at the time.)

Anyway.  We had an easy - though windy! - drive in to the city (only had to wrangle with one uncooperative toll booth), and walked into this . . . 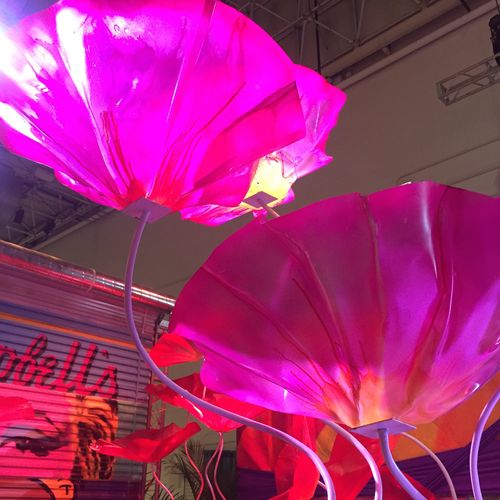 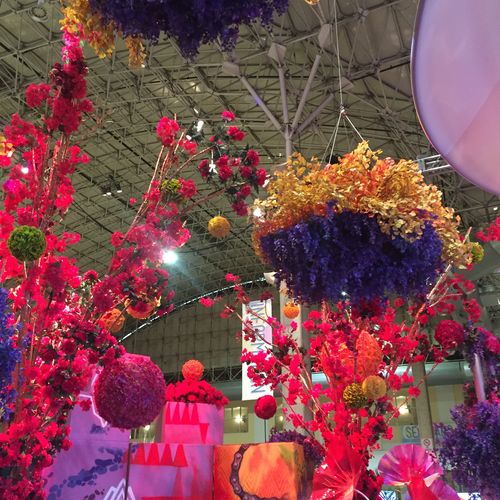 The best thing about the flower show . . . is really just seeing the explosions of color. 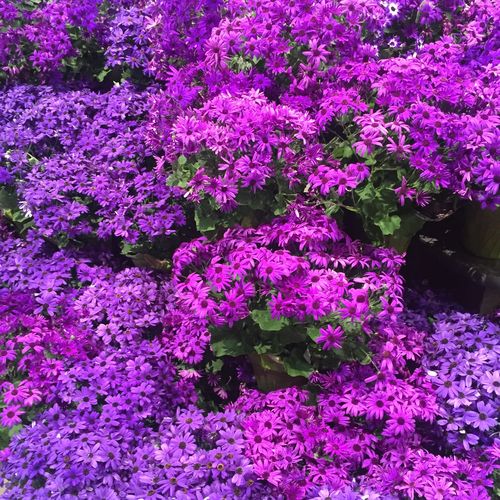 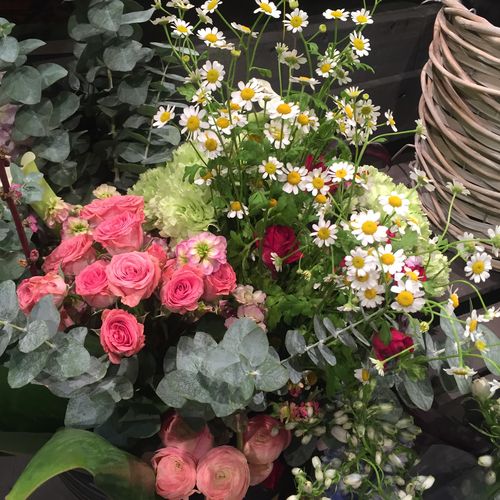 Hydrangeas of all colors and sizes. 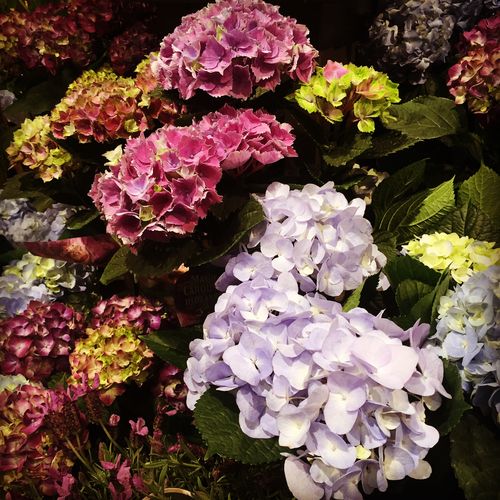 A general sense of hope for the return of Spring -- and blooms of my own. 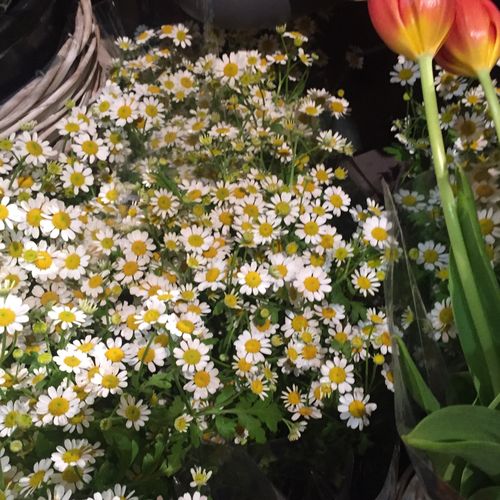 We had a great time at the flower show -- and it's always nice to get away with gardening friends where there are blooms around!  But.  We were all rather disappointed in the actual show overall.  After seeing so many of them, this one just lacked the WOW-displays of past shows.  We talked about this a lot on our way home.  We wondered if it's just that we're "hard to please" because we've been to so many shows . . . but we decided, no.  This one really was a bit lackluster.

Still.  It was a great day -- and so wonderful to spend some time among the blooms!

The winds were even stronger on our drive home - but we were traveling east, so they were behind us.  It took nearly half a tank of gas to drive to Chicago (pretty typical) -- but the needle barely dropped below a half-tank on the way home from Chicago (not typical at all).

I decided it really was a whirlWIND day!

I'm sorry it was a bit less than incredible, but the color, scent of lilacs, and hope for the return of Spring sounds like it was a worthwhile day. I've gone to the Phila. Flower Show in the past, but the huge crowds and traffic made it less than fun. My current hope for Spring has been interrupted by a forecast for 6 inches of snow on Sunday!

The show may not have been up to par, but it looks fantastic to me. A day spent with friends, doing what you all share and love to do, is a big win!

Glad you had a good time with friends even though the show was so - so. I haven't been to the Boston one in years. It's this weekend though...

While I imagine you are hard to please when it comes to a flower show I believe you that it wasn't as grand as usual. Still, as you said, being among the blooms and scents would be heavenly! I haven't been to the Boston flower show in ages but I used to always go with my mom and I loved that it was a harbinger of spring.

All that color is a sight for winter eyes! We have stuff leafing, growing, and have weather forecasts of temps falling into the teen's. For days... sadly, I can't cover everything and it seems like Old Man Winter is not ready to give up quite yet!

I love all the colors and textures, but I love your garden more. Glad you enjoyed the day with friends and hope next year's show will be back up to snuff. I felt a similar letdown a few years back about Stitches South ... and the next year they moved the show to Nashville. Good thing you can count on Chicago again next March...even if it disappoints, it's still there!

Lilacs! I smiled as soon as I saw that photo. Gotta plant a lilac this year...