Stepping Away from the Edge
Home Archives Profile Subscribe
Friday Mailbag
Startlements from India: About the Beer

The Nitty-Gritty of It

When Brian was in high school, he found Tom's old Pentax K2000 35mm film camera in the far depths of a closet one day . . . and fell in love with film photography.

His interest was further bolstered when my Dad shared his camera/photography knowledge -- and his equipment -- with him.  (My Dad had dabbled in film photography for as long as I could remember -- although he became tired of the fussiness of it all when he discovered the ease of digital photography.) 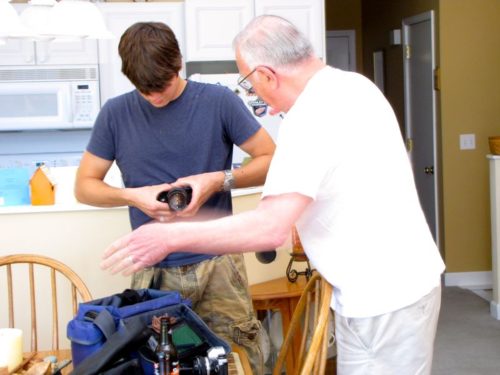 There's nothing like the spark of inspiration from a Grandfather!  (These photos are from the summer of 2009 - just before Brian began his senior year in high school.)

Brian had a great time with his newly discovered hobby through his senior year in high school, and proved to be a talented photographer with a good eye and a natural sense of composition.  Photography with a 35mm film camera is challenging -- and can be quite frustrating.  There is no immediate feedback with a film camera like there is with a digital.  Nope . . . you need to wait for the film to be developed!  But Brian hung in there - and created some wonderful photographs. 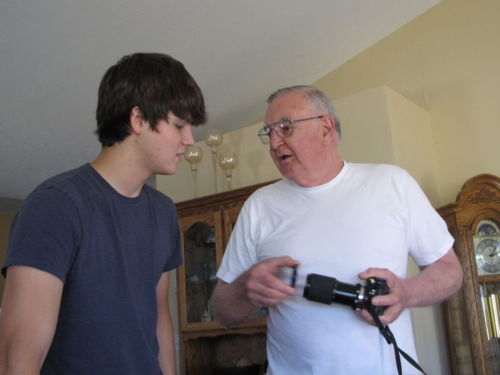 He left his camera equipment at home when he went away to college, though.  Not enough room for everything in the dorm.  Too many new distractions and more urgent things to do.  (Besides, no money for film and development costs . . .)

Now that Brian has a job, the space, and a willing accomplice (in his girlfriend, Lauren), he has picked up his cameras again.  He has even taken his photography one step further -- by creating a darkroom in his apartment!  I got a full tour and demonstration over the weekend. 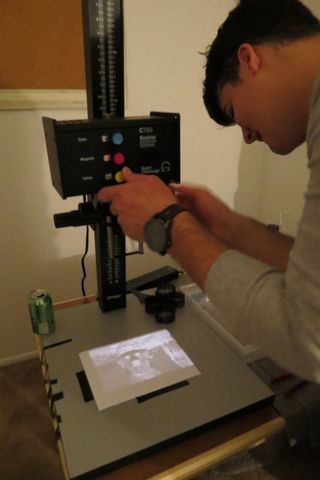 (I love this negative of JoJo!  She looks more like Jenny  in the negative . . . but with her own JoJo face shape!  So funny!) 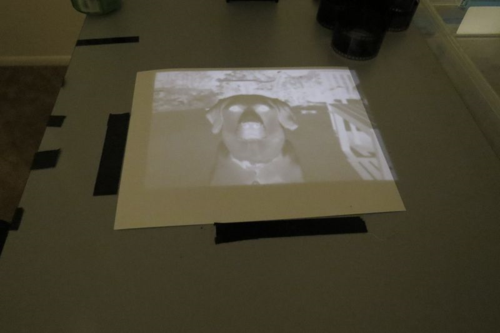 I'm so glad Brian has renewed his love of photography -- and I'm thrilled he's taken on the nitty-gritty ALL of it with his own darkroom.  I can't see what he creates!

I got to meet Chandler (Brian and Lauren's kitty) this weekend, too.  What a delightful kitty -- full of personality and energy, with the most lovely golden eyes! 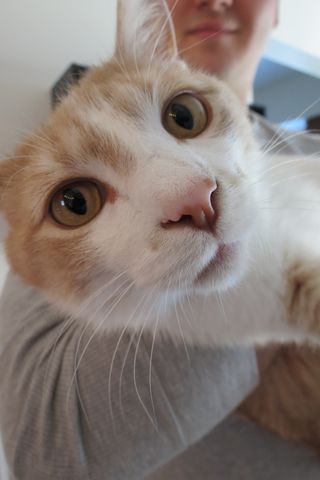 Having a dark room is a real commitment - good for Brian!

I am so jealous. Film photography was one of my favorite things in college. You'll have to show us some of his work!

Dark room work can be so interesting and it's where the real photograph becomes art. Brian's going to have a blast! I hope he'll share some of what he creates with us. Cute kitty!!

That's wonderful! I still have film in my old Pentax K1000 and I plan to play with it soon. Not developing it, though.

It takes a good eye to take a good photo, and it takes skill in the darkroom to create art. I hope Brian will let you share some of his art; it looks like there is a lot of popular demand here!

Oh how fun! I hope he'll allow you to share sometime!

Katie and some of her friends are loving film photography lately, too, and at least one of them has a darkroom at home. They have fun sharing equipment and cameras... Kate's currently been playing around with a Hasselblad.

seeing our kids find and follow their passions is one of the best rewards of motherhood (until grandchildren, anyway ;-) I'd love to see more of Brian's work. hopefully soon!