Startlements from India: About the Beer

Another "startlement" from Tom, as he spends a few more days in Mumbai. . . 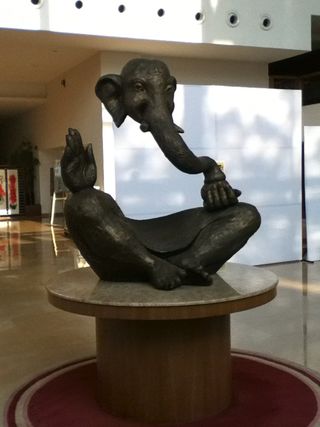 On Sunday, I went to the mall to buy a nail clipper (which I didn't bring because I'd assumed they were still not allowed).  I found the item at a small store in the mall, busy with weekend throngs hanging out.  I suddenly heard a voice which didn't fit, asking the shopkeeper, "Where can I find a pub?"

I turned to see someone who looked like John Goodman as he looked in The Big Lebowski:  heavy build, shorts, bandana wrapped around his forehead, dark glasses, sweaty shirt.  He'd clearly been walking around in the hot and had come looking for refreshment.

I jumped in, "I'm not sure there is a pub in this mall.  It's not like the US.  There is a social stigma associated with drinking here."

He looked stunned.  "With beer?" he asked.

"Yes."  I told him.  "There is a bar in the hotel down the street."  I gave him directions, but warned, "it's not always open.  It opens for just a few hours every day." 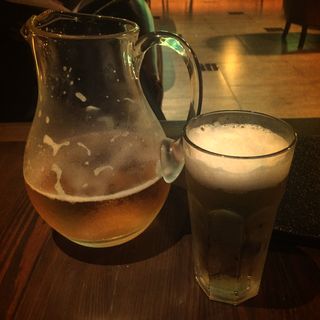 He said he was a merchant marine and had come ashore to look around.  He told me he'd just been to Bahrain on his journey, and there was plenty of beer and prostitutes and everything there.  He thought he'd find the same in Mumbai. . .

I wished him luck and we parted.  Not sure if he ever found a beer, though!

Posted at 08:41 AM in Guest Blogger, Startlements, Travel | Permalink | Comments (7)

I am now putting India on the list of places I have no desire to visit. ;-)

John has the same complaints about India, with the added unpleasantness of hallucinations from anti-malarial meds. Luckily, he's got many European trips planned, where there is good beer in abundance!

I hope that dude got a beer!

The things we learn!! It was nice of Tom to give the guy a cultural heads up and point him in (hopefully) the right direction!

I'm quite enchanted with the sculpture! At least Tom was there to give the poor man a heads up.

Why would anyone need to travel the world for prostitutes and beer? Tom's comments about India are so fascinating, it makes me wish I could send my husband there lol!