Stepping Away from the Edge
Home Archives Profile Subscribe
True Confessions
Report from the Purge Trenches: The Books*

"Listen, are you breathing just a little, and calling it a life?"
--- Mary Oliver 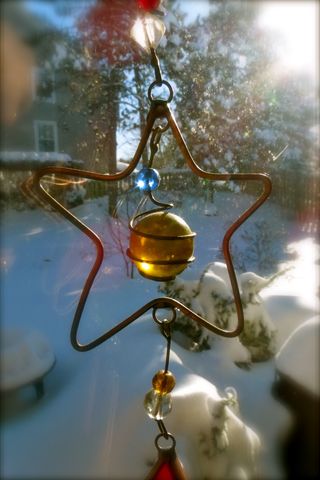 Today, February 4, marks a Very Important Day that I celebrate each year:  the anniversary of my final chemo treatment.

This year . . . (for the first time) . . . this day kind of snuck up on me.  (Because, you see, I'm not Thinking About It all the time anymore.) (Like I did for the first four years.)  Although I knew my anniversary was coming up, I wasn't really thinking that I needed to mark it in any special way.

When I was going through chemo, I formed a "posse" -- with two other kindred chemo spirits.  Ted and Joel, people I already knew, were diagnosed with similar kinds of cancer right at the same time I was diagnosed. Together with our spouses, we socialized while we were in treatment.  Later, when our remissions set in and we were all back to Living Our Lives, the "posse" didn't ride together anymore.  But that bond was still there.  Y'know?

I only saw Ted once during this past year, but I do know that Ted filled his last year with living.  He did all the things he loved best.  He didn't waste any time.  He didn't just "breathe a little" -- he took big gulps of air.

So, against that backdrop, I'm celebrating my sixth anniversary.  I'll admit, Ted's dying has me a little freaked out.  It brings it all a little too close.  But it also adds perspective.  Now, it just seems a little more important to me that I mark this day . . . by thinking about how I might be able to take bigger breaths.

And then, I'm going to celebrate with Tom at dinner tonight by making a toast . . .

To taking big gulps of air.
And calling it a life!

Well. First of all: this is a happy day! A day to remember how precious each and every breath can be. I don't think I have to tell you how glad I am that you are here and breathing and sharing your thoughts. Second of all: Ted's death has me freaked out a little, too. Stopped me right in my tracks, if you want to know.

This post is so very important to all of us! I have a good friend who is in remission from a second bout of ovarian cancer. It has been 18mos. since she completed her last round of chemo. She teaches us all how to breathe deeply, live fully, and embrace joy every day. I'm very sorry about your friend, Ted. Thank you so much for this post!

I will make sure to take a couple of deep breaths today too! (On a day that started out crappy this is a big boost thank-you!) Enjoy YOUR day my friend and I shall toast you this evening!

We all should take big gulps of air...none of us know which will be the final day. It's so easy to be involved with the day to day that we forget to look at the bigger picture. Thanks for the reminder.
So happy for your 6 year anniversary.

To my mind, you have always been the person who lives life in big gulps. You may now find new ways of continuing that legacy and enjoying life, but as long as I've known you have lived that way.
Thank you for your inspiration!

This post made me laugh and cry. The cry is for the loss of your friend and the knowledge that cancer is an ongoing journey. The laugh is about a student who, knowing I was very upset, put his arms around me and said, "Breathe, Mrs. Morgan, breathe!"

I'm so sorry for the loss of your friend.

I often find that I have to remind myself each day to breathe. Not the shallow little breaths that I normally take, but deep cleansing breaths that rejuvenate and cleanse. Happy anniversary!

I am so happy for you and so sad for you, all at once. A big gulp of air will cause a coughing fit right about now, but I'll join in virtually.

My glass of wine tonight is raised to you, your life, breathing, exhaling, and Ted. xo

I am so grateful that your journey had given you health over these last 6 years and in those last 6 years I have come to know you as a friend. It makes my heart sad though for you to have lost a friend last week.

Your post is an important one for us all...to breathe and let go.

Many hugs to you!!

What a journey it's been. what a journey you still have in front of you. Thank you for this post and its reminders. xo.

I have been quietly following your blog for a while now. I read lots of knitting blogs and somehow stumbled on yours some time ago. At first I read it for the knitting, then learned over time about your journey with cancer. That took on a whole new meaning for me when I was diagnosed with cancer last June. I had my last chemo on Dec. 23, so I guess I'll have a certain date stuck in my mind, along with the anniversary of my diagnosis date. Like you, I've learned that you have to live the life you have today and to make the most of it. I love the idea of living life by taking big, deep, gulping breaths. I'm trying to live in each moment, rather than anxiously awaiting the next moment to occur. If there is anything good one can take from the cancer journey, that's it. Thanks for sharing so much of yourself on your blog. It really does mean a lot to us out here!