Stepping Away from the Edge
Home Archives Profile Subscribe
A Little Fun . . . on Friday
Keeping It On the Level

Let's set the mood with a little Talking Heads . . .

Once upon a time, there was a Knitter who liked to sit on the dock at the lake and just knit a simple something.  One day, she packed her trusty tote bag with books and magazines, a couple of beverages, her camera, and - of course - a simple knitting project.  Then, she headed off.  To camp out for the afternoon at the end of the dock. 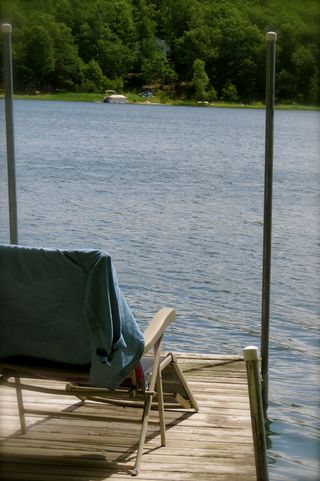 The Knitter was eager to spend the long afternoon knitting on an endless project.  And, if she was diligent about the dock-knitting, the project would likely be finished by the end of the week when she returned home!

But, in the flurry of settling and setting up, the trusty tote bag tipped over onto its side.  For just a fleeting second.

No worries, said the Knitter. Uh-oh.  Where was the knitting?

No sign of the mesh bag containing yarn and project!

Until several hours later.  When it eventually washed up in the reeds on the shore of the lake! 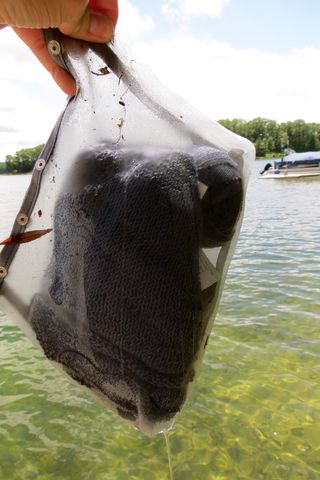 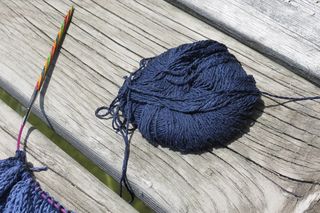 The Knitter discovered that it takes days and days for soaked skeins of Hempathy to dry in the damp summer air. 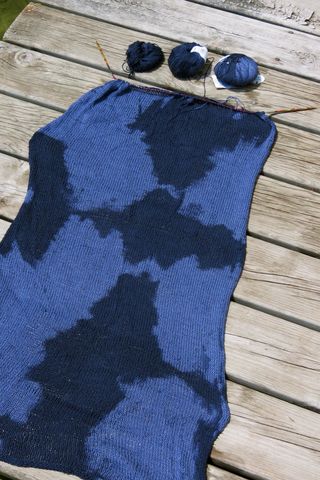 Even in the sunshine of the dock . . . or hanging over the railing of the pontoon boat. 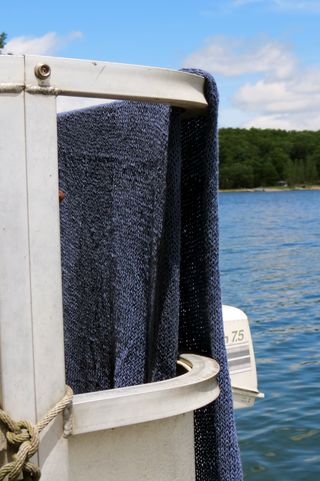 But, eventually, everything dried out.

And the project was completed.  The End. 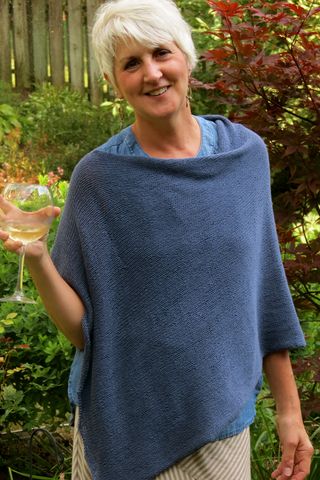 Your project was fully baptized into the life of Kym! Hallelujah and glory be, you saved your poncho! Beautiful!

That's a different way to block your knitting!

Ugh! But it's beautiful! (Kinda like Doug's phone found in the middle of the highway in the White Mountains last week - heh, heh.)

Good thing it washed up nearby! It is beautiful & I love the color!

Oh dear! At least it had a happy ending!

It looks great...even if it did take a premature soak!! :D

This post really made me smile today, and I really needed that! You look beautiful and the wrap is lovely too.

The blog reader is speechless!

....and this blog reader is smiling. what a baptism...and what a lovely finished poncho!