Stepping Away from the Edge
Home Archives Profile Subscribe
Last Winter . . . I Dreamed of Weekends Like This One
Words in the Wild . . . Seeking

When I was a very young adolescent, I had a pretty decent collection of record albums that I listened to all the time.  Among them was this one -- Simon and Garfunkel's Greatest Hits.  The album is a mix of studio recordings and live recordings, and on one of the live recordings, a phone rings in the background.*

As a 14-year-old, that phone ringing thrilled me.

Because it was real!

That phone ringing . . . while they were playing and recording . . . was unplanned, unexpected, and in-the-moment.  And I loved it!

If you've been following my blog for a while, you know that music is always playing in my head!  What you might not know is that live performance - especially in an intimate setting - is my favorite way to enjoy music.  When it's live . . . you just never know what you're going to get.  And I love that!

The conductor hitting the podium with his baton in a moment of enthusiasm.

The telling of stories.

The lead singer removing a jacket because it's getting hot.

Things that happen only when you're . . . seeing it LIVE! 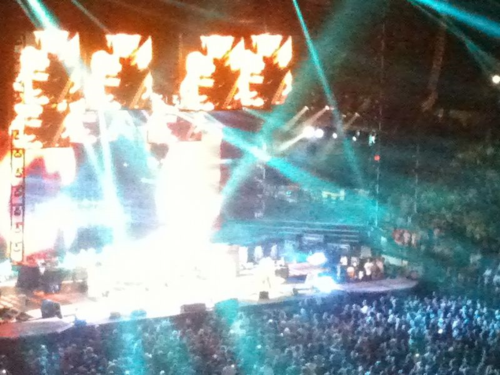 I try to get out and see live music as often as possible!

I don't particularly care for "stadium concerts" (although I've been to many) because it's so dang crowded and the hassle-factor is great.  I much prefer smaller, local venues for concerts.  I even work for a live music organization -- where I get to see great concerts regularly, and even get to meet the artists! 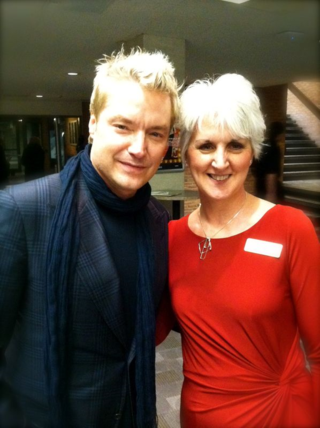 So.  This week's topic is particularly fun for me!  Here are  Ten Bands/Individuals I've Seen in Concert:

(And there are so many others over the years -- Lynyrd Skynyrd, Heart, Atlanta Rhythm Section, Charlie Daniels Band, Waylon Jennings, Yo-Yo Ma, Lang Lang, Midori, Emmanuel Ax, Brad Mehldau.  And my favorite local band, The Red Sea Pedestrians.  And - of course - Brian's band, The Fever Haze!)

How about YOU?  What bands/individuals have you seen in concert?

*  I purchased the album recently as an iTunes download - for the nostalgia mostly.  Turns out the ringing phone has been "re-mastered" out of the digital version.  Rats.

Join the fun!  Read other Ten on Tuesday posts here, or sign up for weekly prompts here.

I'm totally jealous about Fleetwood Mac! And I didn't put Dale's band on my list but they are my favorite of all time.

We've seen many of the same shows! I saw Johnny Lang, Fleetwood Mac, The Who, Tom Petty, & Paul Simon. All great shows. Having kids keeps you young! It's very cool you support and enjoy the same music he does! Although you probably taught him everything he knows!

I just finished a book about the Fleetwood Mac Rumours tour. Crazy times! I didn't put Bowie on my list but that was quite the show. I hope I'm seeing Brian's band "live" someday!

I would love to have seen Fleetwood Mac back in the day. You have seen quite a few concerts!

Your eccletic list is great and I am all in with you on liking intimate venuesand not liking stadium concerts! The Nitty Gritty Dirt Band is the most famous group I've ever seen in a very intimate venue. The best stadium concert ever--Bruce Springsteen USA tour! Fun topic!

What a wide-ranging list! I love Yo-Yo Ma, especially The Goat Rodeo Sessions. I will be listening to some new music thanks to your list!

Jonny Lang is from ND. I've never heard him play though. :( I believe he started out doing jazz....

love all these eclectic lists...especially yours with the classical and the contemporary. I have seen Itzhak Perlman (sp?) perform with our symphony...I'd love to see Yo Yo Ma, too!

You met Chris Botti? Can I touch you? Live bands. Outside. With knitting. The best tranquilizer in the world.