Stepping Away from the Edge
Home Archives Profile Subscribe
Embrace the Season
Ravelry to the Rescue!

Running in that 5K last weekend . . . presented me with PLENTY of surprises.

Pretty surprised that I'm running at all.  (I hate running.  Always have.  Tom, who is a life-long, serious kind of runner, has tried to get me running a few times in our lives.  It's never really worked.  He had nothing to do with it this time around, although he's been very supportive.)

I truly have a love-hate relationship with running:  It just plain sucks while you're doing it.  But you feel so awesome when you're done! 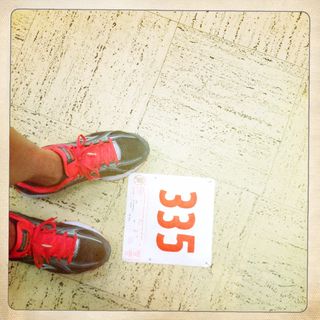 Really surprised that I can run 5K without stopping.  (Granted, I'm in pretty good shape to start with -- from aerobic dance and kickboxing and spinning and such.  But running?  Not so much.)  The Couch-to-5K program really works!  If you're interested in trying to get running, I highly recommend it.

Totally surprised that I felt confident enough to register for a 5K.  (It helped that it was called the "Salmon Run" AND that it's run in the town nearest our cottage Up North.)  I didn't sign up until a couple of days before, though.  I just wasn't sure I'd be able to do it, and I knew once I signed up, I'd be committed. 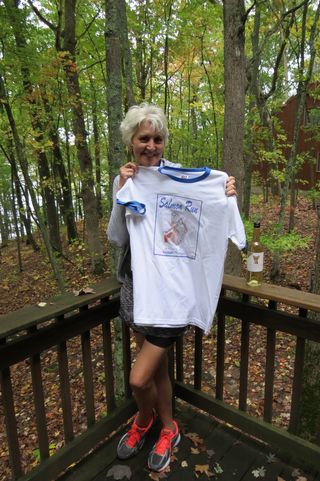 Not so surprised, actually, that the running of the 5K was really pretty awful.  (Especially because I made the ultimate rookie mistake:  I started too fast . . . and then paid the price for it on the hills later on.) 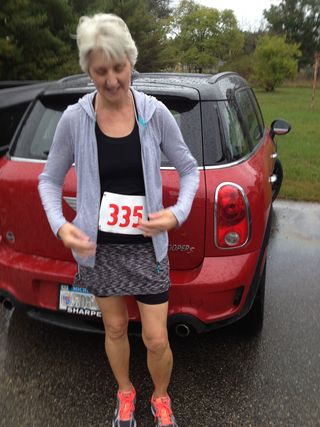 Not so surprised that Tom finished the 10K race just a few moments AFTER I finished the 5K.  (He's very fast.  Still.  After all these years.)

A little surprised that Tom WON the 10K event. (He even won a bottle of wine!  That was exciting!) 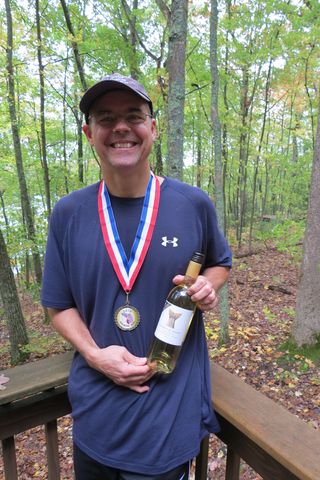 And absolutely, mind-blowingly surprised that I placed 2nd in my age group! 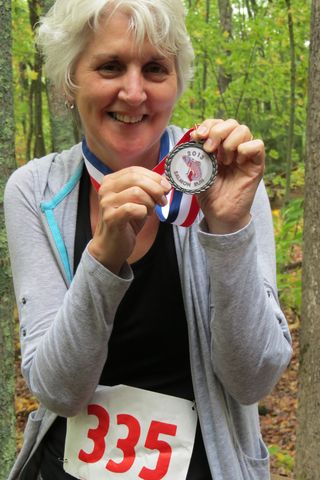 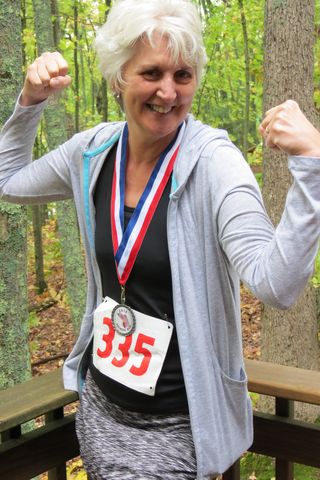 Life is FULL of surprises!

Posted at 06:35 AM in One Little Word: Surprise, Working on My Fitness | Permalink | Comments (9)

YOU are full of surprises. It's your year to shine, to be filled with delight and to surprise everyone around you, including YOURSELF! Way to go, grrlfriend!

You have inspired me to give running a try! Congrats on your success with the 5K.

Too freaking fun! Good for you guys - life is full of surprises!

Congrats to both of you -- you rock!

Pre-children, I used to jog in the mornings before work. Not run, jog. Longest I could ever go w/o stopping was 1 mile. You are fabulous!

You go, girl! Oh wait, you already went. You are truly amazing- you should be really proud of your accomplishment!

These are great surprises! So, will you do it again?

Yay for Tom and his 1st place and Yay for you and your 2nd place. WooHoo!

Yay! My one and only 5k was closer to 45 minutes bu my only goal at that point was Not Stopping. I am slowly getting back to it after years of nothing so now I am walking, and not very fast walking at that. Need more hours in my day!

I just love this! Congrats to you both!! I know a couple here who travel all around Wisconsin in the summer (and maybe beyond), picking and choosing 5- and 10-K races in whatever Podunk appeals to them, or for whatever cause. They.are.everywhere!