Stepping Away from the Edge
Home Archives Profile Subscribe
Play the Way You Feel It
A Surprise ... In More Ways Than One

First, there was Jelly. 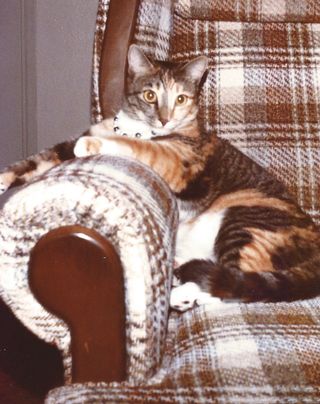 Tom and I adopted Jelly in Boise, Idaho in 1980.  She moved with us all over the country:  Idaho, Colorado, Texas, and, finally, Michigan.  Her full name was Bonanza Jellybean (after one of the characters in Tom Robbins' Even Cowgirls Get the Blues), but we called her Jelly for short.  She was wild and fun; a cat with Real Personality.  She died in 1990, when Erin was 9 months old. 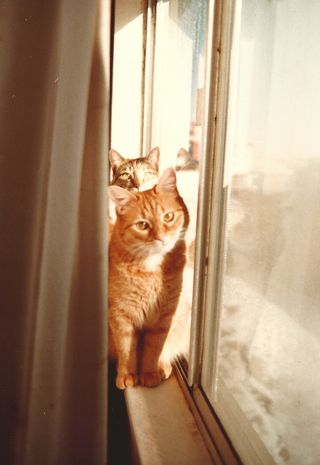 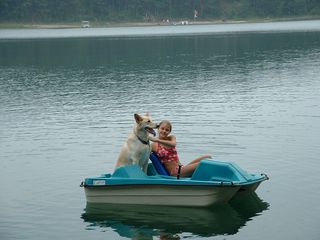 After Jake was gone, we decided to be without-a-pet for a while.  To mourn and to re-group.  But it didn't last long.  Within 6 weeks of Jake's passing, we adopted . . . 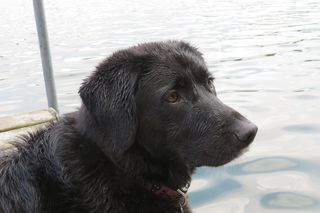 Jenny came to us from the shelter as an 8-week-old puppy in the summer of 2007, just after Erin's high school graduation.

It was at this point, when we were thinking of a name for our new pup, that we realized . . . all of our pets' names had begun with the letter J!

We decided it was a tradition we wanted to maintain.  With Jenny, the J was intentional! 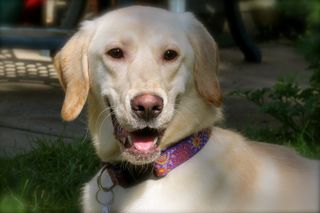 What a lot of great pets you have had! We didn't mean to give our pets the same first letter names but we did, too, in a way. When Dale and I got married he had a dog named Dusty and I had a cat named Maxwell. After Dusty died of old age and Max got hit by a car (horrible horrible time) we got a new dog and named her . . . Dixie. And then after a long period of mourning Max we got a new cat and named him . . . Mason. So we did the D thing and M thing again without even realizing we had done it until afterwards!

What lovely pets and I love the J names! Got me thinking about our pets' names. They are all over the board...no common theme at our house...

We used to have that identical pedal boat!

Once you have a pet it's hard to be without. I love hearing the story of the pets you've had and that you've had both cats and dogs. Our dog's names have always started with M, as we've been known for years as M&M. It's a tradition we intend to keep, although we may make the change change from dogs to a cat.

Sweet! At one point I had three dogs, all of whom had names that were alternates for street drugs, but that wasn't entirely my doing...

I love this. Doug is one of 7 "D's" and the dogs were all D's too. Our dog names have no rhyme or reason!

ha! I assumed all those J-names were planned... you have had wonderful pets, and I'm so happy there's a puppy in your life!