Stepping Away from the Edge
Home Archives Profile Subscribe
The Watchdog and An Encroacher
Ten on Tuesday Meets Throwback Thursday: Games People Play This year, we tried a new twist:  a Croquet Scramble!

We divided into teams (a rather complicated process; I'll spare you the details).  It was . . . 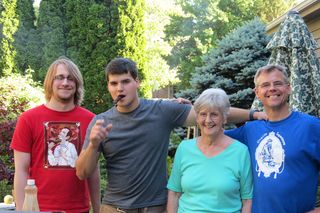 The Blue Balls (Yes.  I know.  Certain members of the other team could not resist.  And, yes.  They are rather tiresome.) 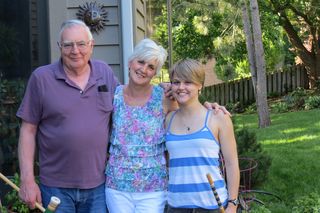 I know it looks unfair; rather unbalanced.  Four against three, and all.  But . . . we had a secret weapon! 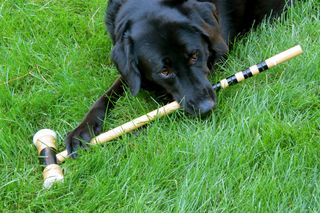 Yep.  Jenny was on our side! 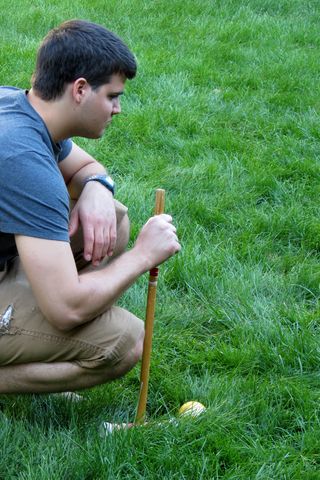 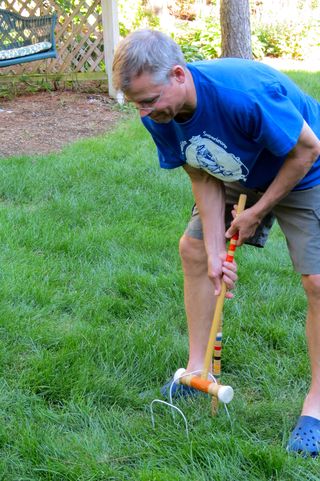 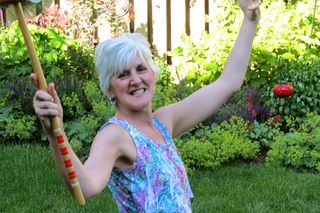 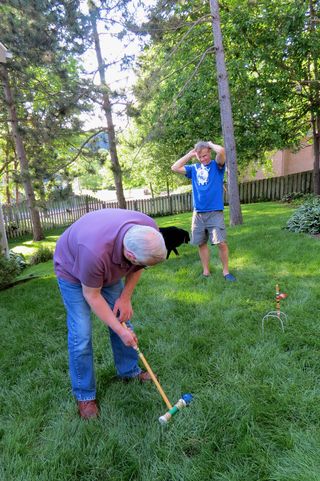 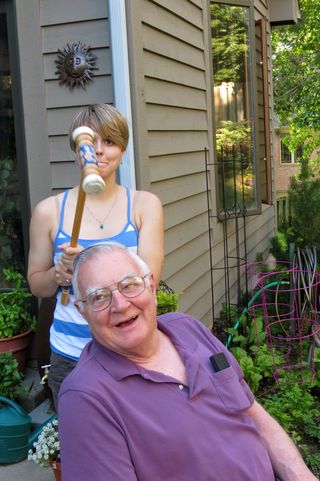 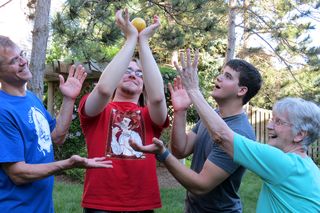 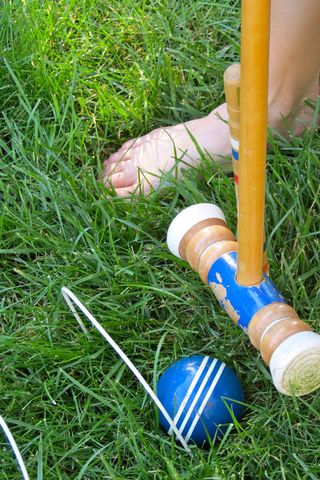 (And - added bonus - nothing caught fire this year!)

Haven't played croquet in years, but it sure is fun!

Sounds like another perfect tournament, even if your team did lose.

Brian needed the numbers just to beat you! He could at least have given you a handicap. Sounds like a great day with the added bonus, it sounds perfect!

Looks like you had a ball! /pun intended
Love the picture of you with the "Yes I did it. Take that." look on your face.

So much fun! Love the team names;-)

Your mom really should be too old for that kind of humor at this point. Don't you think? ;^)