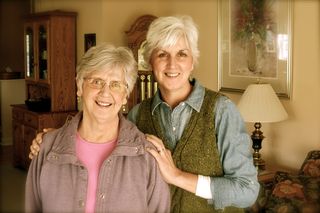 My Mom and Dad live in Holland, Michigan . . . a city on the shore of Lake Michigan . . . home to Hope College (where Brian goes to school) . . . and host of the annual Tulip Time Festival.

When my kids were little, I used to dress them up in their traditional Dutch costumes (just for the record:  we are NOT Dutch) and stick them in the tulips for annual photos.  (Tourists and bus tour folks used to line up behind me, snapping shots of my "authentic little Dutch kids."  Always cracked me up!) 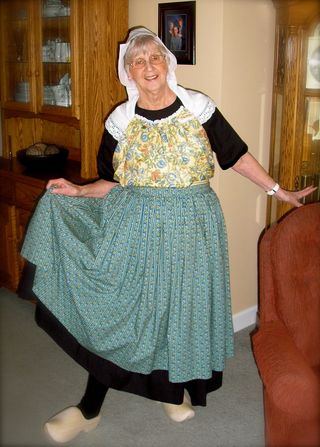 And now, each year during Tulip Time, you can find her . . . working with her pals . . . in the Tulip Time Information Booth in downtown Holland! 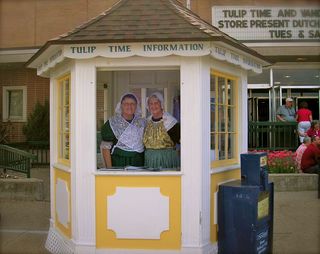 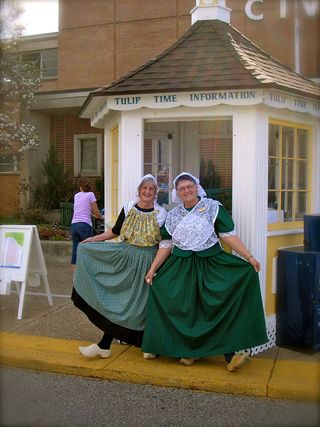 She'll be there -- tiptoeing through the tulips in her wooden shoes!

Stumbling Onto . . . A Little Surprise

Two weekends ago, I headed to the campus of Michigan State University for a day-long garden design conference sponsored by the MSU Horitculture Gardens.  The conference was wonderful - inspiring and informative.  During our lunch break, I took advantage of the first nice spring day we'd had this season, and took a walk in the gardens.

And stumbled onto this. . . 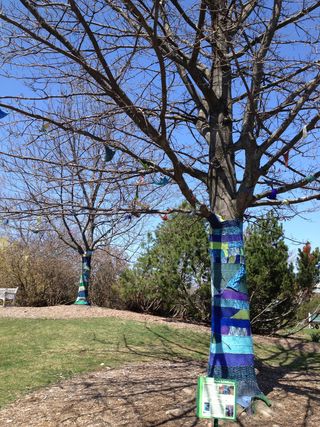 I discovered that the MSU Hort Gardens had been bombed . . .by knitting! 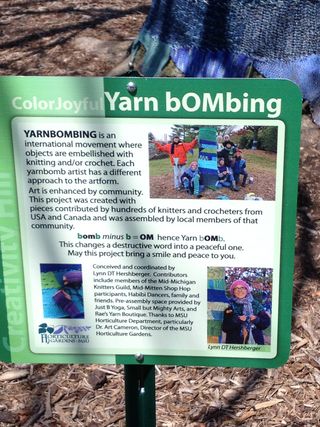 It was so delightful!

There were even little knit bees in the trees. 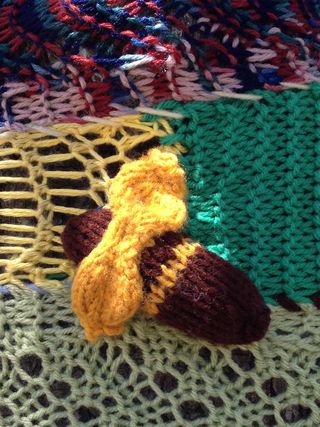 It was such fun to watch the reactions of other garden visitors when they stumbled onto the trees-sporting-knitting!  They were surprised.  And delighted.  And really, really curious! 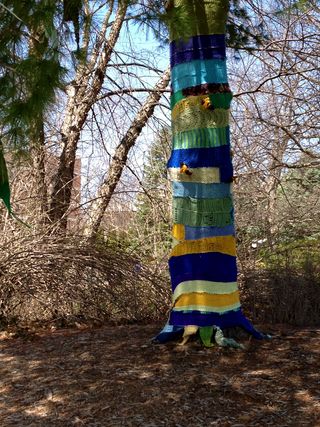 (Click here for a cool slide show of other yarn bombings in the world.)

Posted at 07:30 AM in Happiness, Knitting, Michigan, One Little Word: Surprise | Permalink | Comments (9)

Must Be the Clouds in my Eyes

I got a text message from my sister yesterday.

Not unusual.  We text each other nearly every day.

But this one. . . well this one brought me some news.  That one of my old high school buddies had died.  Pancreatic cancer.  (Damn disease.)

So, I've had a melancholy kind of day.  Clouds in my eyes, y'know?

In the 36 years since high school (can it really be that long?), I've only seen Jon once.  At a reunion 7 years ago.  But he will always have a special place in my heart. 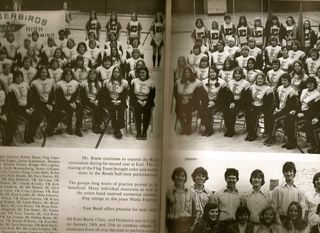 (Click for a bigger image.  It's such a challenge to scan an oversized yearbook.  Especially a double-spread photograph.)

The photo above is a portion of my high school marching band . . . in my sophomore year of high school.  (I am in the front row, the first person not cut off on the far left in the photo above.  Kind of blurry, but really - the best I could manage given my equipment.)

I hated marching band.  Hated.  Hated the marching.  Hated the uniforms.  Hated the practice.  Hated giving up my Friday night socializing performing at football games.  Hated the spats (not pictured above).  But, mostly, I hated the hats (also missing from the group photo).  Fuzzy, blue things that brought to mind Fred and Barney's Royal Order of the Water Buffaloes lodge hats.  (Really.  Only thing missing was the horns.) 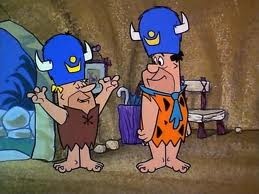 But marching band was made tolerable when my best pal, Kristi, and I made friends with Jon - a trumpet player - and his friends.  (He's in the photo above, too -- last row of guys, 4th from the center fold on the right.)  Initially, I had a little crush on him, but it wasn't mutual and it didn't last.  Our friendship was purely platonic.  We had a band-gang:  Jon, Scott, Ron, Gina, Kristi, and me.  They were all juniors; Kristi and I were sophomores.  Marching band became tolerable for me (the rest of them loved it for reasons I never understood!), but it was more than that.  We had fun together . . . just being silly, high school friends.

Today, all those memories have surfaced.

Clouds in my eyes.

I found this sign in a catalog the other day. 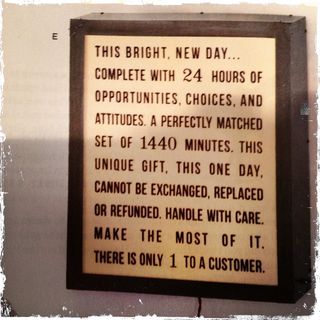 ---  Elizabeth Zimmermann in Knitting Without Tears 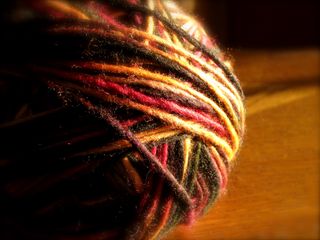 There are the obvious reasons: And there are the technical reasons:

4.  The magic of blocked lace

5.  The wonder of turning the heel

6.  The challenge of mastery 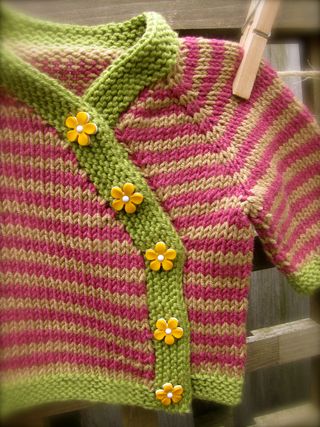 Then, there are the more artful reasons:

9.  Sharing with a community 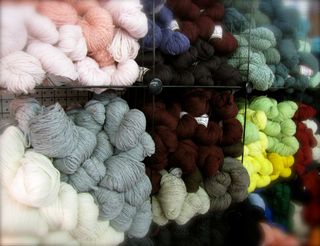 How about YOU?  Why do you knit?

SPRING has finally arrived here in my corner of the universe. 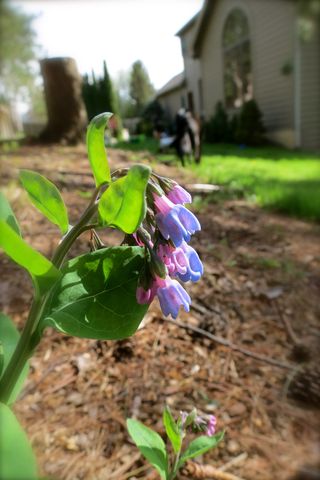 And that means . . . it's All Hands on Deck getting the garden back into shape! 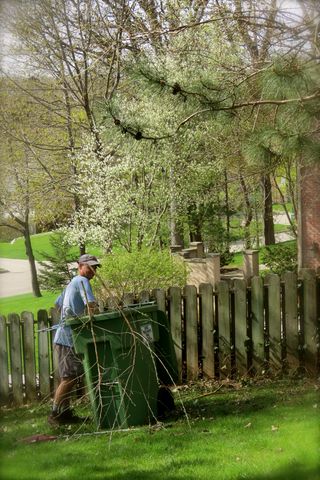 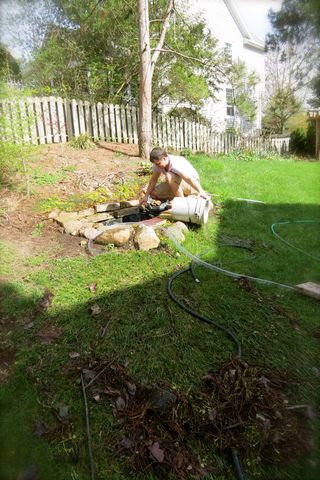 Brian (home for a week before starting his summer research position) took on the icky job of cleaning up my pond.  (More on why it was particularly icky this year another day.)  But, trust me, Really Icky. 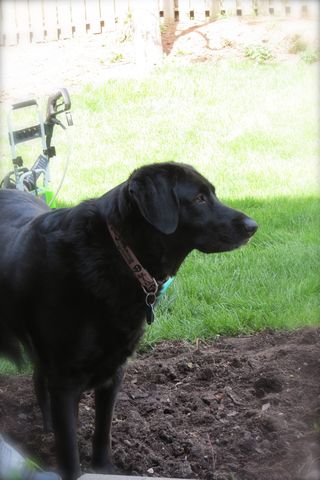 Jenny was everywhere, enjoying freshly-turned nightcrawlers and fresh soil.  She also ended up having a bath because she couldn't quite resist the lure of the Icky Pond Detritus -- rolling in it whenever we weren't watching. 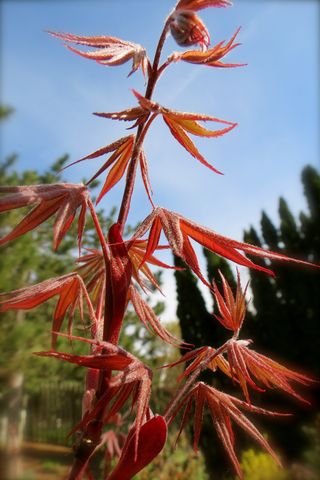 And me?  I just loved every minute!

You are the sky.
Everything else - it's just the weather. 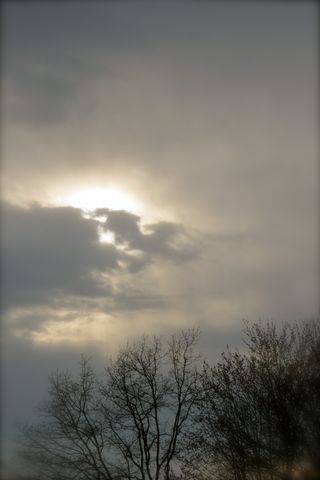 Last Friday night, my pal Sandie and I visited one of our local nurseries for a special event -- a Wine Tasting and New Plant Introductions event*. 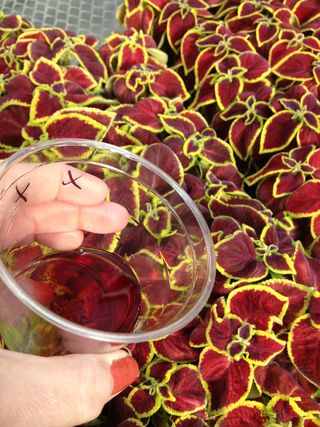 It's hard to go wrong with that combination!  (Tom joked that if the event also included yarn, I might never come home. . . )

It was a fun adventure, even though the wines were . . . meh. 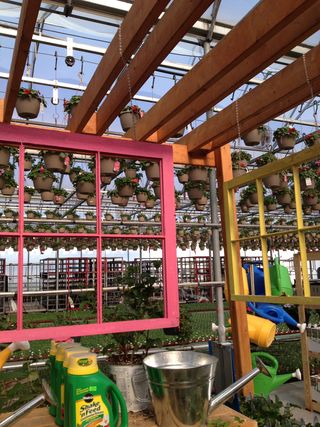 And there really weren't that many "new" plants.  (Most were "new" to this particular nursery, but not really "new" to obsessive plant-followers.  Like Sandie and I.)

But we had fun sipping and strolling. . . 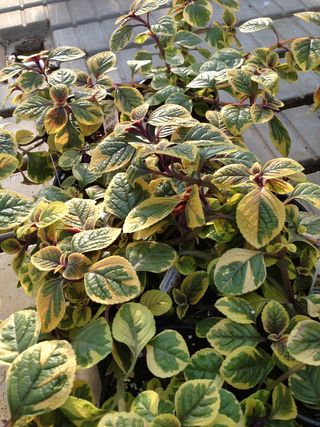 through the nursery selections.

We also found the most hideous collection of garden gnomes ever.  They had biker-gnomes (an entire collection) and Marliyn Monroe gnomes and this guy. . . 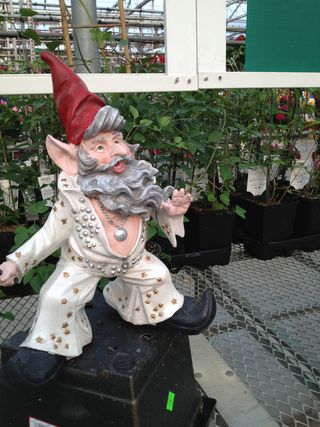 I mean.  Really?  Can you imagine this Elvis gnome in among your dahlias?  Nightmare-fodder!  (And $45 to boot!) 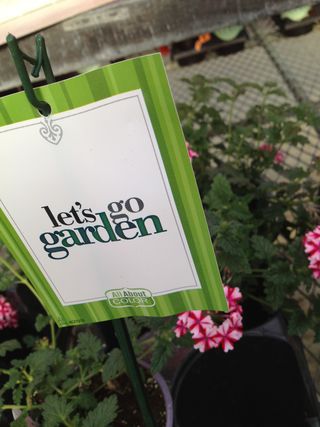 * This is the same nursery that sponsors the cart sale I blog about every summer!

(Today's post is brought to you by the letter "I" . . . for Irony.  Yes.  A post about a new WOOL sweater on the suddenly-warmest day of the year!)

You know how it is when you're hanging around with your knitting friends.

Someone starts a great new sweater. 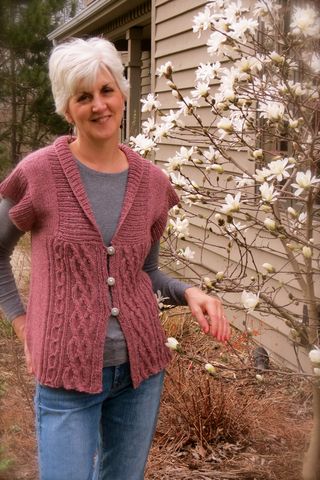 you're ALL* knitting it! 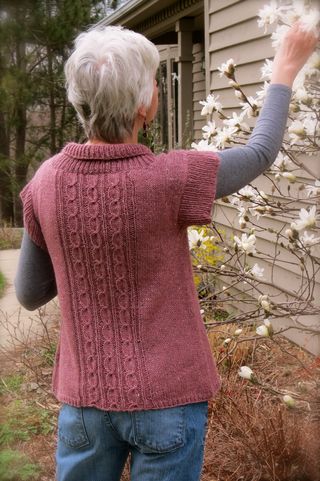 (*There will soon be at least 5 versions of this sweater hitting the streets of Kalamazoo!)