Stepping Away from the Edge
Home Archives Profile Subscribe
Fight Germs! Be Prepared!
Working on . . . my Fitness 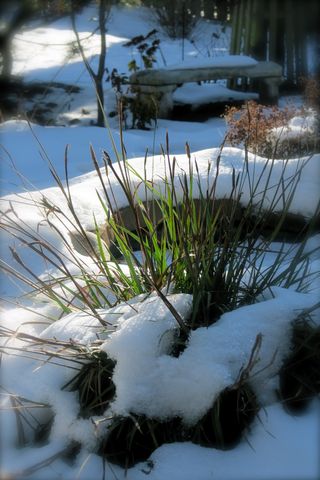 I'd be out of sorts it I was sick and my husband was in Switzerland, too. At least he has to work while he's there. This weather is definitely weird. I saw 3 bluebirds at my feeders yesterday. I have never seen bluebirds in our yard, for one, and I've never seen them in our area in January. So weird.

It is 0 here, we might hit 15 today. Surely this cold must be headed east and then you'll wish the "January Thaw" would return. Downton, so lame and, yes so predictable. At SnB we were all saying the same thing about Bates. My prescription for to get you back in sorts, maybe just a little, would be to kick back with a nice cafe latte and take yourself on a virtual trip to Switzerland.

Ugh...freaking cold and not cold. I'm with you, this weather is for the birds. (As I see above!) Bring on the cold,kill the germs and improve the t.v. Feel better soon!

Hope pretending it's Switzerland gets you out of the funk. Of course I'm sure being able to wear Mascara again would help, too. Marc's headed to Asia and I'm glad I'm not...cold rain and all! (feel better soon, my friend!)

I want snow and cold here...in chicago. Like it is supposed to be.

You give good grumpy. You should do it more. Wait. That would mean you would have to be under the weather more.

Temps here dropped to the basement a couple days ago. So long January thaw, hello January.

Am I the only one who likes you when you are grumpy? Oh no, I see kmkat likes it too! :)

My darling is down with pneumonia since around Christmas day.... We are quite grumpy around here too but not in a lovely way like you.

I hope you will feel better soon.

Sorry to hear the you have been unwell. And, man, I'd rather be in Switzerland, too. All our snow has melted and I saw some guys wearing shorts on the weekend. The temps were in the mid teens (C) and everybody lost their minds. Cooler temps are back, so hopefully, we will get on with the business of winter... And I so agree about the Bates thing. Move it along already!

I hope he brings you something fabulous and chocolate. I'm sorry you're feeling icky, sweetie. The plague really should pass over faster.

Aww...home alone and sick besides. Shoot. Hope Tom gets home soon and you get all better with a quickness!

Hope you are feeling better! I'm getting over a cold, and I unfortunately gave it to Michael. I hate the loss of energy that illness brings.