Every long trip has one.  You know.  The day that you're tired and cranky and just . . . out of sorts?

For both my sister and I, the Low Spot this trip . . . was Visby.  A charming little vacation town on the Swedish island of Gotland.

We landed at Visby following an entire day (and night. . . and part of the next day) at sea.  Somehow, both of us had neglected to notice that our itinerary included one very long stretch at sea. 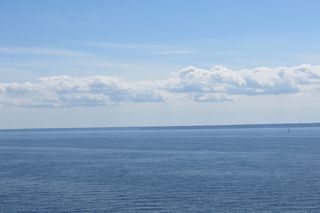 Lovely as this scene may be, it gets a bit monotonous after a time.  ONE sister was particularly whiney and feeling restless because, at that point, she'd been away from home for two weeks and was getting rather sick of traveling.   The OTHER sister was particularly whiney and feeling restless because she had not packed enough books (and was forced to read a 2-star book. . . because that was all she had left), and hadn't brought ANY knitting at all. BOTH sisters were feeling the effects of the Indian buffet from the night before.  It seemed the day at sea would never end.

Finally, we landed in Visby! 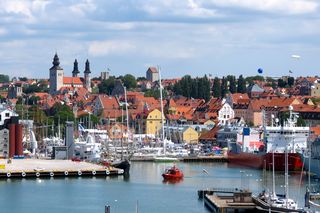 Our spirits improved -- with a new city to explore!  (And another charming one, at that!)  So we ditched our tour and headed into town on our own (although still wishing we had avoided that Indian food). 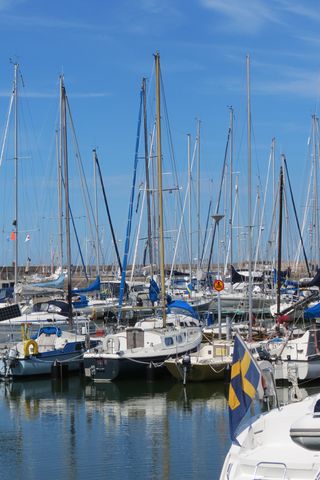 What we didn't know . . . is that Visby is one of "the" Scandinavian vacation locations -- and it was peak vacation time.  (A translation in any language:  Crowded.)  Not only that . . . but it was Almedalsveckan 2012 (Almedalen Week -- celebrated each year during the first week of July with speeches, seminars, and political events all around the city; basically -- a political festival!).  And we walked right in to the middle of it all!  Crowds; unbelievable crowds!  Gatherings and speeches and news crews and lines.  Everywhere.

We worked our way through the Almedalsveckan crowds. . . and headed up into the charming, more quiet parts of town. 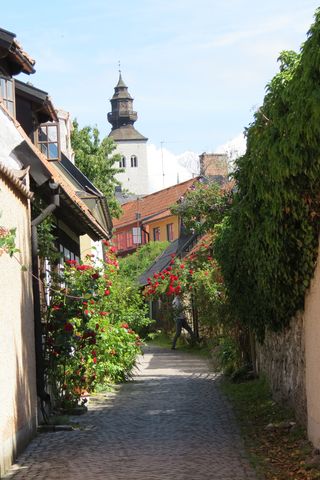 Along the way, we stumbled into a botanic garden. . . 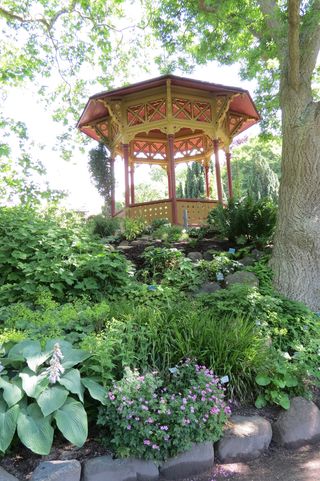 to calm and settle. 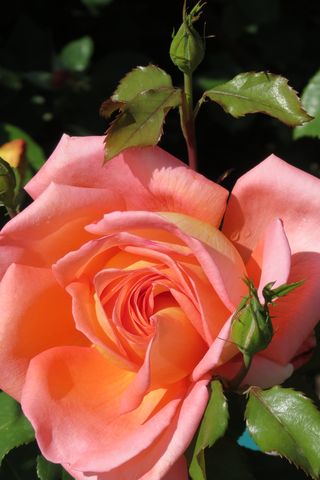 We walked around outside the Ringmuren (Ring Wall) that still encircles the city. 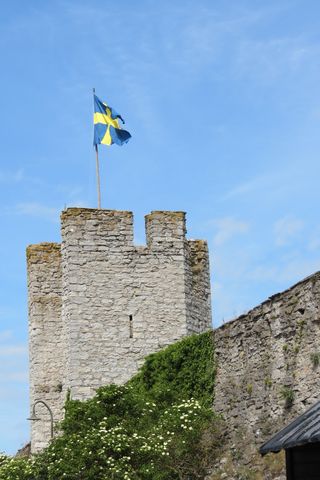 We visited some ruins of medieval churches . . . 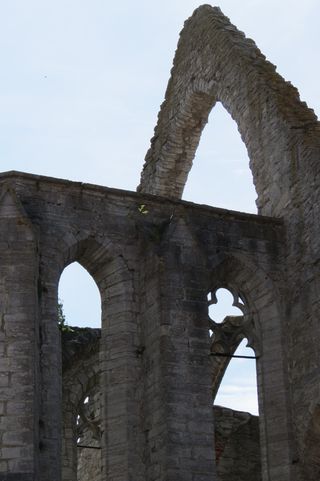 but most local buildings were in use -- for speeches and seminars. 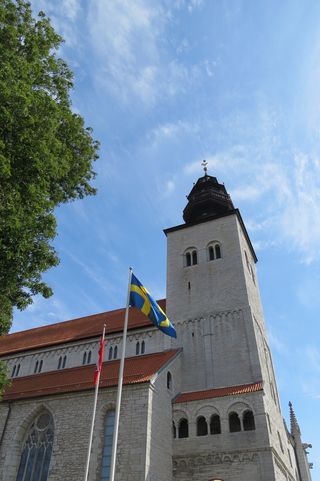 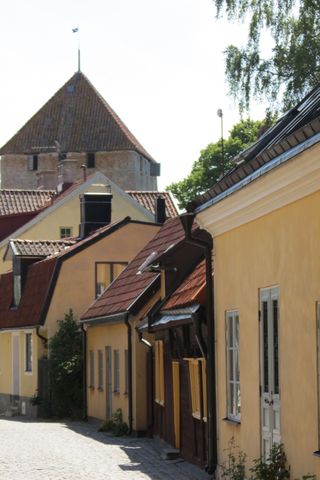 But definitely our Low Spot.  I took fewer photos in Visby than anywhere else.  It is the only place we visited that we did not do any shopping . . . or stop for a coffee or glass of wine or a beer. 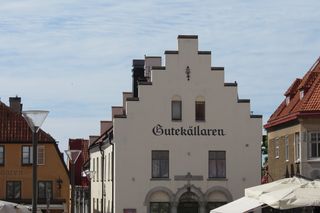 You know what that means?  I think . . . I'll have to go back someday, and experience Visby without a Festival (and, next time I'll avoid Indian food the night before!).

Don't forget . . . leave a comment for a chance to win a prize!  Details here.

You found the one place in the low spot that would calm your soul. The few pictures are beautiful, despite the low point.

Maybe a glass of wine or beer would have improved the day. I find it always improves my day, anyway!

If that was your low spot, I'd say it was a pretty successful journey.

It must have been a relief to have found the gardens and gotten away from the crowds. The rose is beautiful!
Too bad you had a low spot but at least you were in sync with each other and had it on the same day!

Thank goodness the low spot was also lovely in places. I hate to think what would have happened is there had been another day at sea. o.O

ditto Carole's comment! ...and also kudos for admitting there ARE low spots, even in "dream" vacations. I smiled when I saw the church windows (assuming that's what we call openings in a stone wall, even without glass) because the sanctuary in my church has those same shaped silhouettes on the walls above the chancel... that view would've reminded me of home....

A very pretty low spot at least. Too bad about the Indian buffet.