Last week, we spent several days up north at our cottage.  A couple of those days were "work days" (painting inside, staining the exterior, "lumberjack-ing," organizing, sorting through, and more organizing -- I'll fill you in some other day).  But.  We were also able to spend some time relaxing on the lake and getting our fill of Up North time. 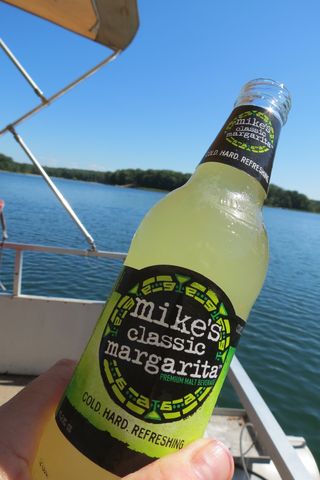 I found these to be surprisingly tasty out on the lake!

Jenny loves being Up North with us -- whatever we're doing. 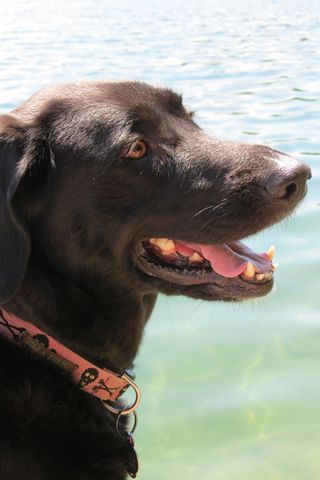 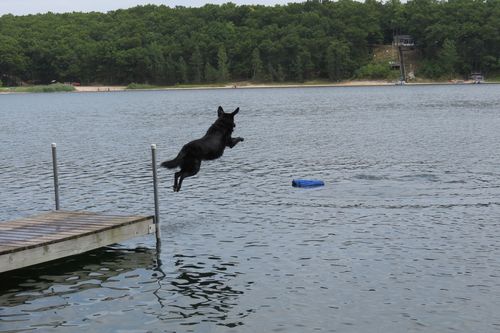 In the past, we have tried taking Jenny out in the canoe or kayaks, but it just hasn't worked.  She likes the water too much to sit still.  She rocks the boat. . . with her moving about.  She tries to take drinks from the lake . . . while IN the kayak.  She jumps out mid-ride.  She has not been a reliable passenger --- but, of course, she also doesn't like to be left behind.

Last weekend, Brian wanted to take the kayak out.  Jenny jumped right in. And wouldn't get out! She behaved better than ever, and Brian was actually able to take her out for a little spin. 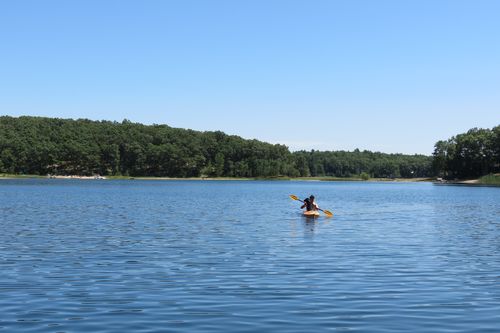 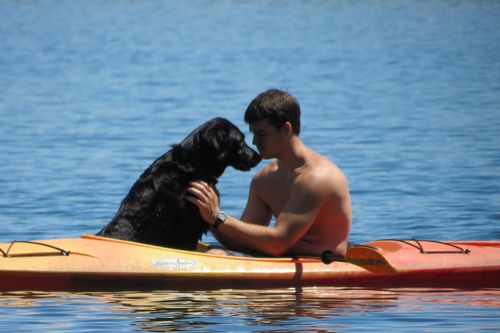 that we'll never be able to get in the kayak without Jenny again!

Looks like a wonderful time, especially for Jenny! We have friends with a Burmese Mountain Dog and she's terrified of the water but loves to go for a ride in the kayak. Go figure.

How lovely, especially the last photo. Sam's dog Cuddles the Rottweiler loved the water too. When we took him to the river he was so tired by the end of his swim we had to lift him into the truck and when we moved to a house with a pool I had to jump in the first evening we brought him there (it was late October and my 2 Arizonans claimed it is too "cold" for the pool) as Cuddles went crazy running around the pool but seemed not to understand he can go in until he saw a human in the water, he was so happy when he got in!

Love it! That's my goal for my next dog, Rocket...no way just too skiddish. TGIF my friend!

What a great picture of her sitting in the kayak...! I am reminded of a dog my daughter had (was given to her for her 17th birthday and lived for 15 years)...he used to jump in the water from the dock when the kids would swing by the dock to drop a ski...he would retrieve the ski and bring it in to shore! Good dog!!! Aren't they wonderful members of the family?

Jenny is such a wonderful companion. The way she jumps with abandon into the water would be so much fun to watch. The last photo is priceless.

Jenny just got old enough to finally sit still....just like kids in church! It takes awhile but they eventually understand. And yup, I'm thinking you will have a very hard time getting in a kayak without taking her along.