Stepping Away from the Edge
Home Archives Profile Subscribe
Up, Up, and Away
One More Thing To Do!

All In Good Fun

No Father's Day would be complete without our annual, traditional Family Croquet Extravaganza! 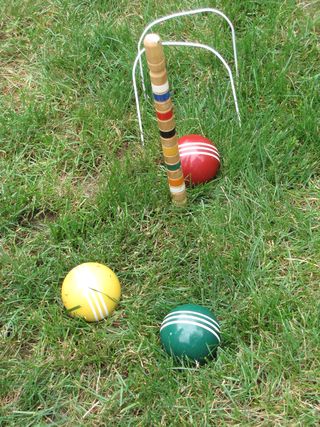 This year, for the first time in Croquet Extravaganza history, we had more players than mallets and balls!  This year, we had the boys. . . 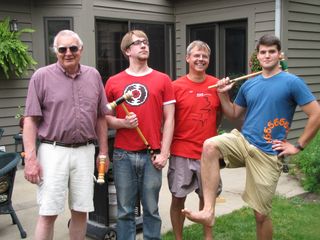 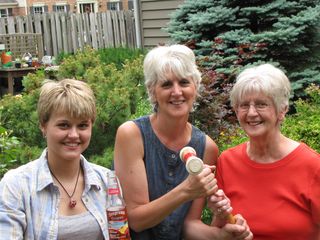 but we don't play teams in our back yard!  Oh, no!  It's cut-throat, everyone-out-for-themselves style croquet! 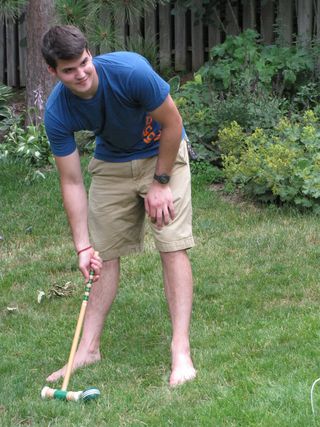 Out-for-Blood Erin (Hey!  Who put me in the trees?) 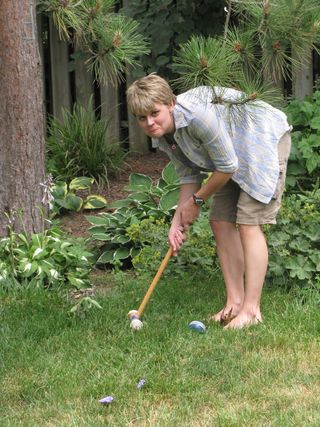 Killer-Keith (Who, as a newcomer to the Extravaganza, was somewhat baffled by our odd take on "rules.") 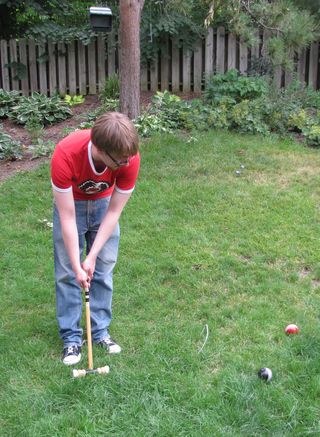 The Bionic Woman (who seemed to have extra power in her swing this year; must be the hardware in her ankle) 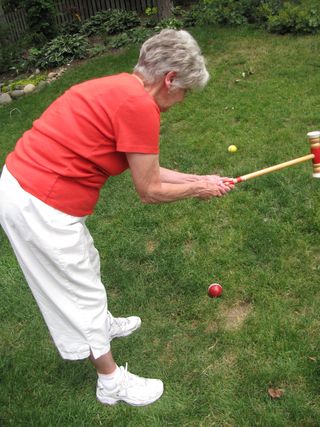 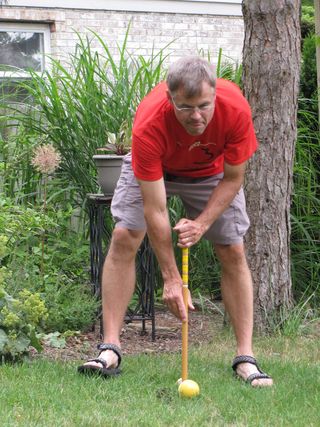 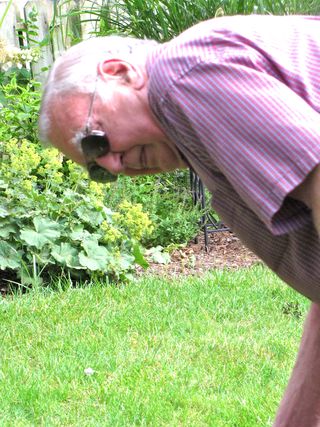 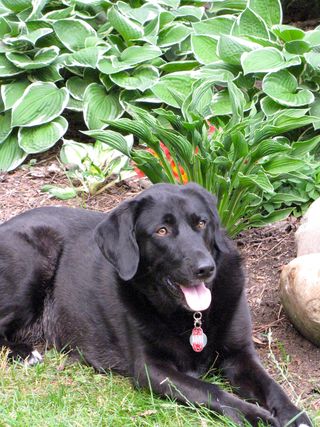 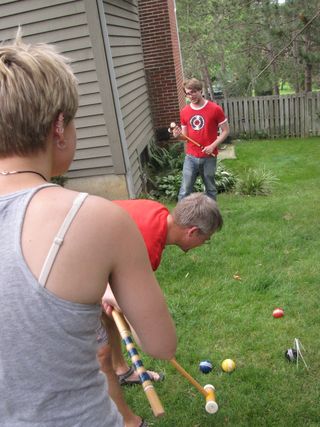 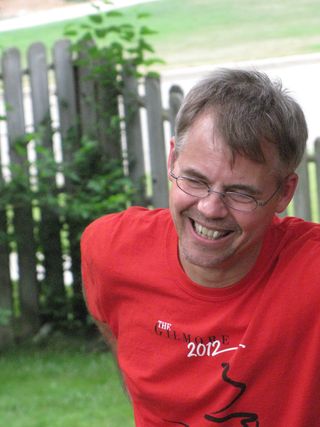 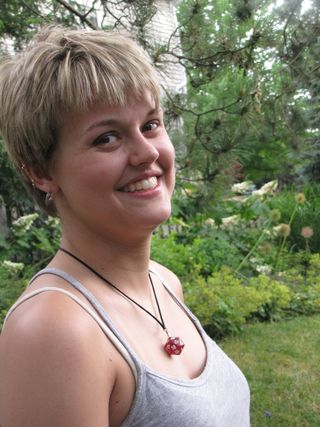 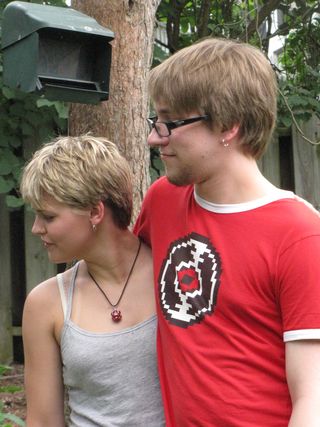 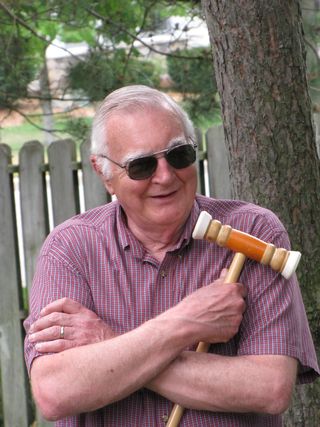 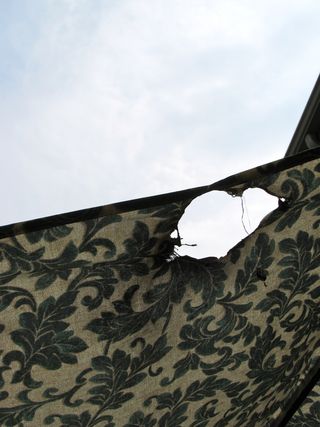 Tom:  Maybe the citronella torches are too close to the house, Kym.
Kym:  I don't think so.  I'm more worried about the patio umbrella.
Keith:  Maybe you should put the umbrella down?
Kym:  No.  I'll just tilt the umbrella away from the torches!

Oops.  For the record. . . Keith was right.  I totally should have put the umbrella down!

As for this year's Croquet Extravaganza winner? 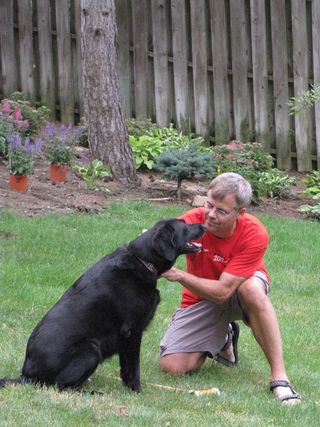 (That would be Tom.)

It's been years since I've played crochet! Your family knows how to keep a good rivalry going while still in competition! Fabulous!

Oooh, I'm glad the fire damage was relatively small. Looks like so much fun; like Margene, it's been years since I've played, too.

Whenever friends and I "rewrite" the rules to a game (pool, for example), we always say that we're going by "Montreal" rules. (A city I lived in for many years with many cultural differences.) People are usually bewildered by the whole thing!
Opponent: You cheated!
Me: No, we're playing with Montreal rules.
Opponent: Whaaaat?
Me: Don't worry about it, you'll learn!

I'm rooting for jenny-the-obstacle (and very glad the fire was limited to just a hole in that umbrella - yikes!!)

How appropriate that a father won the match!

Well, it was father's day so it's kind of good that Tom won. That thing with the citronella torches sounds like something I would do.

Fun times. It was nice to play again after two years. :)