Stepping Away from the Edge
Home Archives Profile Subscribe
On the Grid
Still Growing!

Usually, sometime toward the end of March, it hits. 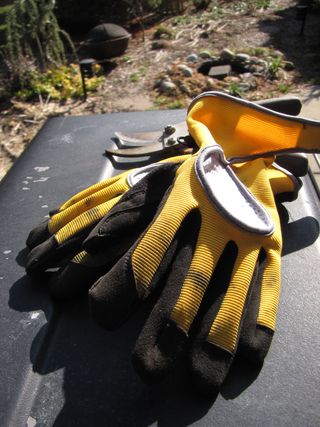 The urge to garden.  The desire to dig.  The need to feel the earth. 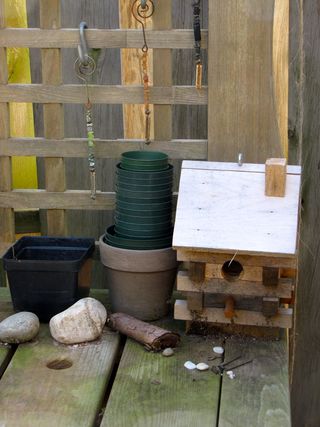 And usually, when it hits, there's not a dang thing I can do about it.  Because there's usually still snow.  Or thick ice patches.  And the ground is usually frozen. 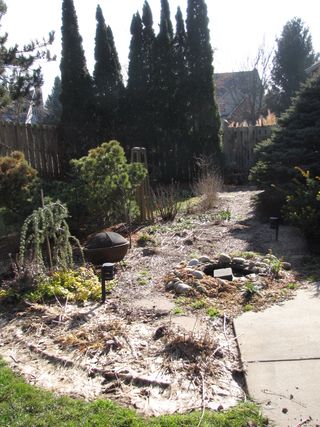 This is the winter-that's-not-really-a-winter; the what-if-they-gave-a-winter-and-no-one-came-winter; the lost season.  The ground is not frozen.  There is no snow cover.  Very bizarre.  And even though I've got daffodils poking through the ground. . . 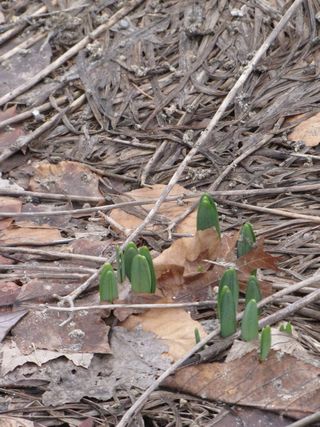 and hellebores sending up their blooms. . . 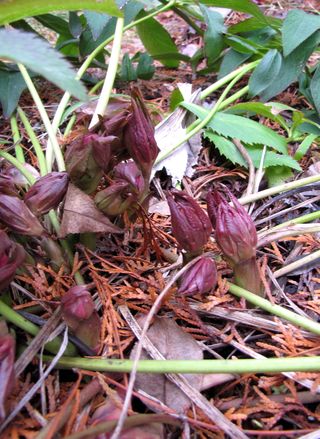 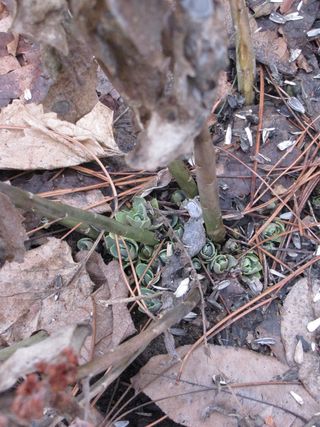 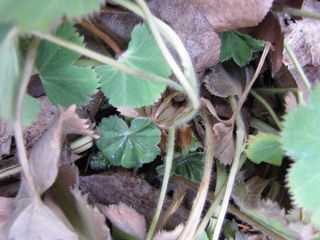 I can't trust that winter is completely lost.

But The Itch has arrived much, much earlier than is typical. 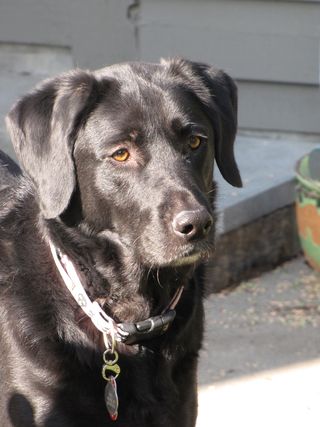 This intrepid pansy thinks it's here. 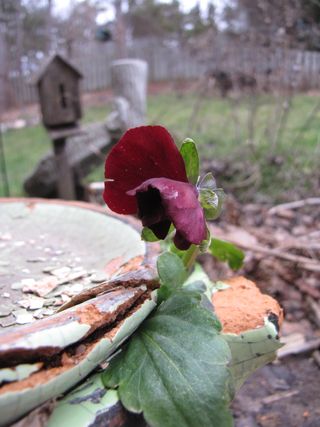 And the fish* are beginning to be a bit more active in the pond. 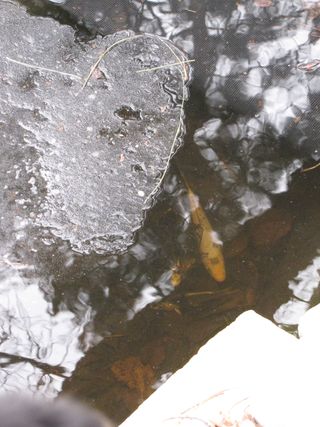 I don't think I've ever been out in my garden, actually tending and pruning and cleaning up, this early in the year. But I spent a lovely afternoon out there, doing just that, last Saturday.  It was wonderful to get out and get started.  But I think it may just make The Itch even more intense.  Because it can't really be spring yet.

*If you look closely, you can see all three fish are still hanging in there!  Boo is the big white one, Simon is the smaller one with the white face just to the left of Boo, and Garfunkel is black and hanging out just below both Boo's and Simon's noses.

I fear your brave little flowers may be in for a surprise yet this winter. But then again maybe it will be me! It really is the winter-that-never-came.
Yay! Your fish survived!

Just as we start to scratch that itch I'm afraid real winter will arrive. At least any winter we have now will be short!

My fear is that if we uncover our plants then winter really will arrive and they will get dumped on with lots of snow. I'm ready for spring, though. Of course, I'm generally ready for spring in November.

Easy winter here, too, but not THAT easy.

During our walk yesterday, I was worried about all those early signs of spring - what will happen if a real cold front with loads of ice and snow will decide to come visit us before the end of this weirdest of winters?

Spring has arrived here. I'm not happy. I love having the windows open and such but I am NOT READY for yard work or heat or any of that nonsense. feh

The winter of '86-87 was when we moved back to WI from OR and it was THE BEST winter to move a native of Southern California to Dairyland -- until now. It was amazingly warm that winter, but we did have snow fall from time to time (even if it quickly melted away).

you (almost!) make me want to get my hands dirty!! I can't believe this is michigan in february!!