Stepping Away from the Edge
Home Archives Profile Subscribe
Friday Round Up: A Blast of Color
Dressed to the Nines

When Brian was a little guy, he had no "hand dominance."  He didn't prefer using his right or his left hand.  At all.

He was equally skilled at using his right or left hand to eat, for example. 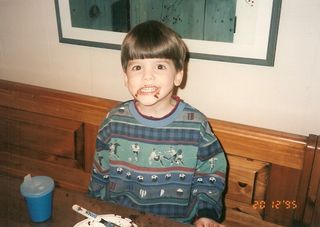 And when it came to writing or drawing, he was as likely to use his right hand or his left hand. 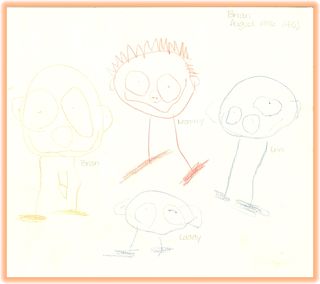 In fact, he actually often used his left hand to write or draw on the left side of the page and switch over to his right hand to continue on the right side of the page.  (This drove his first grade teacher bonkers.)

Eventually, he settled in to using his right hand for writing.  He made adjustments - likely based on adapting to living in a world with a right-handed preference.

But his ambidextrous tendencies remain strong.

In sports, he tended to prefer the left side.  He batted left in baseball. 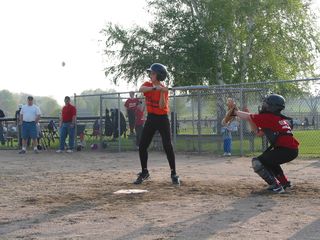 (Although he could also bat right.)

He was a lefty in hockey. 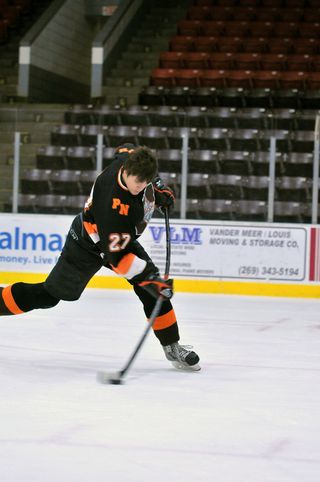 (Where you actually use a right or left handed stick.)

And in lacrosse, he could shoot well 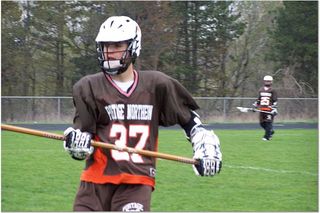 He's very good at skateboarding and snowboarding -- because he can "switch skate," or put either foot forward in the dominant position. 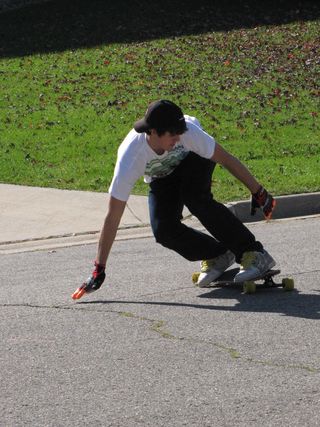 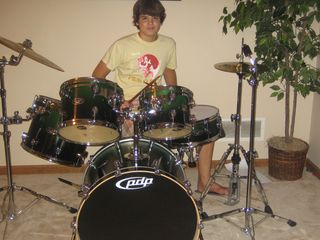 And that came very easily, too.  (Although he didn't care much for piano. . .)

I still see Brian eat left-handed quite often.  He uses tools left-handed from time to time.  I would say that Brian is fairly ambidextrous . . . living in a right-handed world.

Which he will now be putting to the ultimate test.

You see. . . he broke his right hand over the weekend.  (We see an orthopedic surgeon today.)  Let's hope he can make the necessary left-handed adjustments . . . and put his HANDy ambidextrous skill to work!

Ugh! I am so sorry to hear that Kym! Sending healing thoughts and wishes your and Brian's way!

Poor guy! Hopefully he will heal very quickly! He'll be served well by his ambidextrousness.

Crazy! My college son also broke his right hand two weeks ago... He lucked out with no surgery, though. Hope it's the same for Brian---and quick healing, too!

Hopefully the left handed writing will come back easily for him. Using a computer could be a challenge though...at least at first.
Wishing him pain free healing!

Oh geez. I hope he's not in too much pain. It's great that he's got mad left handed skillz, though.

An athletic injury, no doubt, given that this is Brian we are talking about. Good luck to him, and here's hoping they give him the GOOD drugs ;-)

Yikhes! I hope he will not need to have a cast on for too long.

Joseph is one of those too (can't spell that word sorry) and I find it amusing seeing him randomly choose which hand to use although he too mainly use his right hand.

Poor guy! I hope the Ortho doc has good news for him. He's very lucky that he can use both hands well.

Oh no! I hope he fares well and has a speedy recovery.

bummer. hope it heals quickly. (and good thing he doesn't knit - we can't do that with just one hand!!)