A Little Bit of Vindication

First of all -- can anyone tell me how it got to be September already?  Man.  I'm scrambling here to figure out where the summer has gone. . . 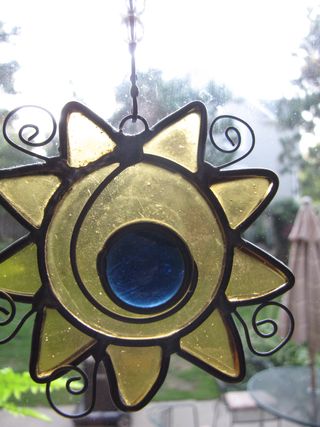 Now, then.  Last week I made a True Confession.  I think it's time for another one.

Sometimes (actually, more than sometimes) I peek at the end of a book before I get to the end.

Only a few people know about this.  Because -- whenever I happen to mention it (out loud) -- I get horrified reactions sort of like you might expect if I had announced that . . . I kick my dog (I don't) . . . or that I like one of my children more than the other (I don't). . . or that I dig up plants that are still living and throw them in the compost pile (well, ummmm, sometimes I do that).

It's always been amazing to me that most people think reading must be a linear exercise.

For me, I find that "knowing how it all comes out" actually helps me enjoy a book more.  When I don't know how things end. . . I find myself speeding along to get to the exciting (or even NOT exciting) conclusion.  If I'm fixated on plotline, I tend to ignore. . . dialogue; language; character development.  I don't enjoy the journey . . . if I'm tearing along to the finish line.

But, I've learned to keep this little secret to myself.  (I've met a few others like me -- but, most people think the "right way" to read is linearly.  And they are quite judgmental about those of us who. . . don't.)

Anyway.  While flipping through my copy of The Week magazine yesterday, I discovered this little blurb:

Mysteries without mystery
Have you ever been tempted to flip to the end of a mystery novel? Go ahead: Suspense, a new study has found, is irrelevant to our enjoyment of a story. In fact, say researchers at the University of California at San Diego, most people like stories more if they know in advance how they end—even with plots that hinge on a mystery or a twist. The researchers set up different versions of 12 short stories written by authors such as Agatha Christie, Raymond Carver, and Anton Chekhov. One came with an introduction that spoiled the ending; one had a spoiler embedded in the middle of the text; and a third appeared just as its author had written it. Surprisingly, readers who learned the endings of their stories up front reported liking them much more on a scale of one to 10 than did readers of the other two versions. Why? The pleasure readers get from a good story, researcher Jonathan Leavitt tells BBCNews.com, has far more to do with the quality of the writing and character development than with a nail-biting plot. Once a reader knows how a story turns out, Leavitt says, he or she “can focus on a deeper understanding of the story.”  (From The Week, September 2, 2011; volume 11; page 23)

And speaking of reading . . . my reading has nearly slowed to a crawl this summer.  Why?  Well.  I've been reading this:

But I'm going to need some lighter fare for a while.  Good thing the new Louise Penney "Three Pines mystery" came out this week!  (Maybe I'll read the ending first. . . maybe I won't.  I'll never tell!)

I don't peak but I do speed read to find out what happens. I listen to alot of audio books and the only drawback is that if you get bored you can't speed to get the end, but what I have done is buy a cheap second hand copy and done the speed reading instead!

I often do the same thing you do (so does my mom--a writer), and I get criticized for it also. I know several authors, and they don't always write in order, so why should I read in order?

I used to do that but I don't any longer. I can honestly say that I do completely rush a story though! (That is when I read these days - I read 1/3 of The History of Love on July 11th and haven't picked it up since - ugh!)

I do the exact same thing and I've found that it definitely enhances my enjoyment of a story. I figured this out when I started listening to books - you can't "flip" to the end of an audio and I don't enjoy the not knowing the end which makes me enjoy audiobooks slightly less then printed books.

Now this is something to think about and consider. I've been so totally ingrained into believing that you HAVE to read front to back, no skipping or checking out the ending, that I never consider anything else. Maybe that is how I'll finally get through "The Woman in White"...or maybe that is how to find out how it ends and not have to plow through all the rest of it! ;)
I've reread books with equal enjoyment or more than the 1st time and I knew the ending then...
xo

No peeking here, but our local bookstore held a vote in early July: do you peek at the end or not! There were stickers for each type of vote, and patrons cast their votes on a poster by the register. I was shocked, shocked I tell you, by the number of people who peek, including my own dear sister. ; ) But as she's a middle school reading teacher, I think she knows something about the topic!

While I'm not bothered by people who peek (almost everyone I know does), I love the process of a story unfolding, the journey through the book. I have the new Louise Penny and I'm so excited to read it. Maybe this weekend!

I'm so glad I'm in good company - I like to peek at the ending to be sure I'm going to want to read through the story to get there! ...and I haven't heard of Louise Penny - thanks for the tip!

I think I may need to start peeking.