Stepping Away from the Edge
Home Archives Profile Subscribe
It's All A Blur!!!
Pink in the Garden

When Brian was in Kindergarten, he played soccer. 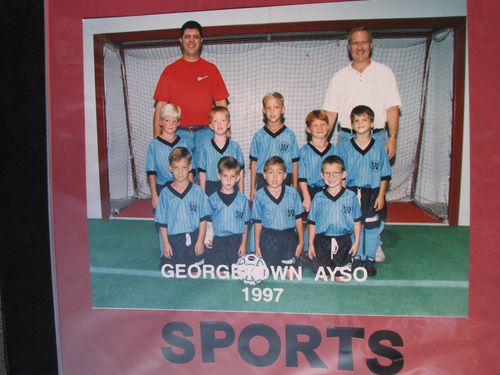 These games were fun to watch -- because the little guys, for the most part, just ran around the field in a pack.  They sort of followed the ball around, and occasionally they made (what Tom and I called) "intentional ball contact." 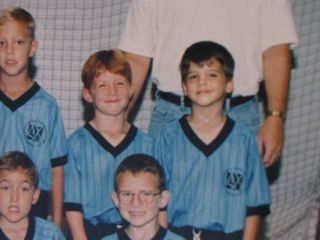 Brian wanted to make a goal.  Badly.  So, one day before a game, I convinced him that the "V" design sewed into his little soccer shoes were "SUPER V"s and they game him Super Powers.  All he had to do was activate the power of the Super V, and he would kick with extra power!

It worked.  He scored a goal.  It was all the Super Vs, you know.

He didn't play soccer for long, but the Super V power followed him . . . into baseball. . . 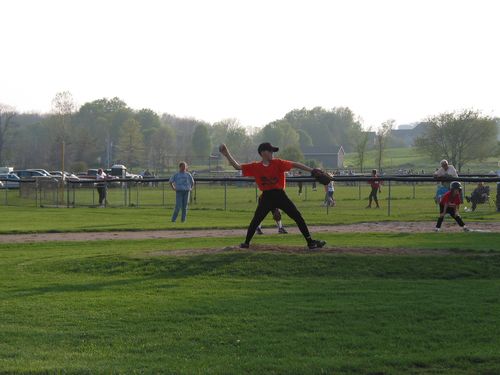 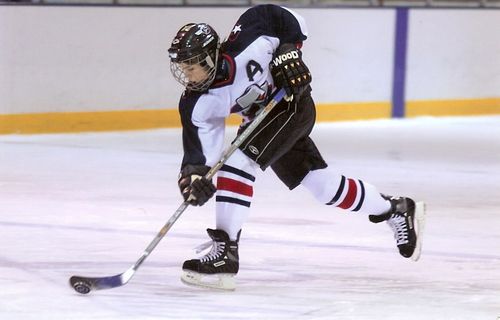 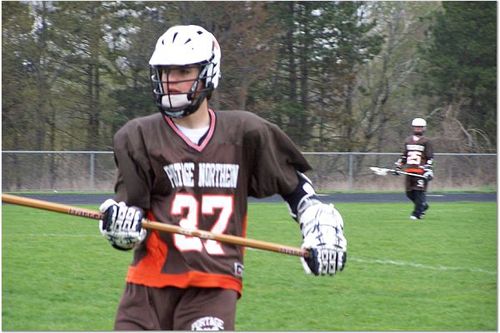 Of course, once he outgrew those little soccer shoes with their built-in Super V design, we had to add our own Super Vs.  Brian's sports equipment was always covered with marker-drawn Vs -- which were "freshened up" before any tryout or Really Big Game.

Here are his hockey gloves from high school. 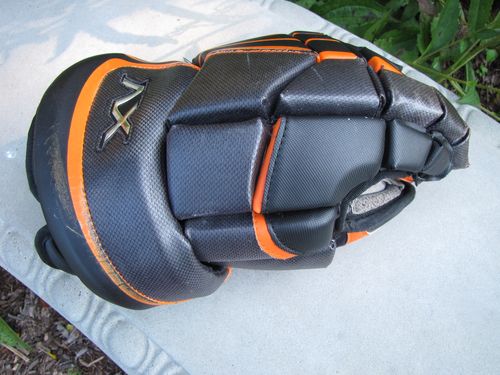 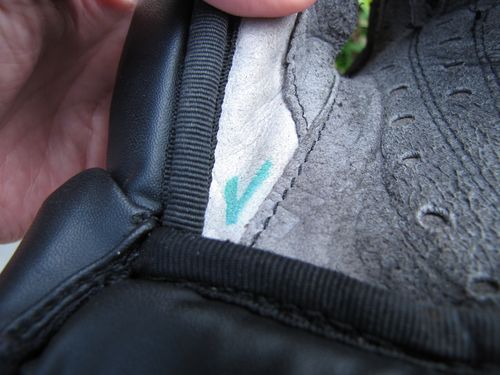 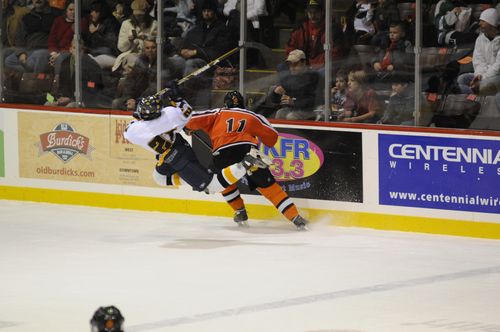 Last year, when I went to watch Brian in The Pull at Hope College, this brought tears. . . 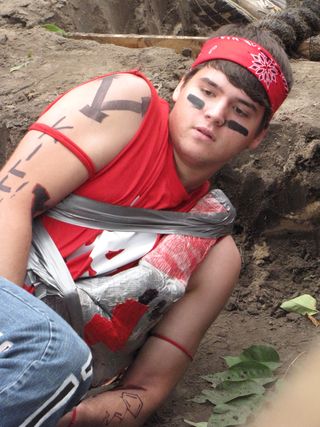 The Pullers adorn their bodies with symbols of strength -- and Brian had chosen to include Super Vs.

Yesterday, Brian made the Super V a permanent part of himself. . . with a Super V tattoo. 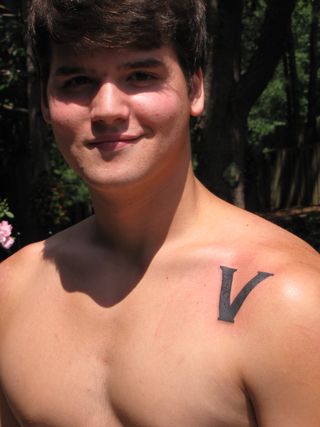 He was very thoughtful about it.  It took him about 18 months to decide whether to get the tattoo -- and where.  When he finally decided, he took me with him.

He explains the V as "a symbol of strength between my mom and me." 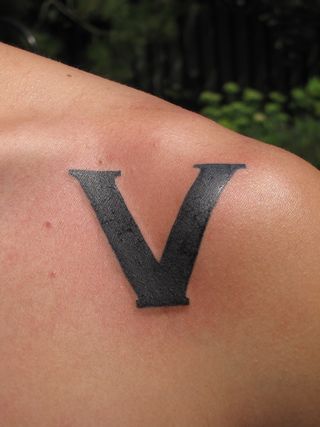 The Super V is a great symbol to carry with him throughout life! Thank you for sharing his story, his strength, and yours, with us!

Oh Kym. This is a wonderful story and his tattoo is awesome. What a tribute to his love for you and the confidence the love of a wonderful mom can give a kid.

And also - you totally just made me cry.

And you made me cry! What an wonderful testmament to family AND especially Mom.

You gave him the ability to concentrate on using his Super V power to connect with the ball...and it worked. A gift to him and the tattoo is a gift back to you. Touching story, Kym!

Aw. That is amazing. I'm in tears over here, too. Awesome kiddo, that one. And, obviously, awesome mom, too!

:D I'm glad he finally got the tattoo. I think it'll help him always use the Super V powers.

You have a very sweet son!!!

Aw, that is enough to bring tears to a mother's eyes. Ya done good!