Stepping Away from the Edge
Home Archives Profile Subscribe
Pink in the Garden
Calgon! Take Me Away!

Now Everything is Easy

Once upon a time, there were two college students. . . 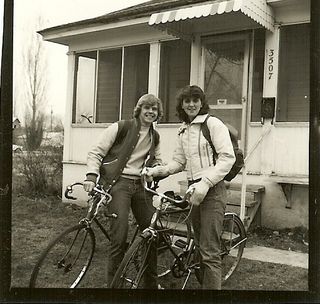 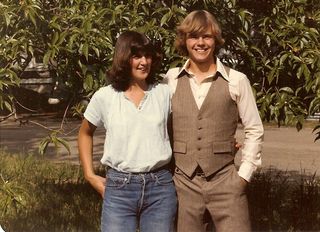 and decided, what the heck, let's get married. . . 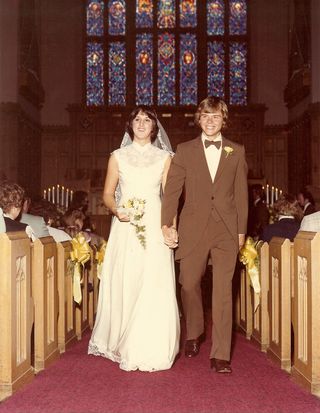 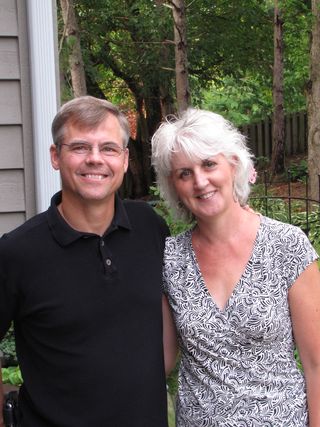 That's 30 years. . . over three states, six moves, five degrees, three houses, two kids, five pets (not including gerbils and goldfish), nine cars (not including the kids' cars -- that would be a Ford Fiesta, two Mazda sedans, two minivans, the Exploder Explorer, and three Subarus), three downsizings, one major building project, one bout with cancer, two marathons (and No More!) . . . and more happy memories than I can count.

You look as lovely now as the first picture on your bikes!!!
We share the same anniversary day. Congratulations to both of you !!! To many many more anniversaries full of health and good things!!!

You look so happy together! The perfect match! Happy Anniversary and many more

Yay for you two!! It's so nice to read about happy couples, people who found each other, love each other over and through the ups and downs of life. You two are beautiful together!

Many many congratulations, Tom and Kim!
Two peas in a pod- Cute ones too!

All the best to you both on this very special day!

Life is an interesting and wonderful thing and life with the perfect person is just that much better!

Happy thirtieth anniversary. A lovely looking couple, then and now. Wishing you many more happy years to come.

What a wonderful journey. Wishing you many happy times together in the years to come. Happy anniversary.

Happy 30! The same smiles are on your faces in EVERY photo :-)

Happy Anniversary Kym and Tom! Wishing you a solid 30 more!

Happy anniversary! Have lots of fun with your celebrations!