The Kids are Alright

I've always been the kind of mom . . . who likes and appreciates my kids at whatever age they ARE.  Although I have many happy memories of their babyhoods and childhoods and adolescenthoods, I'm never wistful about "days gone by."  I never wish to return to the days of diapers or kindergarten or middle school (really not the diapers. . .).  I just like being a part of my kids' unfolding lives. . . at every stage. 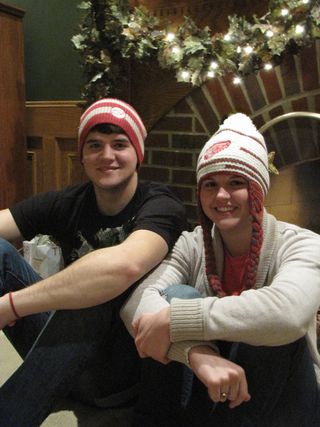 That said, I can express, with total truth, that Tom and I had no trouble adjusting to The Empty Nest earlier this year.  We love the kids.  We like it when they come home.  But.  We like having our own routine, living by our schedule, only doing 2 or 3 loads of laundry each week.  We've become accustomed to knowing where the remote controls are. . . being able to find a pair of scissors when we need it . . . only running the dishwasher a couple of times a week. . . actually planning to eat leftovers AS ANOTHER MEAL. . . never running out of milk.  That kind of thing.

So it's a bit of an adjustment when the nest fills up again. . .  and I have a recurrence of my Worst Laundry Nightmare. . . 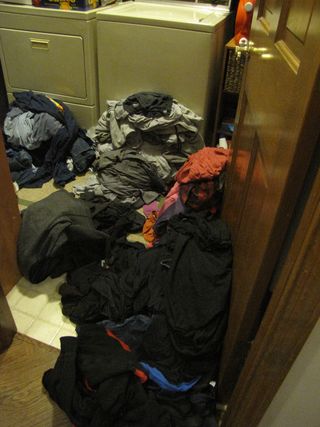 and it quickly becomes apparent why I can never find a clean glass (let alone a pair of scissors). . . 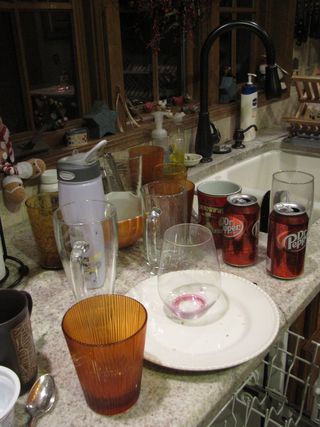 (Brian is on "Dishwasher Patrol" . . . but his standards are, well, different from my own.)

My mudroom hallway has become an obstacle course of footwear. . . 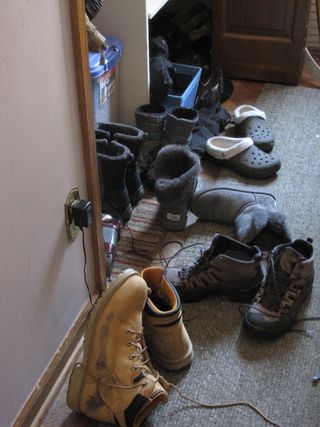 and my family room has taken on that "man cave" look only appreciated by college boys ("What's wrong with it, Mom?"). 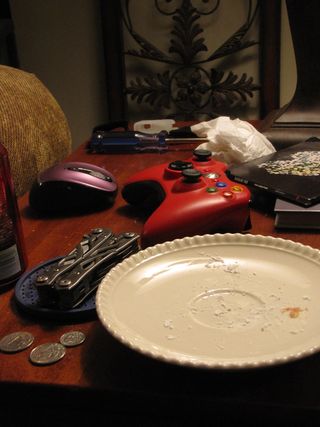 The funniest thing, though, is that. . . I never SEE the kids (except at dinnertime). . . I just see their detritus.  Because they are really vampires.  They sleep all day (until dinnertime) and stay up all night.   Brian stays in the "man cave" playing "Black Ops" (and other equally loud games) . . . or goes out with local friends.  Erin misses her boyfriend and spends all her time in her room on her computer. 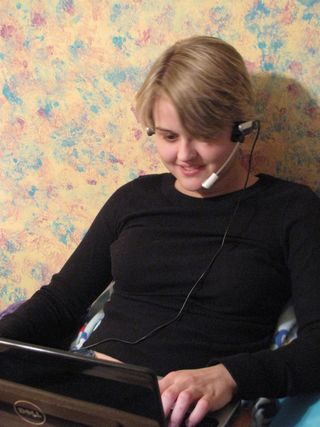 Even though her boyfriend is at home in Florida and she is at home in Michigan, thanks to the interwebs, wi-fi, and Skype, they can play games together, watch movies together, and chat together ALL of their (waking) hours!  It's almost as good as being together (except. . . not. . . as Erin so poignantly explains).

It is amazing how quickly we can adjust to the empty nest thing - and how it becomes crazy when they come back to visit.

You are singing my song! Let me know when you're heading to New England...we'll have some empty nester fun. :-)

hahahaha I laughed out loud when I read this post! It's nice to know my home is "normal" and that I am not alone! We are living parallel existences :)Good thing I am a Twilight fan and partial to vampires! :)

Hehehehe,,, so I don't need to feel guilty resenting the mess associated with every visit? I know, I know!

too-too funny...
Happy New Year to you- kid stuff and all!

We've doubled the population in our house too! All I know is how quiet and empty it seems after they leave....I'm not looking forward to that at all...

Exactly. We love to see them come and love it even more when they leave again!