On the last morning of our road trip last weekend, my mom and I took Erin out for breakfast at the local Bob Evans restaurant.  Things were hoppin' there at Bob's . . . as you might imagine on a Saturday morning in small town Ohio.  Still, we were most surprised when a sweet little old man shuffled over to our table and announced. . .

"I love to sing to beautiful women!  What will it be. . . Bing Crosby, Tex Ritter, or Dean Martin?" 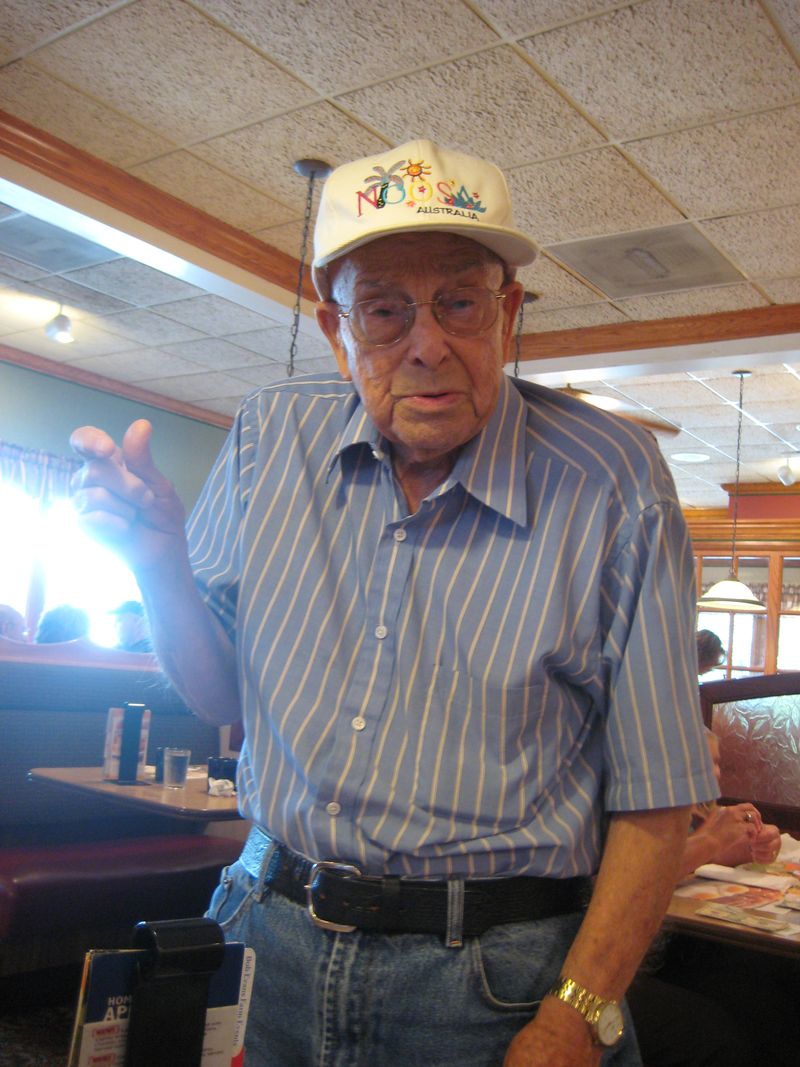 Initially, we were totally caught off guard and we just chit-chatted with the little man, hoping he'd just shuffle away.  Quietly.  None of us was eager to be serenaded by an 84-year-old man (that's how old he was)  in the middle of a busy Bob Evans restaurant!  But then it came again. . .

What the hell.  I picked Dean.  And this little man crooned out a Dean Martin song -- on pitch; perfect rhythm; clear, smooth voice.  He kind of sounded like old Dino himself!  And then he moved on. . . shuffling to the next table where I could hear him ask. . .

The shuffling and the options and the crooning went on for some time there at the Bob Evans in Newark, Ohio.  Our waitress told us he comes in and does this every morning; that she's worked at Bob Evans for 5 years, and he was doing it even before she started.  I heard a lot of Dean and Bing tunes in the air on Saturday morning!  I don't think there were any Tex Ritter fans in the house.

Before he shuffled out of the restaurant, he returned to our table and crooned out one more Dean Martin tune.  I think he liked me . . . I'm sure it was the hair. . . and that's when I snapped these photos. 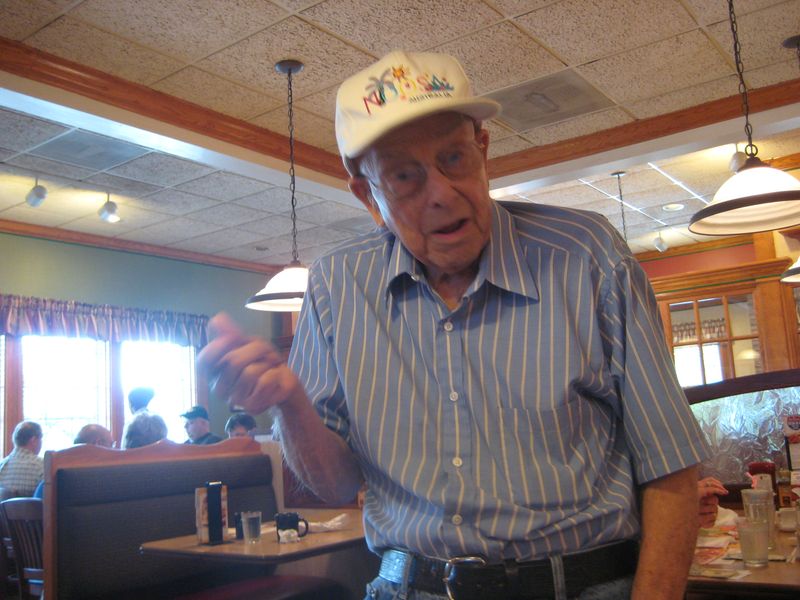 "The girls at the bank call me Roberto!"

I'll bet they do!

Ha! My mom and I were just talking about the elderly gent who'd serenade us (with his guitar - he always had his guitar with him) at the antique mall (that mom owned and I managed 10 years ago or so) whenever he came in.

He just a doll and a character, too. What a fun guy to run into!

What a sweet little old guy! Isn't interesting that he came up with the idea to sing to people? Aren't you glad that he has a good voice?!?
xo

I'll bet it's keeping him young!